Corruption and Consequences in Singapore? 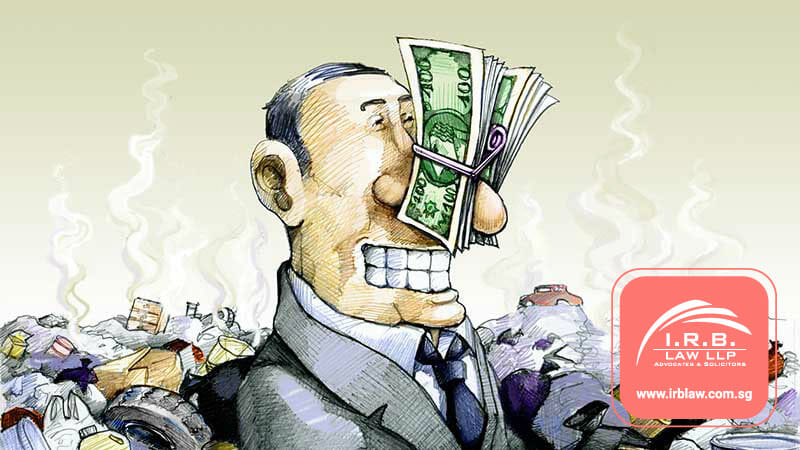 In recent years, corruption cases in Singapore have occupied local headlines with increasing frequency. This article seeks to explain what constitutes corruption under the law of Singapore and the possible legal consequences and punishments of a corruption conviction.

The offence of corruption

S 6 of the PCA applies to situations in which it is the agent who commits corruption in respect of his principal’s affairs. Further, S 6 of the PCA also makes it an offence for a person to knowingly give an agent any materially false or erroneous document (e.g. receipts and accounts) where the person knows that the agent intends to use the defective document to deceive his principal.

The maximum penalty for a person or agent who enters a corrupt transaction is a fine not exceeding $100,000 or imprisonment for a term not exceeding 5 years, or both.

The maximum penalty for corruption cases involving the Government or any public body may also be enhanced to a fine not exceeding $100,000 or imprisonment for a term not exceeding 7 years, or both.

Factors considered by the court in determining the appropriate sentence

The court determines an appropriate sentence based on the facts and the specific nature of the corruption in each case.

As a starting point, both public and private sector corruption may attract a sentence of imprisonment. Private sector corruption offences which register a lower level of culpability may be dealt with by the imposition of fines (i.e. offences involving a lower amount of gratification, below $30,000 and causing no real detriment to the interests of the principal). However, the starting point for sentencing for a private sector offence which involves a significant amount of gratification which was received over a lengthy period of time or a compromise of one’s duty or a serious betrayal of trust would be imprisonment.

The court then examines various factors of the case in determining the appropriate sentence to be imposed.

(a) Amount of gratification

The fact that the corruption occurred regarding an industry which is strategically and economically important to Singapore is considered an aggravating factor. This is because allowing corruption to take root in such industries could cause a loss of confidence in the industry and have severe economic ramifications on the country.  As such, corruption involving such industries would attract heavier penalties.

(c) The role played by the offender in a corrupt transaction

The court has accepted that the level of culpability of the offender (i.e. the wrongdoing of the offender) could be dependent on the offender’s role in the corruption. For example, an offender who did not initiate corruption but merely succumbed to commercial pressure and solicitation exerted upon him by the recipient might face a less severe sentence.

The fact that the corrupt acts could compromise the safety of innocent third parties has been considered an aggravating factor in support of a more severe sentence against the offender.

Clean and honest dealing has been held by the courts to be a key competitive advantage. As such, corruption is both a moral and economic scourge on Singaporean society and is dealt with severely in our courts.