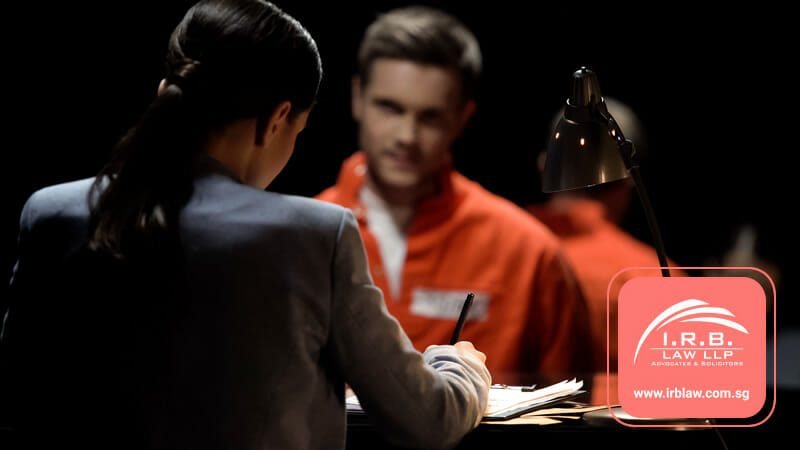 When a person is obligated by law to do anything or thinks himself to be bound by law due to a mistake of fact in good faith, no offence is committed. This defence is not applicable if the accused person committed the crime while making a mistake. This defence is frequently invoked in conjunction with the ‘superior orders’ argument to defend individuals who follow legitimate orders. The defence does not apply, however, if the commands are illegal unless the soldier can show that he considered himself compelled to follow because of a mistake of fact.

Section 76 of the Penal Code mentions the exception of when a person is bound by law while section 79 mentions the exception of when a person by mistake of fact believes himself to be bound by law to do an act. According to the Penal Code, if A, a soldier, fires on a mob on the orders of his senior officer and under the law, A has committed no offence.

Persons working in a judicial position are protected from criminal liability under the Penal Code. This immunity is conferred in the interests of justice since the judge must be allowed to fulfil his judicial role without fear of the repercussions of reaching an incorrect result. It states that nothing done, by a judge while acting judicially in the exercise of any authority assigned to him by law, or which he believes to be conferred to him in good faith, constitutes an offence. This is mentioned under section 77.

A Mistake or Ignorance of Law is not a Defence

An accused person may use the defence that his alleged criminal action was accidental or unintended and that he did not have the required criminal intent or knowledge at the relevant time, as mentioned in section 80 of the Penal Code. Nothing that is done by accident or misfortune, and without any criminal aim or knowledge, in the course of doing a legitimate act lawfully, by legal means, and with proper care and caution, constitutes an offence, according to the Penal Code. The accused who uses this defence is effectively denying that he possessed the necessary mens rea. As a result, if the substance of the offence is negligence, this defence may not be easily available.

The necessity defence is codified in Section 81 of the Penal Code, which states that nothing is an offence simply because it is done with the knowledge that it is likely to cause harm, as long as it is done without any criminal intent to cause harm and in good faith to prevent or avoid other harm to person or property. In such a circumstance, it is a question of fact whether the injury to be prevented or avoided was of such a character and magnitude that it justified or excused taking the risk of conducting the act knowing it was likely to produce harm. The necessity defence is available only if the accused behaved reasonably and proportionately to prevent a threat of death or serious injury.

Nothing is an offence committed by a person who, at the time of the act, is incapable of recognising the nature of the conduct or that he is doing something that is either unlawful or against the law due to insanity. It is not a defence, however, if the accused individual claims that an irresistible urge drove him to perform the crime. Insane delusions, hallucinations, and other mental illnesses can be used to defend the unsoundness of the mind. Only the accused individual has the right to raise the defence of insanity, and neither the prosecution nor the court may do so if he decides not to. The onus is on the accused to prove his or her case. This is mentioned under section 84 of the Penal Code.

Intoxication shall be taken into consideration when evaluating whether the person charged had formed any particular or general intention, without which he would not be guilty of the crime. On the balance of probability, the accused bears the burden of proof in demonstrating that he falls under the provisions stated.

Consent is a defence in the following scenarios under the Penal Code:

1) Unintentional conduct performed with consent that is unlikely to result in death or grievous hurt. Any harm that it may cause, or is intended by the doer to cause, to any person over the age of 18 who has given consent, whether express or implied, to suffer such harm; or any harm that it is known by the doer to be likely to cause, is not an offence. This is mentioned under section 87.

2) By consent in good faith for the person’s benefit, an act not meant to cause death is performed. Any injury that a person may cause, or that the doer intends to cause, or that the doer knows is likely to cause, to any person for whose benefit it is done in good faith and who has given consent, whether express or implicit, to suffer that harm, or to incur the risk of that harm, is not an offence. This defence is mentioned under section 88.

3) Act performed with the consent of a guardian in good faith for the benefit of a child or a mentally ill person. When an act is done in good faith for the benefit of a person under the age of 12 or who is mentally ill, with the guardian’s or another person in lawful charge of that person’s consent, either express or implied, it is not an offence because of any harm that it may cause, or that the doer intends to cause, or knows to be likely to cause, to that person, as mentioned under section 89.

These defences are mostly applicable to doctors or surgeons while performing surgeries. In specific instances outlined in the Penal Code, consent may be revoked. If the permission is granted under the following situations, no consent is given, as according to section 90 of the Penal Code.

Consent may be waived in certain instances, according to the Penal Code. This may occur when timely consent is hard to get or when there is no one in authority to provide such consent. Nothing is an offence because of any harm it may cause to a person for whose benefit it is done in good faith, even without that person’s consent, if the circumstances are such that it is impossible for that person to signify consent, or if that person is incapable of giving consent, and has no guardian or other person in lawful charge of him from whom consent can be obtained in time for the thing to be done with benefit, according to section 92 of the Penal Code.

Communication Made in Good Faith

No communication made in good faith that causes any harm to the person to whom it is made constitutes a crime under the Penal Code if it is made for that person’s benefit. The goal of the legislation is to safeguard the well-intentioned individual who provides information that may cause harm to the receiver. This is mentioned under section 93.

Section 94 of the Penal Code states that duress is a defence for all crimes except murder and crimes against the state punished by death. Aside from these exceptions, nothing constitutes an offence if it is committed by a person who is coerced to do so by threats that properly induce the apprehension that instant death will otherwise be the result. This is granted, however, that the person doing the act did not place himself in the circumstances in which he was under such restriction of his own volition or from a genuine fear of injury to himself short of imminent death.
To be eligible for this defence, the accused must have been threatened with immediate death that was urgent, severe, and impending at the moment of the offence. Furthermore, the threat of instant death must be aimed at the individual who invokes the duress defence. A defence of duress will not be supported by threats of future violence. Similarly, if the offence is accomplished after all dangers of instant death have passed, the perpetrator is not protected. Acts committed as a result of threats to the property are likewise not covered by this defence. The accused bears the burden of proving that the act was performed under duress.

Nothing constitutes an offence because it causes, or is intended to cause, or is known to cause, any harm if that harm is so minor that no person of ordinary sense and temper would complain of it, as stated in section 95. The purpose of this clause in the Penal Code is to grant relief to offenders who have committed minor or insignificant offences, even if they may be considered offences under the Code.

1) Beyond a Reasonable Doubt: In a criminal case, the prosecution bears the burden of proving that the defendant is guilty beyond all reasonable doubt. This means that the prosecution must convince that there is no other reasonable explanation that can come from the evidence presented at trial.

2) Statutory Presumption: Some statutes create a statutory presumption so much so that certain facts are presumed without being proved.

3) Burden of Proof: Burden of proof is a legal standard that requires parties to demonstrate that a claim is valid or invalid based on facts and evidence presented.

4) Balance of Probability: The balance of probability standard means that a court is satisfied an event occurred if the court considers that, on the evidence, the occurrence of the event was more likely than not.

5) Mistake of Fact: A mistake of fact may sometimes mean that, while a person has committed the physical element of an offence, because they were labouring under a mistake of fact, they never formed the mental element.

6) Superior Orders: Superior orders, also known as the Nuremberg defense or just following orders, is a plea in a court of law that a person, whether a member of the military, law enforcement, a firefighting force, or the civilian population, should not be considered guilty of committing actions that were ordered by a superior officer or official.

7) Criminal Liability: Criminally liability refers to when a person can be held legally responsible for breaking the law.