Excellent Criminal Defence Lawyers – I.R.B. Law LLP – Discussion about our lawyers, our cases, our good work, our good reviews and our commitment to your case. 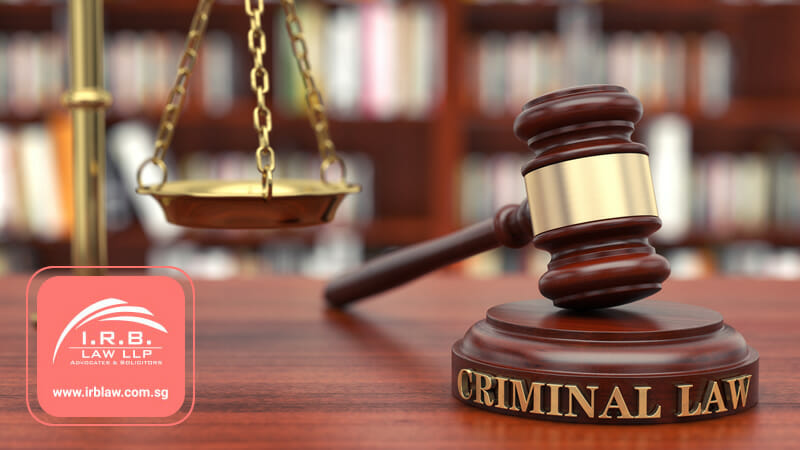 Did you know that I.R.B. Law LLP has more than 15 excellent criminal defence lawyers and the numbers of our lawyers advising clients on their criminal defence are ever-increasing? These are quality lawyers are from various backgrounds and they have represented clients in many cases such as:

Many of our lawyers were previously prosecutors in law enforcement agencies or the Attorney-General’s Chambers. They have clear insight into prosecutorial discretion and will assist you to take the best course of action for your criminal charges to ensure that the best outcome is achieved.

The congregation of the humblest lawyers with exceptional hardwork, track record and experience in one place means that you will always be able to tap on a rich pool of experience and knowledge in criminal law to defend, mitigate and advise you.

Our criminal lawyers will evaluate your case constantly. From multiple consults to minute updates and responses for help on your matter till the conclusion of your case, we will be there for you every step of the way. We will transparent, we are well-read on the latest cases and punishments for criminal law charges and sentencing trends in the Criminal Courts. We will be able to advise you on the chances of appeal, the chances of a custodial sentence versus a fine for the offences, the chances of reducing your charges so that you may be charged under a section under which you may be punished for a lower sentence.

In this article, we have decided to discuss some cases that we see on an upward trend. A lot of persons are getting charged for nuisance, disorderly behaviour, affray, abuse of public officers, unlawful assembly and rioting. The most shocking observation is that these persons believed that their actions were entirely lawful or were acting in self defence. Our lawyers emphathise with our clients but will guide them to mitigate their actions and/or make payment of restitution so that the Courts and the Attorney-General’s chambers give them a second chance. Most importantly, our clients are encouraged to feel genuine remorse to victims and efforts are always made by our clients to communicate their apologies to the victim and society at large.

We also have statistical evidence to prove that clients who have engaged us as soon as a potential offence or crime is disclosed have had the best result with the law enforcement agencies or with the Courts for their mitigation pleas, restitutions offers, dropping of criminal charges or alternative punishments such as mandatory treatment orders, short detention orders, probation, reformative training, compounding of offences and impositions of fines.

We discuss below some specific offences:

You may be charged for causing public nuisance under Section 268 of the Penal Code for Public Nuisance if you behaved in an “anti-social manner” in public. Specifically, if you cause injury, danger or annoyance to the public or people in the vicinity, you may be guilty of an offence. Please note that actions such as loud shouts, gesticulations, obstructing people or traffic may also amount to public nuisance. At the end of the day, what amounts to public nuisance depends on the all the facts and circumstances of the case.

An offence of causing a public nuisance, is punishable under Section 290 of the Penal Code as follows:

Another reason “not to lose your marbles”; Please note that you could be charged for “Disorderly Behaviour” if you exceed the bounds of what is considered acceptable behaviour in public. The relevant section catches any riotous, disorderly or indecent behaviour on any public road. Remember this poor person who was caught riding on the expressway naked recently? [Naked man seen climbing on car, riding motorcycle without helmet arrested]. He was seen climbing the top of a car and riding naked on a motorcycle without a helmet.

Section 20 of the Miscellaneous offences (Public Order and Nuisance) sets out the offence of “Disorderly Behaviour” as follows:

any riotous, disorderly or indecent behaviour in:

any riotous, disorderly or indecent behaviour in or in the immediate vicinity of any:

There is no such thing as an innocent brawl. Called “Affray” punishes persons under section 267A of the Penal Code for fighting in a public place. This used to be an offence that attracted fines in the past but in our experience in recent times, this offence has attracted custodial punishments I.e. imprisonment for a number of weeks depending on the previous relevant antecedent of the accused persons, the injuries sustained by the accused persons, whether the offence was pre-meditated etc.

Section 267A of the Penal Code states that the offence is committed by 2 or more people who disturb the public peace by fighting in a public place.

Tussles, scuffles, heated altercations and even road rage may amount to a prosecutable charge of Affray.

There is no requirement of injury to anyone or damage to any property for you to be charged. You will be charged as long as your acts caused a disturbance of public peace.

The law is even-handed and the Court will not distinguish the punishment for persons involved in Affray based on factors such as who started the affray or who caused more injuries.

The worse you can do is to take it out on the authorities who are there to assist. Any form of abuse on a public servant will be an offence and you will be charged for the same and presented in Court mentions for you to indicate if you are going to fight the charge or plead guilty.

Please do not lose control over your behaviour and abuse public servants. Abuse includes:

Under Section 6 of the Protection from Harassment Act any person who speaks, behaves or communicates in any indecent, threatening, abusive or insulting manner towards a public servant or public service worker when he or she is executing his duty is guilty of an offence, punishable with up to 12 months’ imprisonment, a fine not exceeding $5,000, or both.

Voluntarily Causing Hurt to Deter Public Servant From their Duty

Under Section 332 of the Penal Code any person who voluntarily causes hurt to a public servant in the discharge of his or her duty or with the intention of preventing or deterring a public servant from discharging his or her duty is guilty of an offence. This offence is punishable by a maximum sentence of 7 years’ imprisonment, or with a combination of imprisonment, fine, and/or caning.

Under Section 141 of the Penal code, an unlawful assembly is an assembly of 5 or more persons who share amongst themselves one of the following purposes:

Members of an unlawful assembly may be imprisonment of up to 2 years, a fine, or both.

Unlawful assembly offences may arise in a myriad set of circumstances. For example:

The offence of rioting is set out in Section 146 of the Penal Code: whenever force or violence is used by an unlawful assembly or by any member thereof, to achieve the common object of the assembly, every member of such assembly is guilty of the offence of rioting. Rioting is punishable under section 147 of the Penal Code, with imprisonment of up to 7 years and possibly caning.

Under Section 148 of the Penal Code, anyone who is guilty of rioting, being armed with a deadly weapon or an object which can be used as a weapon of offence, which is likely to cause death, shall be liable to imprisonment extending up to 10 years as well as caning.