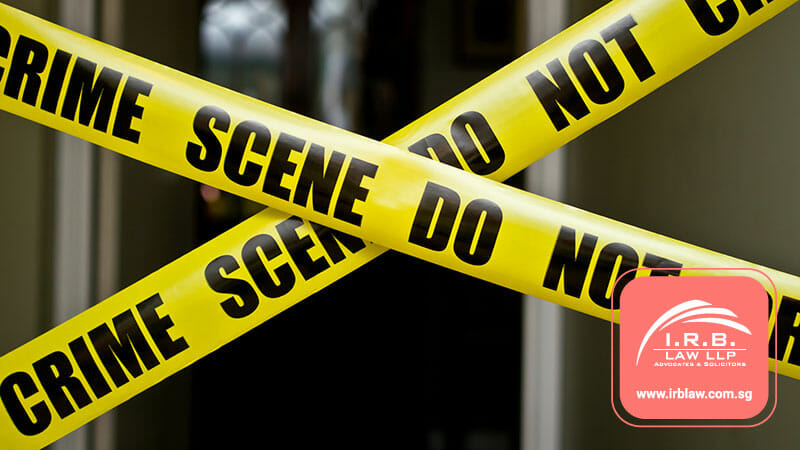 Recently in the news, we would have taken notice of the 69-Year-Old Boon Tat Street Murder or even the murder at Yishun Ring Road. With news headlines these days, you may have come across the term ‘manslaughter’ which is often used by the media to refer to acts of killing that do not qualify as murder. In case you were wondering what this term means, we have prepared a helpful guide to the difference between manslaughter and murder in Singapore law.

Manslaughter is a legal term used in some common law countries (those whose legal systems originate in English law) to refer to a homicide that is considered less blameworthy than murder.

How does Singapore law deal with manslaughter?

Lawyers will tell you that Singapore does not have an offence of manslaughter. However, Singapore law does deal with crimes of homicide in a similar way.

In particular, not all acts of killing are automatically considered murder. Instead, when a person is killed in Singapore, the person responsible for causing the death may be charged with one of a number of offences:

The distinction between these offences is very important when it comes to sentencing. This is because, on one extreme, the maximum penalty for murder is death (a mandatory sentence if the killing was caused with the intention of causing death), while on the other extreme, the maximum penalty for causing death by a negligent act is imprisonment for two years.

Murder is a very serious crime which attracts severe punishments. Section 300 of the Penal Code states that a person commits murder if he or she causes the death of another person while possessing any of the following states of mind:

Additionally, under Singapore law, it is still murder in Singapore even if the offender did not intend to kill the actual victim but instead intended to kill someone else. This covers situations in which a bystander, rather than the intended victim, is killed by mistake. In such situations, the offender would still be charged with murder.

The maximum sentence for murder is the death penalty, which is mandatory for murder under the first limb of section 300 – in other words if a person caused the death of another person with the intention of causing death.

If a person committed murder under any of the remaining three limbs of section 300 – that is, causing death of another person without the specific intention of causing death – then the death penalty is optional and the Court may instead choose to impose a sentence of imprisonment for the rest of the person’s natural life, with caning.

It is important to note that the death penalty is not imposed on persons under the age of 18 or on pregnant women. In these cases, life imprisonment is imposed instead.

Special exceptions to murder in Singapore

A charge of murder can be reduced to one of culpable homicide not amounting to murder if one or more of the special exceptions to murder, found in section 300 of the Penal Code, can be successfully proved.

Culpable Homicide Not Amounting to Murder in Singapore

If the offender is not found guilty of murder, he or she may be found guilty of culpable homicide not amounting to murder. This is a less serious charge than murder. Although it is not punishable by the death penalty, this offence still attracts severe punishments.

In other words, the offence addresses situations in which the offender’s level of blameworthiness was lower because the offender’s knowledge of the probability that his or her action would lead to death was also lower.

Alternatively, the offender may be charged with this offence rather than murder if the prosecution cannot prove that the offender had the mental state required for a charge of murder.

If an offender is found guilty of culpable homicide not amounting to murder, the punishment depends on his or her mental state at the time of the killing. If death was caused with the intention of causing death or such bodily injury as is likely to cause death, the offender would be punished with either imprisonment for life with caning or up to 20 years’ imprisonment with fine or caning.

On the other hand, if death was caused with the knowledge that the act was likely to cause death or but without any intention to cause either death or such bodily injury as is likely to cause death, the offender will be punished with either up to 10 years’ imprisonment, fine, or caning, or with any combination of these punishments.

Causing death by a rash or negligent act

Causing death by a rash or negligent act is a less serious charge than murder or culpable homicide not amounting to murder. It receives a comparatively much lower sentence because the degree of blameworthiness on the part of the offender is lower.

What about Death caused by Rash or Negligence in Singapore

In Singapore’s penal code there are two limbs to section 304A – one for rashness and another for negligence.

Rashness refers to the offender’s awareness of the risk that death or injury could result, combined with the disregard for this risk. To determine whether the offender’s act was rash, the Court uses a subjective test. This means that the Court will try to imagine what was going through the offender’s mind when he or she was committing the act which caused death. If the offender is found guilty of causing death by a rash act, the punishment is up to 5 years’ imprisonment, fine, or both.

On the other hand, negligence refers acts which fall below the standards expected of ordinary people. This is determined based on an objective test. This means that the Court will compare the offender’s actions to what an imagined ‘reasonable person’ in the same situation as the offender would do. If the offender is found guilty of causing death by a negligent act, the punishment is up to 2 years’ imprisonment, fine, or both.