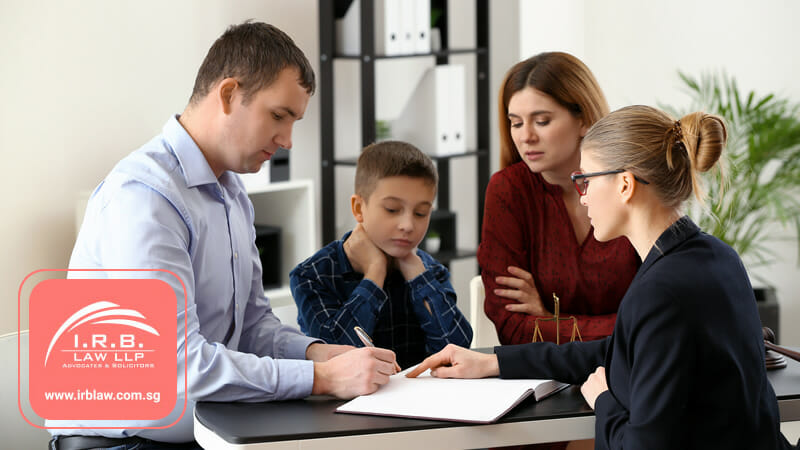 In VLG v VLH and another matter [2021] SGHCF 7, the Family Division of the Singapore High Court allowed an appellant father’s appeal against a $50 increase in monthly child maintenance. The father’s appeal regarding a refund of excessive maintenance paid over the years, and a refund of the additional $50 he paid since the DJ’s decision was made, however, was dismissed.

The court dismissed the mother’s summons to adduce further evidence.

It came to light during the hearings that there were serious issues with the mother’s credibility. The DJ based his decision to increase maintenance on false testimony of the mother under oath. The High Court held that any additional evidence she wanted to adduce on appeal was available to the mother at the time of the hearing in the District Court. She chose to mislead the court.

This matter had a history of frequent applications and consent orders for an increase in child maintenance. The parties to the proceedings were never married. They are both foreigners from the People’s Republic of China, now working in Singapore. Their child was born in November 2012 and was eight years old at the time of the proceedings.

This case is an appeal by the father against the $50 increase. He further asked for a refund for excessive maintenance he had paid over the years. He also wanted a refund of the $50 increase he paid since the DJ’s decision.

The Basis for DJ’s Decision to Increase the Maintenance

The DJ based the $50 increase on the mother’s allegation that there was an increase in the child’s school fees. The Ministry of Education’s website to which the DJ referred, listed the increase in school fees for non-ASEAN international students.

The father, however, questioned whether the child was attending school in Singapore. The DJ asked the mother to swear under oath that the child was studying in Singapore and enrolled at the school. She did so. However, there was no evidence presented to verify this.

After the trial, the father contacted the school and found out that the child was not enrolled.

When questioned at the first appeal hearing about the child’s attendance at a school in Singapore, the mother was evasive. She referred to the information available on the Ministry of Education’s website but refused to answer the judge’s question.

At the next hearing, the mother apologised for hiding certain facts from the court. She informed the court that the child had been studying in China since Primary 1. She then wanted to present further evidence regarding the child’s school fees in China.

The court had serious doubts about her credibility, given that she lied under oath in the District Court and continued to conceal the true facts at the first appeal hearing. Besides, it was not new evidence. All the information was available to the mother at the proceedings in the District Court. Her application to adduce further evidence on appeal was, therefore, dismissed.

The court allowed the father’s appeal against the $50 increase in maintenance. The DJ made the order based on false evidence. The court, however, dismissed his appeal for the mother to repay him the additional $50 he had paid since the DJ’s order.

On Repayment of Excessive Maintenance

The father submitted that he had reason to question whether the child was raised in Singapore at all. He argued that the child’s maintenance that he paid for the past eight years should, therefore, be reconsidered since the cost of living in China was lower. The father calculated that he paid $25,854.00 too much.

In the absence of actual evidence of when the child moved to China, the court held that it was too difficult to determine precisely how much was required for the child’s maintenance. The child would have needed some maintenance in any way. The court, therefore, dismissed the father’s appeal in this regard.

The court noted that any future court would need to evaluate the mother’s evidence in future applications for variation of the maintenance orders with greater scrutiny. Her record of false claims and several applications for increased maintenance over a short period should all be considered carefully.

The court didn’t make any order regarding costs, although the court specifically stated that lying under oath will never be condoned. Both parties, however, represented themselves.

Singapore courts strongly protect children’s rights to maintenance by both parents even if the child is born outside of marriage. Both parents have a duty to maintain the child. When determining the amount of child maintenance, the court requires full and frank disclosure of both parties’ relevant facts.

The court will never condone lying under oath, or misleading the other party, or the court. The respondent in this matter will have to take extra care in any future proceedings to present only true and correct evidence.

This matter further highlights the benefit of legal representation in maintenance matters. Although parties may represent themselves, experienced family lawyers will assist their clients in investigating any allegations or evidence offered by the other party. At the same time, a family lawyer would have advised the respondent on the consequences of misleading the court.