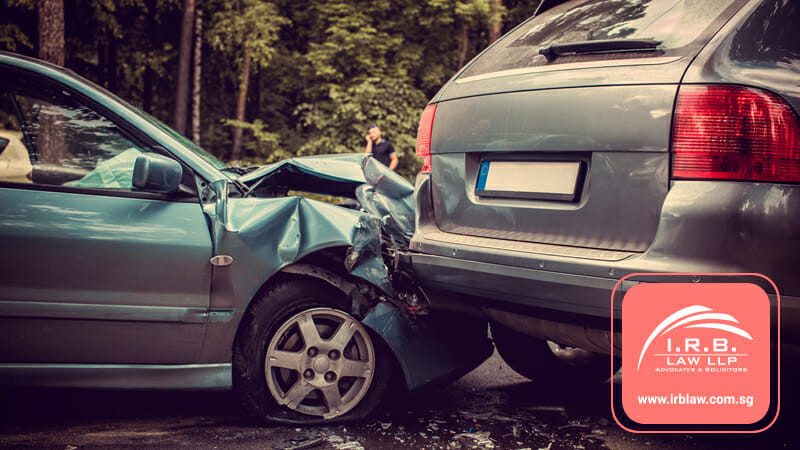 Traffic offences occur on a day-to-day basis. From serious offences like drink driving, hit-and-run and texting while driving, to minor infractions like making illegal u-turns, there are consequences. Serious traffic offences involving death, injury or damage to public property fall under the jurisdiction of criminal law in Singapore.

The laws, offences, and corresponding punishments can be found in the Road Traffic Act of Singapore. Here, we list down the 10 common traffic offences and what happens if you are caught committing them:

If there is no u-turn sign, you cannot make a u-turn, based on the rules in Singapore. This is both risky and dangerous, since you can disrupt traffic flow, or worse, collide into other vehicles. For this violation, you may be fined $70.

2. Slowing down in the right lane

In Singapore, the right-most lane on an expressway is considered the “overtaking lane.” This is meant for vehicles who intend to overtake slower vehicles. Thus, slowing down on that lane is considered “road hogging”, which is a common violation in Singapore. If you’re caught hogging the road, you can be fined as much as $1,000 and/or be sentenced to serve three months in prison.

3. Keeping the engine on while the car is idle

Save fuel and reduce carbon dioxide emissions by turning off the ignition while you’re waiting for someone in the car. According to Section 21 of the Environmental Protection of Management (Vehicular Emissions) Regulations, you need to turn off the engine of your car if you’re idle. That is, if you’re not stuck in traffic or stopped in front of a red light.

If you violate this rule, you can be fined anywhere between $70 to a whopping $2,000, so be very careful.

You can be charged with speeding if you’re driving above the imposed speed limit. Usually, this varies depending on the class of motor vehicle and the specified road—or simply, what, when, and where you were driving—according to Section 63 of the Road Traffic Act.

Usually, the speed limit is indicated on the traffic signs for the motorists’ guidance, but it’s generally 30 to 70 km/h for normal roads and 80 to 90 km/h for expressways and tunnels. However, fire engines, ambulances, and vehicles used by the police and government are exempted from this rule, according to Section 3 of the Road Traffic Notification.

If you are caught speeding, you can be fined, prosecuted in court, or awarded demerits depending on whether the offence is minor or serious. For minor offences like exceeding the speed limit by 40km/h or less, you’ll be given a ticket with a “offer of composition” listed—or your fine, basically, which can range from $130 to $170. This needs to be paid as soon as possible at the Automated Traffic Offence Management System (ATOMS) on any AXS machine. If you pay this late, you’ll need to pay the court fine, which is much more expensive.

On the other hand, if you’ve committed a more serious offence, the court may sentence you to 3 times the punishment that you’d be liable for or a jail time of up to 10 years. If you’re a repeat offender who caused serious injury or killed a person, you can also be caned up to 6 strokes.

Whether you’re calling, texting, sending emails, uploading, or downloading files while driving, you’re guilty of an offence, according to Section 65 of the Road Traffic Act. Even having a communication device on your hand will count as an offence.

In addition, take note—a mobile communication is not just a smart phone. This includes wireless handheld devices like tablets or wearable devices like a smart watch. The only exception, however, is if the smart watch is not being used for communicative purposes.

6. Drink driving or driving under the influence of drugs

According to Section 67, if you were caught driving “under the influence of drink or of a drug or an intoxicating substance to such an extent as to be incapable of having proper control of such vehicle,” you can be charged for drink driving. In addition, your alcohol level in your breath and blood needs to exceed the prescribed limit for these charges.

Subsequently, if the court thinks that you are not fit to drive, you can be disqualified from holding or obtaining a driver’s license for two years if you’re a first-time offender and five years if you’re a repeat offender. This can take place from the start of your imprisonment or when you’re supposed to be released from prison, depending on the court’s discretion.

For cases like this, you will be fined up to $1,000, be imprisoned for up to six months, or both. For subsequent convictions, you will be fined up to $2,000, imprisonment for up to a year, or both. In addition, the court can disqualify you from holding or obtaining a driver’s license for a period of time if they find that you are unfit to drive because of said offence, but this applies to more serious cases, such as those that resulted in injuries, serious injuries, or even death. This period can range from 2 to 13 years, depending on whether it’s a first-time or repeat offence, and if you have been convicted for an offence prior to this.

Section 64 of the Road Traffic Act defines reckless driving as someone who “drives a motor vehicle on a road recklessly, or at a speed or in a manner which is dangerous to the public, having regard to all the circumstances of the case, including the nature, condition and use of the road, and the amount of traffic which is actually at the time, or which might reasonably be expected to be, on the road.” This means that going above the speed limit and potentially endangering people’s lives makes you guilty of reckless driving.

9. Causing death or injury by reckless or dangerous driving

Continuing Section 64 of the Road Traffic Act, the punishment is more severe if a person has been harmed due to your driving. The punishment usually varies depending on circumstances:

According to Section 84 of the Road Traffic Act, when a road accident occurs, resulting in damage, injury, or even death, you must stop and provide your name and contact details to the victim, inform the owner of said damaged property, or report the accident to the police within 24 hours. Subsequently, the motorist must provide assistance to the affected party.

In addition, the law also states that if the accident results in the injury or death of an animal, the motorist needs to stop the vehicle if you believe that the animal has an owner or that it will be a road hazard for other motorists. Failure to do so in all these cases, and leaving the scene of the crime, constitutes as hit-and-run. And take note, even if no injury was inflicted, if there was property damaged, it’s still considered as hit-and-run.

The site where the accident took place must then be preserved and no one, except for those under the authority of a police officer, can move or interfere with the scene of the crime. To do so will mean altering evidence, which is also punishable by law. The only exception would be to take your belongings from the vehicle under the police’s supervision, or to extract any animal or person who was trapped under the vehicle.

For hit-and-run cases, where you’ve killed or seriously injured a person, you will be penalised with a fine of up to $3,000, jail time of up to a year, or both. If it is your second or subsequent offence, you will have to pay a fine of up to $5,000 and serve jail time for up to 2 years. On the other hand, if you refuse to assist, you can be barred from getting your license for up to one year from the date you were convicted or from the date when you were released, or even longer, depending on the court’s judgment. Plus, you can even be arrested for refusing to cooperate.

Traffic rules and regulations exist for a reason. These laws exist for the overall safety of pedestrians, to protect fellow motorists, and keep peace and order in the city. However, accidents can still happen despite our best behaviour. Should you need advice on traffic violations, whether as a victim, plaintiff or a defendant, IRB Law can help. The legal team at IRB Law has extensive experience in criminal law in Singapore and will be able to put your mind at ease. For enquiries, call 6298 2537 today.