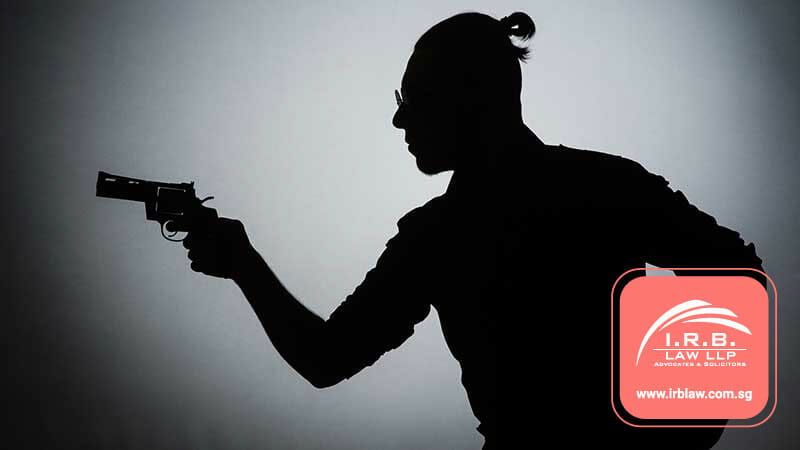 Recently in Singapore, there have been two armed robberies. This includes the first of such a crime committed in a petrol station in ten years. While these cases are being investigated and processed, you should be aware of what armed robbery is, and what consequences an offender can expect to face in Singapore.

What happened at the Shell Petrol Station Case

On July 31, 2017, a man entered the 7-Eleven convenience store in a Bukit Timah Shell petrol station and ordered an employee at knifepoint to place money from a cash register into a plastic bag. He then fled on a scooter with S$1,193 in cash.

Another Shell employee and a customer, who tailed the suspect for a short while, both called the police. When asked, the employee was able to provide details such as the colour of the robber’s clothes.

The suspect was found and arrested on the evening of the same day. He has been charged with committing armed robbery.

What happened at the Western Union Bank Case

On 1 August 2017, the day following the Shell station robbery, an armed robbery was reported at a Western Union bank branch in Ubi.

There, a man wearing a white helmet, black jacket and long dark-coloured pants held a bank employee at knifepoint and demanded money. The man then fled on foot with more than S$2,000.

The police were alerted when the threatened employee informed the landlord of the Western Union branch, who manages a flower shop next to the branch.

What Is The Charge?

In both cases, the offender is or will be, charged with armed robbery. This is in spite of the fact that there were no injuries as a result of the offence.

Armed robbery is an escalation from the charge of robbery. The distinction is set out below.

The crime of robbery is set out in section 390 of the Penal Code (Cap 224), and contains the following elements:

Robbery is aggravated or considered more serious when committed by a gang, an armed person, or between 7 pm and 7 am. The penalties for these aggravated offences are proportional to how serious of a crime they are.

What is Armed Robbery?

What is a Weapon?

A weapon can be a knife, a gun, or anything wielded with the intention to cause harm or strike the fear of instant harm.

With a fake weapon, an offender may still be charged with using criminal force to steal from the victim. For example, in this case (http://www.straitstimes.com/singapore/kazakhstan-man-charged-with-robbing-japanese-woman-used-a-toy-gun), the fact that a toy gun was used was considered moot, as the offender still intended for it to create fear of violence.

In the case of the robbery

(http://www.todayonline.com/singapore/suspect-holland-village-bank-robbery-arrested-thailand) at the Holland Village Standard Chartered Bank branch, the note that the robber slipped to the bank teller will likely not constitute a weapon, unless it is proven that he was indeed armed at the time. However, the note was intended to instil fear in the teller, and will thus still be subject to the penalties for robbery.

What Are The Typical Sentences?

In a case of armed robbery, an offender can expect at least twelve (12) more strokes of the cane in addition to any other penalties he or she is liable for.

The exact sentencing will be based on the unique facts of each case, and how they contribute to these four broad categories:

If you find yourself facing a charge of robbery or any variation of robbery, you may wish to communicate to a lawyer the details of your case for a more accurate gauge of your possible sentence.

What should you do if you have been robbed?

If you have been robbed, file a report with the police immediately. Information on the investigation process for robberies in Singapore can be found in this police advisory (https://www.police.gov.sg/resources/prevent-crime/robbery).

It is important that you provide the police with as many details as you can remember from the robbery, such as:

If you have insurance, do contact your insurance company and check if it covers incidences such as theft and robbery. This applies whether you have been robbed in Singapore or overseas.

I robbed someone, but I need help

If you are facing a charge of robbery or any variation of robbery, do contact your lawyer immediately with key details, such as what happened and your state of mind when you were committing the offence.

With these details, it may be possible to raise defences or exceptions to reduce your sentence. A list of general exceptions can be found under Chapter IV of the Penal Code.

As an example, you may have conducted the robbery under duress. This means that a clear threat of instant injury or death was made to you when you were told to carry out the crime. This fact could be used to show you did not truly intend to injure or scare another into giving you money or items and lead to a reduction of your final sentence.

Another example is if you were driven to conduct the crime because of an existing mental condition. If a psychiatrist can confirm that a recognised mental condition compelled you to do it, you may be seen to have less responsibility for your criminal conduct.

Otherwise, details of your case may contain mitigating factors for the judge to consider before handing down your sentence. An example of such a factor, in a case of armed robbery, could be a clear and proven lack of intention to use the weapon on hand.

If you are being accused of robbery, you will need a legal expert with you to navigate the proceedings against you. Otherwise, it can be difficult to know what you should raise to the court. Why should you run the risk of not presenting your case fully and, as a result, receive an unfair sentence?

Here at I.R.B. Law LLP, we have the lawyers you need. We will guide you at each stage to ensure your case is fairly presented and fought, and are determined to get you the best outcome possible for your case.

Do not hesitate to contact us at [email protected] or 6589 8913 today so that we can provide you with prompt, quality service.