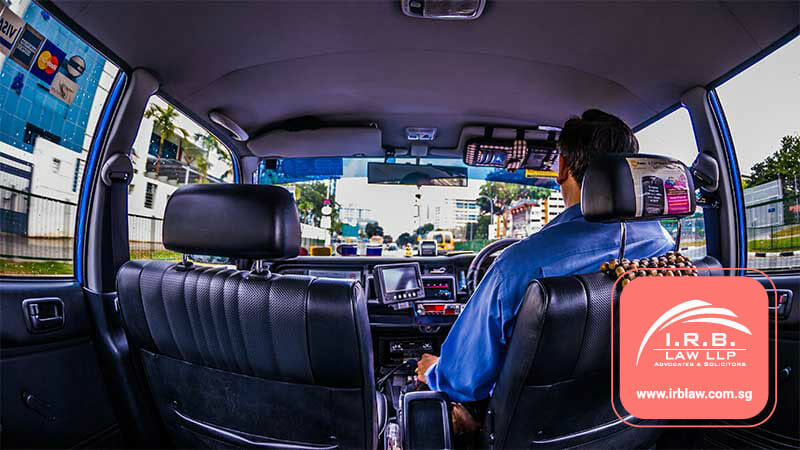 Tirelessly ferrying locals and foreigners from one side of Singapore to the other, the ‘taxi uncle’ is an enduring symbol of Singapore. While most of the time, our journeys are nothing but pleasant, sometimes arguments do happen and unfortunately, can sometimes get out of hand – especially when alcohol is involved.

For example, earlier this year, a drunk passenger was sentenced to eight weeks’ imprisonment for assaulting a taxi driver. Having allegedly consumed two or three glasses of wine, passenger Michelle Ja’quinn Wang Ying Xin admitted to kicking driver Mr Pan Chung Woh, in the face, scratching him on his head and face, pulling his head and biting him twice on the arm.

Also earlier this year, a commodity trader was sentenced to four weeks’ imprisonment for punching a taxi driver in the face. Following a three-day trial, passenger Nantakumar V. Ramachandra was found guilty of punching driver Mr Lim Sin Eng so hard that the driver briefly passed out.
Violence is never an acceptable way to resolve a heated argument. However, whether you are a taxi driver or a passenger, it is essential to know what your rights are when matters get out of hand.

Do I have to pay my fare if I get into a disagreement with a taxi driver?

Yes. You do still have to pay your fare if you get into a disagreement with your taxi driver.

Under the Public Transport Council Act, a passenger who hires a taxi in Singapore must, at the end of that hiring, and upon demand by the driver of the taxi, pay the required fare for the journey.

If I physically assault a taxi driver, what will I be charged with?

If you physically attack a taxi driver, the specific offence that you are charged with depends on the facts of the case.
The most common charge that such offenders face is voluntarily causing hurt. According to s 321 of the Penal Code, it is an offence to do any act which causes hurt – that is, bodily pain, disease or infirmity – to another person, if the act was done either with the intention of causing hurt or with the knowledge that hurt was likely to result.

This offence comes with a maximum sentence of two years’ imprisonment and/or a fine of S$5,000. The maximum sentence is reduced to 3 months’ imprisonment and/or a fine of S$2,500 if the hurt was caused as a result of a ‘grave and sudden provocation’ and without intention or knowledge that hurt should be caused.
However, even if you deliberately perform an action that may seem relatively harmless – such as slapping or pushing the taxi driver or even pulling his or her clothing – you may still be charged with the offence of using criminal force.

This offence covers a wide range of acts, from slapping to pushing to throwing, which involve intentional use of bodily power to bring something into contact with part of the victim’s body or anything that he or she is wearing or carrying and which are done with the intention of causing fear, injury, or annoyance.
If your use criminal force was not a response to a ‘grave and sudden provocation,’ then you may be liable for up to three months’ imprisonment and/or a fine of up to S$1,500.

The punishment is lower if you can prove that you acted in response to a ‘grave or sudden provocation.’ In that case, the maximum sentence is one months’ imprisonment and/or a fine of up to S$1,000.

What if I do not come into physical contact with the driver?

If you deliberately make threatening gestures which cause the taxi driver to believe that you are about to strike him or her, you may be charged with assault. It is important to note that assault carries the same punishment as using criminal force.

Examples of such gestures or preparations include shaking a fist angrily, and brandishing a stick and saying “I will beating you!.”
To satisfy the requirements of this offence, it must be proved that you made a gesture or preparation, intending or knowing that the act would cause any person present to believe that you were about to use criminal force.

Can I be charged for using offensive or threatening language?

Yes, it is possible to be charged with an offence if you threaten another person.

Under Singapore law, it is an offence to threaten another person with an injury to his or her person, reputation, or property if the threat was intended to cause alarm to the person threatened or to force him or her to do or omit to do something to avoid the threat from being carried out. If you are found guilty of criminal intimidation, you face up to two years in prison and/or a fine.

How do the Courts regard acts of violence against taxi drivers?

In general, the Singapore Courts take a harsh view of violence against public transport workers, such as taxi drivers. This means that the courts are more likely to give harsher sentences to such offenders, for example, by imposing a custodial sentence rather than a fine even if the offender has no prior convictions. This policy is intended to deter offenders from committing acts of violence against taxi drivers.

Other aggravating factors that may increase the sentence include the number of injuries inflicted on the taxi driver, the location of the injuries and whether they were inflicted on a ‘weak spot,’ as well as the time of day, as taxi drivers are considered more vulnerable at night.

How do the Courts regard acts of violence against taxi drivers?

Because taxi drivers are regarded by the Courts as transport workers who are in a special position of trust towards their passengers, the Courts also take a harsh view of acts of aggression and violence by taxi drivers as well as abuse of the driver’s position, such as attempting to molest a passenger, or to take the passenger to a location other than his or her destination.

This means that taxi drivers who commit offences passengers will receive higher sentences than members of the public would. However, these sentences are still likely to be lower than those that passengers would receive for attacking taxi drivers.

What if I had been drinking before the incident?

The fact that the offender consumed alcohol before engaging in the assault is not normally viewed as a mitigating factor to reduce the sentence.
In fact, under Singapore law, alcohol consumption is regarded as an aggravating factor for violent offences, meaning that offenders who attack taxi drivers while drunk face higher sentences than those who do so while sober.

While the Courts have stated that offenders who drink must assume the full consequences of their actions, the defence of intoxication as defined in the Penal Code may still be available to certain offenders in a narrow range of circumstances.

Intoxication is only a defence when the state of intoxication was caused without the accused person’s consent by the malicious or negligent act of another person, or when the intoxication rendered the accused legally insane, temporarily or otherwise, at the time of such act or omission. If successfully proved, the defence of intoxication leads to a complete acquittal.

It is important to remember that many taxi drivers now make use of dashboard-mounted cameras and other cameras recording the interior within the vehicle. In the event of a legal dispute, recordings could make it easier for the driver to prove his or her version of events.