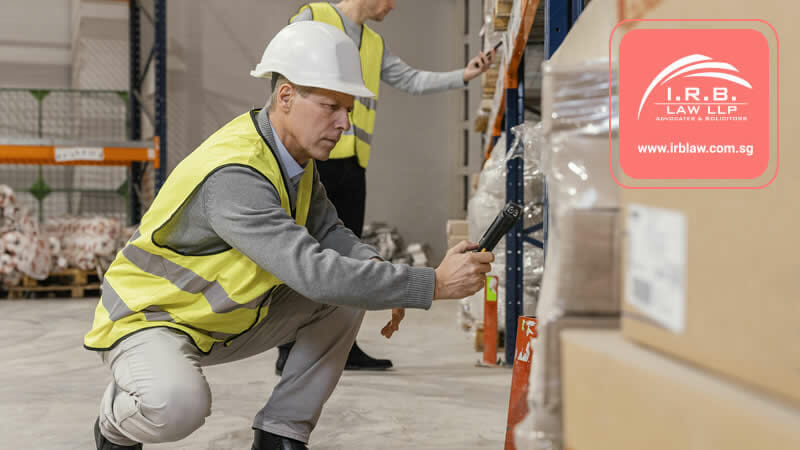 Offences under Section 128H of the Customs Act

Whether or not the goods have been shipped, unshipped, loaded, unloaded, landed or delivered, the person will be guilty of this offence.

Respondent’s Actions Prior to Arrest

The respondent (the accused) would be paid $200 for every truck delivery containing the duty-unpaid cigarettes where he had to collect the goods from a freight forwarding company in a truck, deliver the goods to a particular address, meet with the co-accused and unload the goods to a specific “unit”. The respondent was also given an allowance of $50 for meals by a person called Xiao Li.

In the matter before the District Court Judge, the prosecution urged the court to impose the same sentence of 2 years imprisonment that was earlier imposed on the co-accused. The prosecution also relied on the benchmark case of Yap Ah Lai to back the sentence they were seeking. The respondent, in the trial, pled guilty and expressed remorse and at the conclusion of the trial, the District Judge imposed a sentence of 15 months imprisonment.

The District Judge gave the following reasons for the sentence imposed for the offence under section 128H of the Customs Act for unloading duty-unpaid cigarettes:

The three sentencing examples provided by the prosecution, which dealt with offences under different statutory provisions, were irrelevant since they involved different behaviours and actions from the offenders.

During the appeal, the prosecution argued that the respondent should receive a prison sentence of more than 24 months. To support the sentence they were seeking, the prosecution relied on the following points:

In the current instance, the District Judge erred by omitting to use the concept of parity in sentencing. It was difficult to call the co-accused’s sentence of 24 months in jail excessively severe, and the two cases shouldn’t have been treated differently.

The District Judge made an error by giving the respondent’s youth too much consideration. Although being young is a legitimate mitigating factor, its significance should have been comparable to that of the co-accused. The respondent had a bigger part in the gathering, delivering, and unloading the duty-unpaid cigarettes than the co-accused, despite being a year younger.

Offences under Section 128F of the Customs Act

Other than this, the offender may instead be liable on conviction to imprisonment of up to 3 years or both imprisonment and a fine.

Distinguishing between Importing and Unloading

The High Court Judge in determining the legislative intent of the Parliament stated that courts should operate in concert with this legislative objective in sentencing since Parliament sees the damage in question underlying the various offences involved in the entire chain of “steps” in cigarette smuggling as equivalent. Cigarette smuggling included importing and unloading across the whole chain of “steps”. The legal foundation for differentiating between the gravity of the offences included in the actions of importing and unloading, or for that matter the other physical acts and steps in the entire chain of smuggling, is weak.
The judge stated that the sentencing framework should be distinguished between the physical acts of smuggling and the offender’s ownership, control, responsibility and management in the hierarchy of the smuggling syndicate. Loading, importing, unloading, delivering, and other physical tasks that are typically performed by paid employees within the smuggling enterprise constitute the first offence and cause the corresponding Customs Act provisions to be triggered. The second offence is the extent or level of control that the offender had over the criminal enterprise, which is treated separately and as an exceptionally serious aggravating factor during the sentencing process.

The level of culpability embedded in the various physical actions performed by a hired employee in the smuggling chain can be seen as being generally comparable. The worker’s responsibility for these many separate individual physical acts should not be subject to any actual or substantial distinction. However, it should be considered a very serious aggravating factor that calls for significant differentiation in culpability when the offender also has a role in owning, managing, and/or controlling the smuggling enterprise.

In Yap Ah Lai, CJ Menon established benchmark sentences for the importation of duty-unpaid cigarettes in the form of a graded structure. The main factor is the amount of tobacco product involved, which establishes the cornerstone for the length of the prison sentence to be imposed. This framework was developed to serve as a guide for the typical or archetypal offender, who was defined as someone who:

The original benchmarks in the case of Yap Ah Lai were:

The High Court agreed with the prosecution that the sentencing benchmarks in the Yap Ah Lai case should apply to the current case and that the sentencing framework for the offence of importing under section 128F should be treated equivalently with the offence of unloading under section 128H of the Customs Act. In the Yap Ah Lai case, it was argued that the main factor to be taken into account in sentencing for tobacco product smuggling offences would be the quantity of tobacco products that are involved. This was done in order to prevent a loss of revenue to the government and discourage the consumption of harmful goods as a matter of public policy and interest by raising the cost of such goods through the imposition of high excise duties on them. When all other factors are held constant, it must be assumed that dealing with a greater quantity of duty-unpaid tobacco products will logically result in a greater level of criminal culpability and, thus, a greater overall sentence. The following were the principal factors that affected the benchmark sentence:

The Conclusion of the Appeal

With regard to the current case, the High Court Judge noted that the respondent’s circumstances generally matched those of a standard offender, with the main exception that he was a youthful offender and that he was an untraced, first-time offender who played a relatively typical role in the smuggling operation as a paid worker to collect, deliver, and unload duty-unpaid cigarettes transported in a truck. He also pleaded guilty at the earliest opportunity. A fairly significant quantity of uncustomed cigarettes, 480 kg, was also involved in the current instance.

The High Court Judge continued by stating that a benchmark sentence of around 28 months would result from using quantity as the main factor. Given that the defendant was 19 years old when the offence was committed, a 15 per cent reduction would result in a benchmark sentence of around 23.8 months. The District Judge sentenced the respondent to 15 months in prison, which the Court found to be significantly less than the benchmark term of 23.8 months and effectively a massive 46.4 per cent reduction just because of the respondent’s youth. The respondent, who was 19 years old at the time of the offence, was not an exceptionally youthful offender who qualified for such a significant reduction from the benchmark.

The High Court Judge also concluded that the 24 months imprisonment sentence on the co-accused was not erroneously harsh. The principle of parity would almost always apply where co-offenders are involved in the same transaction with more or less the same degree of culpability after taking into account all pertinent mitigating and aggravating factors and are charged with the same offence.

The High Court ultimately ordered that the respondent’s sentence be increased to a term of 24 months imprisonment and made comparable to that of the co-accused after broadly adopting the benchmark sentences in Yap Ah Lai and clarifying the sentencing framework for offences under section 128H of the Customs Act. Thus, the appeal by the prosecution was allowed.