Material Change in Circumstances and Maintenance Orders: When a Variation May be Ordered: CKO v CKP [2021] SGHC 92 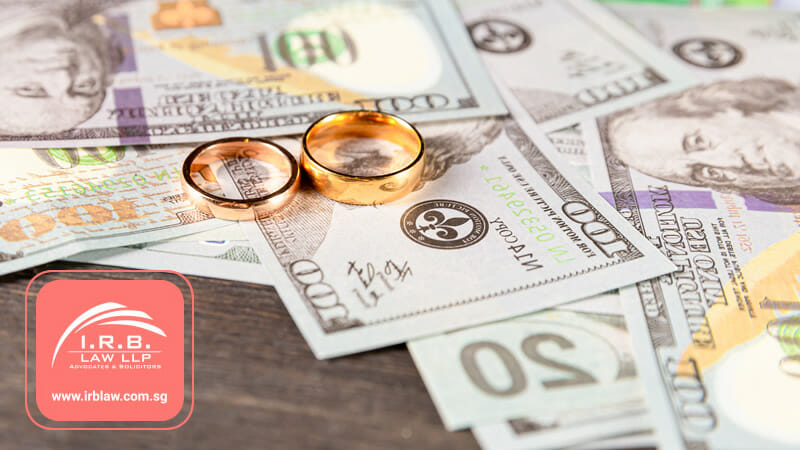 A recent decision of the High Court of Singapore provides clarity as to when a material change in circumstances will render it unfair to expect a maintenance order to remain unchanged.

In CKO v CKP [2021] SGHC 92, the court reiterated that remarriage and/or retirement per se are not sufficient changes in circumstances to rescind or vary an existing subsisting maintenance order. However, the subsequent new financial obligations resulting from the remarriage and the drop in income from retirement may be factors to consider whether there is a material change of circumstances. On the facts of this case, the court decided to adjust the maintenance order downwards from S$4,000 to S$1,500 per month.

The plaintiff husband, CKO, filed an application under section 118 of the Women’s Charter for rescission or downward variation of the monthly maintenance he must pay his former wife, CKP.

The parties are both 61 years old. They were married from 1989 until January 2011, and two children were born from the marriage. A 28-year-old daughter with special needs, and a 24-year-old son who studies at the University of Singapore. They both live with CKO and his new family.

CKO was an equity partner at a law firm before he retired in August 2020. Although he won’t seek full-time employment again, he will accept ad hoc appointments if they come his way. He owns a double-storey semi-detached house.

CKP is a flexible supplement teacher at a secondary school and co-owns a condominium with her sister.

After the court made an order to adjust the order downwards, CKO filed a request for further arguments and a further downward variation of the order to S$1,000 per month. He also wanted the new order to be backdated to his date of retirement. In addition, he wants the order to cease when he turns 62 years old.

The court declined to make any further orders.

The Issues Before the Court

The main issue before the court was whether to rescind or vary the subsisting maintenance order downwards. In coming to a final decision, the court considered:

Should the subsisting maintenance order be rescinded or varied downwards?

In ATS v ATT, the court set out three factors to examine.

The bottom line is that the change must have occurred after the original order was made.

On the last point, whether the change necessitates a variation, the court referred to the Appeal Court decision in BZD v BZE [2020] SGCA 1. The Court of Appeal clarified that the question is not just whether there was a material change per se, but instead, whether the change was sufficiently material that it is no longer fair to expect the status quo to remain.

Section 114 of the Women’s Charter

In concluding that it was no longer fair in the current case for the status quo to remain, the court considered the factors set out in section 114 of the Women’s Charter.

Section 114 sets out the following factors to consider when deciding whether to rescind or vary the order:

What weight should be attached to CKO’s retirement?

Prima facie, the husband’s obligation to maintain the wife will continue beyond his retirement and up to her remarriage or the death of either party. In some cases, retirement might justify rescission, but it is not the most probable outcome.

The court referred to Yow Mee Lan v Chen Kai Buan [2000] 2 SLR(R) 659, where the High Court confirmed that a party could not expect to be entirely relieved from his obligations due to retirement. The retired party can, however, approach the court and apply for a variation at any time.

The court accepted that there would be a material drop in income for CKO since his retirement, but it did not justify a rescission of his maintenance obligations. His retirement did not mean he has no earning capacity. He still intended to accept certain appointments, and he is a man of substantial means. CKP, however, was also not without means. She had savings, shares, and a monthly income.

Should remarriage be considered?

It is settled law that remarriage per se would not affect obligations towards a wife and children from a previous marriage.

The court accepted that CKO’s remarriage created new financial commitments that were not there at the time of the original order.

The court will examine the reasonableness of the husband’s conduct when considering if these new obligations should be accepted as reasons to vary the existing order. The court looked at three factors:

Were the husband’s assumed commitments reasonable, bearing in mind his pre-existing obligations to his earlier family?

Did the husband and his new family explore and exhaust all reasonable solutions to enable him to perform his marital obligations to both sides?

What are the financial circumstances of the family from the previous marriage?

To be reasonable, there must be a balance between the sacrifices made by the earlier family and the sacrifices made by the new family. The court will also consider whether the husband trimmed his expenses and whether he took on new obligations that are less than prudent given his pre-existing commitments. To balance the competing obligations, the court will add the financial needs of the previous family.

The court’s approach is that “the husband, having placed himself in this position, has to moderate and modulate both his and the expenses of his new family and make reasonable efforts to find reasonable solutions in order to enable him to perform his obligations to both families”.

When considering the financial matters in divorce proceedings, the courts tend to adopt a broad-brush approach instead of conducting a granular analysis of each item claimed by the parties. In this regard, the court referred to Fong Khai Yin v Mok Poh Yee Delia [2013] SGHC 254.

In the current case, the court remarked that some expenses listed were luxuries rather than necessities. The court further noted that although the 8-year-old daughter’s expenses will increase as she grows up, her expenses must be shared by CKO and his new wife, who also had an income. The court did consider that both children from the previous marriage live with CKO.

Should the order be backdated?

In this case, the court regarded the financial resources of both parties and decided that it would be fairer not to backdate the order.

Should there be an end date to the order?

Referring to ATS v ATT, the court remarked that the husband is prima facie obliged to maintain his former wife beyond his retirement. This obligation extends up to her remarriage or the death of either party. At the same time, the law of maintenance does not seek to create situations of life-long dependency of former wives on maintenance from their former husbands.

After weighing up all the different considerations, the court adopted the approach in Yow Mee Lan and declined to specify an end date. It would be a fairer solution for CKO to seek rescission of the order if required at an appropriate time in the future.

What is clear from this decision is that retirement and remarriage won’t necessarily guarantee a rescission or variation of maintenance orders. Although both situations might constitute an actual change in financial circumstances, that alone is insufficient for the court to amend maintenance orders. Where circumstances, however, warrant a downward variation, the court would indeed be willing to do so.

Parties approaching the court for a variation of maintenance orders should note the court’s approach. You should present sufficient evidence to prove that the change in circumstances is material and necessitates a variation or even a rescission. The court is open to variation if there is a balance between the interests and obligations towards all the parties.

The plaintiff, CKO, filed an appeal against this decision. It would be interesting to see if the Court of Appeal agrees with this decision regarding retirement and remarriage.