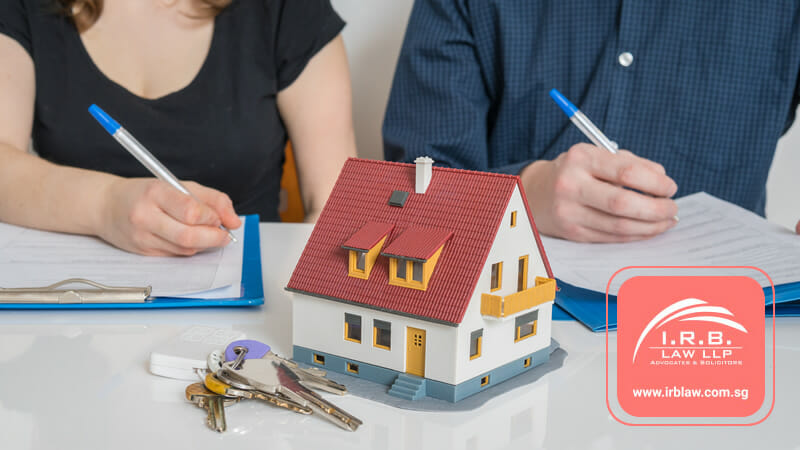 In CLD v CLE [2021] SGHCF 12, the Family Division of the High Court in Singapore departed from the default position that the operative date for determining the pool of marital property would be the interim judgement date. Instead, the court held the operative date as the date of separation when the wife moved out of the marital home.

The court evaluated the relevant law and cited cases to conclude that in this case, the marriage came to an end on the date from when the husband and wife lived separately. They no longer spend time together as a family and no longer intended to accumulate matrimonial assets jointly. The court found it just to use that date as the operative date.

In November 2016, the wife prepared a post-nuptial agreement stating that all assets acquired in the parties’ names shall remain in their sole beneficial ownership, regardless of whether they acquired the property before or during the marriage, and irrespective of whether such an asset is the marital home. The husband counter-proposed in December 2016 that it should be included that the wife would not be entitled to claim any maintenance from the husband. He indicated that he would sign the deed on that basis but never did. Neither party ever signed the deed.

The wife and son moved out of the home on 7 May 2017. The wife commenced with divorce proceedings in September 2017, although papers were only served on the husband in January 2019. An interim judgment was granted on 14 February 2020.

That is the only issue before this court.

The Court’s Evaluation of the Law

The court briefly referred to section 112(10)(b) of the Women’s Charter that defines matrimonial assets to include “any other asset of any nature acquired during the marriage by one party or both parties to the marriage”. The court then considered ARY v ARX [2016] 2 SLR 686.

In ARY v ARX, the court considered the meaning of sec 112(10)(b) in the context of ascertaining the operative date for determining the pool of matrimonial assets. The court held that there were four possible dates:

The default position would be the date of the interim judgment unless the circumstances of the case do not justify it.

In ARY v ARX, the court cited AJR v AJS [2010] 4 SLR 617 when explaining why the court would prefer the interim judgment date as an operative date. The interim judgment “puts an end to the marriage contract and indicates that the parties no longer intend to participate in the joint accumulation of matrimonial assets….”

The court also cited Sivakolunthu Kumarasamy v Shanmugam Nagaiah [1987] SLR(R) 702. When the court grants the interim judgment, the court recognises that there is “no longer any matrimonial home, no consortium vitae, and no right on either side to conjugal rights”.

This discretionary power to divide assets (that technically falls under the definition of matrimonial assets in section 110(10)(b)) was further confirmed in Ong Boon Huat Samuel v Chan Mei Lan Kristine [2007] 2 SLR(R) 729.

The Crux of the Matter

The court held that for determining an operative date for ascertaining the pool of matrimonial assets, the crux of the inquiry was whether the marriage had practically come to an end.

ARY v ARX provided the three indicia to determine when the marriage has practically come to an end.

The court then proceeded to consider each of the three dates proposed by the wife, CLD.

The court dealt with several cases cited by the wife to support her argument.

The wife relied on ARY v ARX to use 31 December 2016 as the date the marriage ended.

She argued that she was planning to leave the matrimonial home at that stage. There were no consortium vitae as they had minimal contact with each other. They no longer shared any of their professional or personal lives and slept separately.

The husband disputed that there was a common understanding that the marriage ended in December 2016. There was evidence that the parties still exchanged affectionate messages till March 2017. They still lived in the matrimonial home till May 2017.

The court, however, distinguished both from the present case. In both cases, the husband and wife were no longer living together in the matrimonial home. They were living separately at the relevant date. In this case, the parties still lived together on 31 December 2016.

However, in both these cases, there was an actual deed of separation that both parties signed that the court relied on to fix the operative date. In the present case, there was no signed deed of separation. There was no conclusive agreement by 31 December 2016 or evidence clearly showing that the parties intended for the marriage to come to an end.

The court also found no basis to hold 6 March as the operative date for ascertaining the matrimonial assets. The husband’s evidence was that he only removed his ring for one night but put it back on the following day.

After evaluating the evidence, the court could not find that the three indicia of ARY v ARX that the marriage had come to an end were satisfied on 6 March 2017 either. And none of the above cases the wife relied on supported an argument that the evidence meets the criteria to hold that there was no longer a matrimonial home on 6 March 2017.

There was no signed deed of separation as in AUA v ATZ. In Wong Kien Keong, there was a signed deed, and the wife already moved out of the matrimonial home. Neither of those criteria was applicable in this case by 6 March 2017.

By 7 May 2017, the three indicia of ARY v ARX were fulfilled. The wife and child moved out of the matrimonial home. The parties lived separately from then, and they no longer intended to accumulate matrimonial property jointly. It was clear that the parties intended the marriage to end.

Based on the circumstances of this case, the court departed from the default position of the date of interim judgment. It held that the operative date for determining the pool of matrimonial assets would be the date of separation, which is 7 May 2017.

The fact that the court has discretion and some flexibility when determining the operative date ensures that justice can be done in each case. Where there are good reasons to do so, as in this case, the court can depart from the default interim judgment date. This discretion allows the court to step in when one party, for example, unfairly or unjustly depletes the matrimonial assets.

In this case, the wife expressed concern that the husband didn’t contribute to a second property that she bought and moved into when leaving the matrimonial home. She submitted that it would be unfair for him to have a share in it. This was, however, not directly relevant to the issue before the court, which was to determine an operative date to ascertain the pool of the marital property.

This case provides good insight into how the court will use its discretionary powers when dealing with matrimonial property.