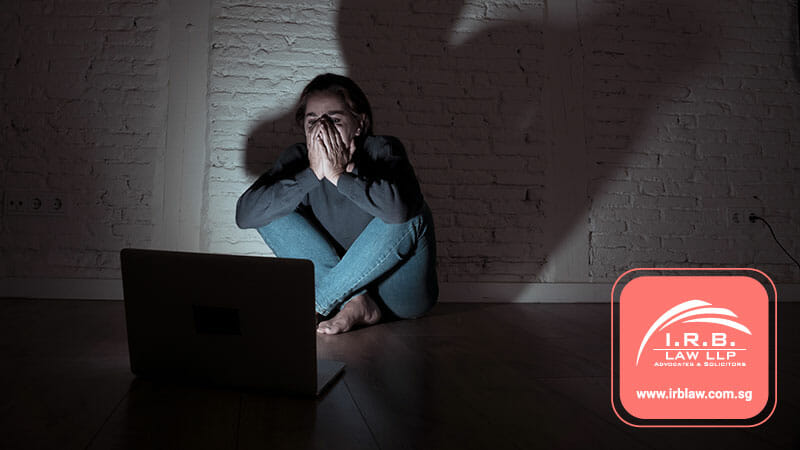 30-year-old Mohamed Hirwandie Mohd Hashim would obtain nude photographs of women on an online website focusing on Singapore. He would then contact them on Facebook under the moniker of John Teo. After sending them their nude photographs, he would threaten to disseminate them to their friends and/or family members if they did not comply with his demands for sex. Having done this to several women, Hirwandie went a step further by threatening to circulate a particular victim’s photographs online if she made any attempt to “block” him as a friend on Facebook.

After repeated threats, the 21-year-old victim of criminal intimidation eventually arranged to meet him on December 14 in 2014. He had no clue that she had informed the police of their meeting, and he was promptly arrested. On 4 April 2017, Hirwandie, who is a father of two, was jailed for four months for criminal intimidation. He was also fined $23,000 for having obscene video films at his Jalan Kayu flat in 2014.

Criminal intimidation; An Offence Under Section 503 of the Penal Code

According to Section 503, whoever threatens to cause any injury to any person, reputation or property, or the person or reputation of anyone whom that person has an interest in, with the intention to cause any alarm to that person or to cause that person to carry out any unlawful act or omit to do any act which that person is entitled to do in order to avoid the threat by the offender, is guilty of criminal intimidation.

What If It Was Just A Threat Of Words; Without Actions?

In a recent case heard by the court on 21 November 2017, Lawrence Ang Thim Huat, who is self-employed, took photographs of a 20-year-old woman he had befriended on Facebook, on three of the occasions when they had sex. When 36-year-old’s request for her to be his girlfriend was rejected, Ang sent her a string of WhatsApp messages between 8.08pm and 11.06pm, threatening to tarnish her reputation by circulating her nude photographs and printing them to share with his friends. The victim made a police report the next day.

Sherrie Han, a Criminal Legal Aid Scheme Fellow, said in mitigation that her client should get no more than two months in jail. She said the offence was not premeditated. He also never uploaded the victim’s nude photographs which were obtained consensually. Still, Ang was sentenced to three months’ jail for criminal intimidation.

In another case heard on November 11, 2017, a full-time national serviceman who threatened to circulate his army mate’s girlfriend’s upskirt video if she did not send him her nude photo was sentenced to four months’ jail. Dominique Tiang Zhang Yao, 22. He followed the 19-year-old into Pasir Ris MRT station and took an upskirt video of her without her knowledge.

He then created a fake Instagram account, searched for her account through his army mate’s photographs and sent her the upskirt video. He threatened to leak her video if she did not send him a nude photo of herself. Alarmed and worried, the girl reported to the police, who arrested him three days later.

What If Someone Threatens Me With Words?

If someone threatens to inflict bodily injury, property damage or damage to reputation upon you, such a threat may amount to criminal intimidation under section 503 of the Penal Code. The threat must be made with an intention to cause alarm or to coerce the victim to do something unwillingly.

To make another fearful of being hurt by you may also amount to the offence of assault under section 351 of the Penal Code. Apart from criminal sanctions, it may also be possible to bring a civil action for assault.

If you are being threatened with words, you should make a police report immediately or consult your lawyer about a possible lawsuit to obtain damages.