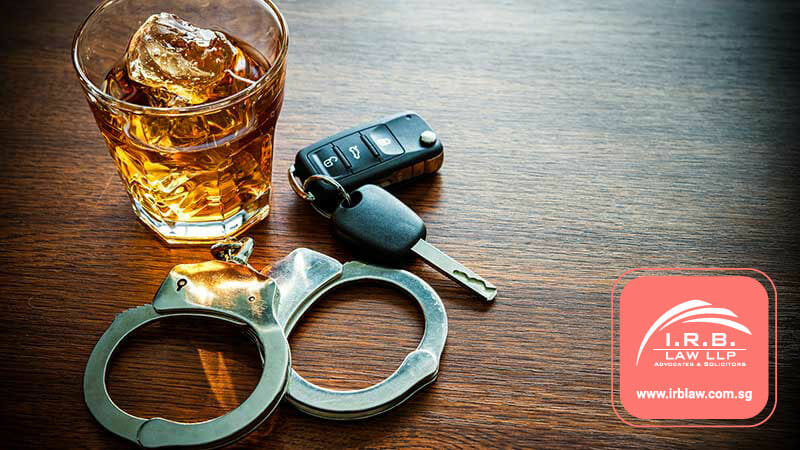 Drink driving in Singapore has serious consequences, including the potential for loss of life. For an accused drink driver, it may potentially also lead to a ruined life. The authorities show no fear nor favour in prosecuting such offences. If one is found driving whilst over the legal limit without a defence under the law or exceptional circumstances, that person will face punishment. This applies to both first time, and subsequent offenders.

For example, the Straits Times reported that Mediacorp actor Aloysius Pang Wei Chong found guilty of drink driving was fined $2,000 and banned from driving for 18 months.

Similarly, a well-known lawyer was prosecuted for drink driving, and despite entering a plea of guilt, and his case having significant mitigating factors, he was eventually convicted, fined, and banned from driving for 26 months. I.R.B. Law’s very own Mr Azri Imran Tan was the (then) Deputy Public Prosecutor in this case.

** Do note that these two cases were dealt with under the pre-2019 legal framework and may not be reflective of current sentencing trends. It is therefore important, should you ever be investigated and/or charged for drink driving, to know your rights.

“Parliament passed amendments to the Road Traffic Act in July [2019], one of which was to increase the penalties to deter irresponsible and dangerous driving: We have doubled the penalties for driving under the influence of alcohol, where a first-time offender can now face up to a year in jail and/or a fine between $2,000 to $10,000 and be disqualified from driving for at least two years…

Drink-driving can lead to serious consequences. It sharply increases the likelihood of accidents and endangers the lives of other road users. These amendments and campaign efforts are part of our holistic approach to combat drink-driving.”

The law on drink driving

Under section 67(1) of the Road Traffic Act, it is a criminal offence to drive whilst under the influence of alcohol or drugs. Specifically, a person can be found guilty of this offence if the said person if driving on a road or other public place while:

Do note that for the former, you do not need to be above the legal limit. All that needs to be shown is that you are (a) intoxicated and (b) unable to control the motor vehicle in your charge.

Further, it is not only intoxication by alcohol that is prohibited. If you are under the influence of drugs or other intoxicating substances (e.g. certain medications, glue-sniffing), you can be found guilty of this offence.

Must I give a blood or breath sample if the police ask for it?

Yes. You are required under the law to take a breathalyser test or give a specimen of your blood if the police have reasonable cause to suspect that you are under the influence of alcohol.

Failing to comply with a police officer’s request without reasonable excuse is an offence under s 70(4) of the Road Traffic Act, punishable in the same way as if you had actually been drink driving (i.e. liable on conviction to be punished as if the offence charged were an offence for drink driving), with the same penalties, set out below.

What is the punishment for drink driving?

As set out above, parliament amended the law to provide for higher penalties for drink driving, to take effect from 1 November 2019.

For a first offender, the penalty is a fine of not less than $2,000, up to $10,000 or imprisonment for a term not exceeding 12 months or to both. What this means is that you can be awarded a fine only, a jail term only, or both a fine and jail term combined. You will also be banned from driving for at least 2 years unless the Court finds that you have “special reasons” not to be disqualified from driving.

For a second-time or subsequent offender, jail is mandatory. The penalty is jail for up to 2 years and a fine of not less than $5,000 and not more than $20,000. The period of disqualification from driving is upped from 2 years to a minimum of 5 years.

A common question asked is “If I am sentenced to prison when does my disqualification from driving start?” The answer is that the said disqualification begins from the day you are released from prison.

If I have previous traffic offences, how does this affect my sentence?

Minor traffic violations, even compounded ones, for speeding etc can be taken into account, as an aggravating factor, by a judge pursuant to the new section 139AA of the Road Traffic Act. However, an offender will still be sentenced within the ranges set out above.

However, if an offender was previously convicted of certain traffic offences (usually, the more serious ones), a judge can sentence an offender to up to three (3) times the usual penalties pursuant to s 67A of the Road Traffic Act.

Also, do note that if serious death or injury is caused, penalties can be higher and, while rare, include the penalty of caning of up to 6 strokes.

When in doubt, it is always best to consult an experienced criminal lawyer.

What will the Court consider when sentencing me?

Generally, the first port of call for any Court will be to look at the level of alcohol in the offender’s breath or blood at the time of the offence, especially when one is a first-time offender and there are no aggravating factors (e.g. you were stopped at a roadblock, you had not driven erratically, there was no speeding, no injuries etc).

In the landmark case of Edwin s/o Suse Nathen v Public Prosecutor [2013] 4 SLR 1139, the High Court came up with a broad band for the range of sentences to be awarded as a starting point for first-time offenders:

It is likely that these ranges are likely to be revisited, given the 2019 amendments to the law – especially since a first time offender must now be disqualified from driving for at least 2 years. However, the general principle stands that the higher your breath/blood alcohol level, the higher the penalty.

Further, do note that for drink driving cases where there was injury, harm etc, other considerations would apply. As discussed in Stansilas Fabian Kester v Public Prosecutor [2017] 5 SLR 755, a Court will consider:

I didn’t drive. I was just parked but drunk. Why have the police arrested me?

Even if you are not the driver of a vehicle, you may still be guilty of an offence if you are in charge of a motor vehicle while you are under the influence of alcohol.

Section 68 of the Road Traffic Act provides that any person who is in charge of a vehicle, but not driving the vehicle, on the road or in a public place, is guilty of an offence if:

Do note, however, that a person is not considered to be in charge of a vehicle if:

I.R.B Law Partner Muntaz Binte Zainuddin explains why you should always consider hiring a lawyer if you’ve admitted to a crime. If you need a professional criminal lawyer, please don’t hesitate to get in touch.

Azri graduated with a First Class Honours law degree from the National University of Singapore. Post-graduation, he joined the Singapore Legal Service and served as a Deputy Public Prosecutor, State Counsel, and Assistant Director of Legal Aid (Ministry of Law).…