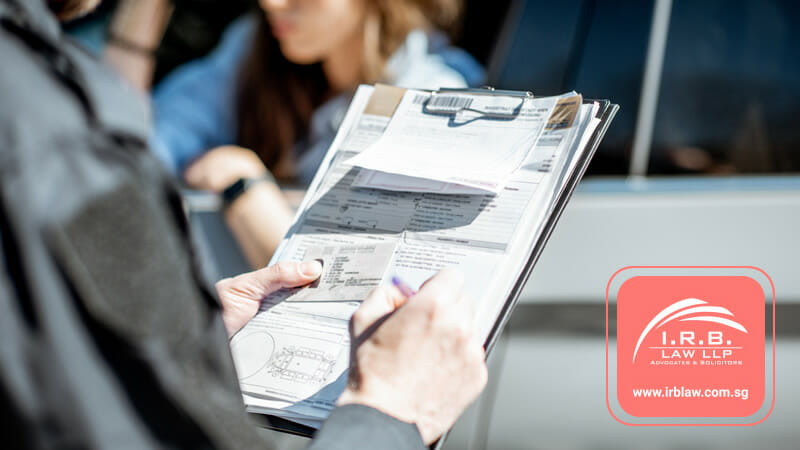 The Road Traffic Act governs the traffic rules and regulations in Singapore. Most commonly, the Road Traffic Act (RTA) provides for offences of speeding, reckless or dangerous driving, driving under the influence of drink or drugs and other such driving-related offences. However, the Act also provides for miscellaneous provisions under part 7 which mention offences not related to driving a vehicle. These offences involve giving false statements to any authority during any application and forging driving licenses to use in Singapore. This article aims to explain the above-mentioned offences along with the punishments for violating these provisions.

The Offence of Making False Statements

A person also commits an offence under this section if such person provides or causes to be furnished any specific details in connection with a change of registration of any vehicle that is false or misleading in any material regard, to that person’s knowledge or makes or causes to be made any entry in a record, register, or other document required to be kept under the RTA and the rules that are false or misleading in any material respect, according to the person’s knowledge.

Punishment for the Offence of Making False Statements

The punishment for the offence of making false statements is also provided under section 129(1) of the RTA. If a person is found guilty of this offence, he or she shall be liable on conviction to a fine of not more than $5,000 or imprisonment for a period of up to 12 months or both.

The Offence of Forging of Licenses, etc.

Section 129(2), with the necessary modifications, applies to any document showing an officer’s appointment for the purposes of this Act in the same way as section 129(2) applies to a licence, as according to section 129(4) of the RTA.
A person shall not be guilty of the offence of forging licenses, etc if such person establishes that he or she acted without any intention to deceive to the satisfaction of the court.

Punishment for the Offence of Forging of Licenses, etc.

Subsections (g), (h) and (i) under section 129(2) provide for the punishments for committing the offence of forging licenses, etc. The punishments are:

Section 129(8) states that a “document” includes a plate such as a number plate and any police officer or the Registrar, or any officer authorized by the Registrar in writing has the power to detach from the vehicle any such document along with the power to seize.

Any police officer or the Registrar, or an officer authorised by the Registrar in writing, who has reasonable cause to believe that a document carried on a motor vehicle or any licence, record, or other document produced to him or her under the provisions of this Act is a document concerning which an offence under this section has been committed, may seize the document. This power to seize documents is mentioned under section 129(5) of the RTA.
When a document is seized, the driver or owner of the vehicle must be summoned before a District Court or Magistrate’s Court to account for the document’s possession or presence on the vehicle, if the document is still detained and neither of them has previously been charged with an offence under this section.

The background of this case involved a person asking the accused to steal a motorcycle for her personal purpose. The accused and the other person stole a motorcycle, spray painted it to hide its original colours, and also affixed its number plates. After stealing the motorcycle, the accused and his companion decided to steal another. Before the commission of this offence, the accused was also disqualified from holding or obtaining a driver’s license. Along with other offences of theft, the accused committed the offence of riding while under disqualification, an offence under section 43(4) of the RTA and forging of licenses, etc., an offence punishable under section 129(2) of the RTA. The accused, Ahmad bin Sazali, 37 years old, committed a total of 31 offences. He pleaded guilty to 16 charges, with the remaining 15 being taken into consideration for the purposes of sentencing. The court determined that the imposition of seven years’ CT was not overly disproportionate in light of the facts. It retroactively applied the sentence to April 11, 2019, the date of his first arrest, with the time spent in custody and on bail being factored into the sentencing calculation. For his narcotics possession offence, he received the statutory three strokes of the cane. The disqualification period imposed for his most recent conviction for driving while being disqualified was 12 years for all classes of vehicles, starting from the day of his release from prison.

Tan Wei Jie, a 28-year-old Singaporean and part-time student at the Singapore University of Social Science, had conspired with another, Mr Lee Wui Liang, a 38-year-old unemployed Singapore citizen, to repurpose vehicles slated for deregistration or scrapping and ‘recycle’ them back onto the public roads through a variety of deceptions, including falsified Bills of Lading and Cargo Clearance Permits to give the false impression that the cars had been sent overseas for re-export to other jurisdictions. The plot began in September 2018, when the accused and Lee devised a plan to benefit from the sale or rental of de-registered vehicles. The nature of the plot necessitated a division of labour, with Mr Tan handling documentation and processing and Mr Lee focusing on ‘hands-on’ work on the automobiles to make the necessary changes. The accused would buy cars from legitimate car dealers with Certificates of Entitlement that were about to expire. He would profitably resell these automobiles to a variety of purchasers, including Lee. The automobiles would subsequently be modified in quiet parking lots by Lee. He’d remove the chassis and engine numbers, swap out the licence plate with a cloned one, and swap out the in-car unit for one from another registered vehicle. Mr Tan ensured that the cloned licence plate’s registration number belonged to an existing, still-registered automobile of matching colour, make, and model. Mr Tan embarked on the challenge of locating the replacement IUs and cloned licence plates that Mr Lee employed to avoid discovery. Mr Tan and Mr Lee’s plot came to an end after one of the automobiles they ‘recycled’ back into the public roads was used in a crime, and their acts were discovered during inquiries into a case of severe unlicensed moneylending-related harassment. The police had tracked down one of the automobiles involved in the crime and discovered it to be a de-registered vehicle with a cloned licence plate and an IU from another vehicle when it was seized. Mr Tan and Mr Lee were apprehended after a thorough investigation. The total punishment imposed was 26 months and two weeks in prison.

One black BMW was seen speeding on the Central Expressway and Tampines Avenue 5 on two separate occasions. The in-vehicle unit in this car belonged to another vehicle that was exported to Jordan on June 16, 2016, and the licence plate shown on the vehicle was fraudulent, according to police investigations. The police were able to track down the black BMW with the fake licence plate to the accused’s residence. On September 2, 2017, traffic police stopped and arrested the accused, who was driving a black BMW with a fake licence plate. Following his arrest, the accused acknowledged being the driver at the time of the incident. The accused was also found to have used a Malaysian vehicle with a fake licence plate number on at least three other occasions after the vehicle was detected passing through the ERP gantries. The accused only revealed to the police in 2019 that he had previously submitted false information to them. In truth, he didn’t communicate with anyone on Carousell about renting a Malaysian vehicle. He further acknowledged hiring the Malaysian vehicle from a Malaysian source and altering the licence plate number to “SJR7878A” for usage in Singapore, although the licence plate was forged. The accused, a 25-year-old Singaporean man, was charged with a total of 33 counts, including driving a Malaysia-registered vehicle without a valid Vehicle Entry Permit or vehicle licence and displaying a forged Singapore licence plate number on the Malaysian vehicle on multiple occasions between December 2016 and September 2017, an offence under section 129(2) of the RTA. He was also charged with two counts of supplying false information to a public official, particularly the investigating officers from the Traffic Police and the Land Transport Authority. The accused accepted the Prosecution’s offer on March 3, 2021, and pleaded guilty in front of the court to 14 proceeded charges, with the other 21 charges being considered for sentencing purposes. The accused was sentenced to 9 weeks imprisonment and a fine of $4,800 in default 16 days imprisonment.

The accused was under a disqualification order but was riding a motorcycle when he was spotted by two officers who tried to ask the accused to stop but the accused picked up speed and rode off. The accused requested that his acquaintance locate a motorbike for him. His friend ‘Sin’ provided him with the phone number of a Malaysian mechanic. The accused and the mechanic set a date for the motorcycle to be handed over and a $1,000 payment to be made. Both the front and rear Malaysian vehicle number plates were immediately removed by the accused. The accused changed the number plate on the back of the motorcycle with a fresh one. Because his friend, ‘Shanks,’ was also riding a similar Kawasaki KR motorbike, the accused decided to copy a friend’s vehicle number plate. The accused then proceeded to affix a plate on a vehicle that had not been issued. Before the current offence was committed, the accused, a 21-year-old Singaporean man, pled guilty to driving without a licence and operating a vehicle without insurance coverage before the court. The court found him guilty and sentenced him to a $600 fine for each offence, as well as prohibiting him from holding or getting any type of driver’s licence for a required minimum of 12 months on the same day. He was 19 years old at the time. The current offence was committed on January 13, 2020, a little more than three months later. He not only committed more offences this time, but they were more heinous, including violations of the RTA’s section 129(2). With effect from October 30, 2020, the court ordered the accused to attend reformative training for a minimum of 6 months in a reformative training centre. He was also barred from holding or getting any type of driver’s licence for 25 months, beginning on October 16, 2020.