Fiduciaries and fiduciary law in Singapore 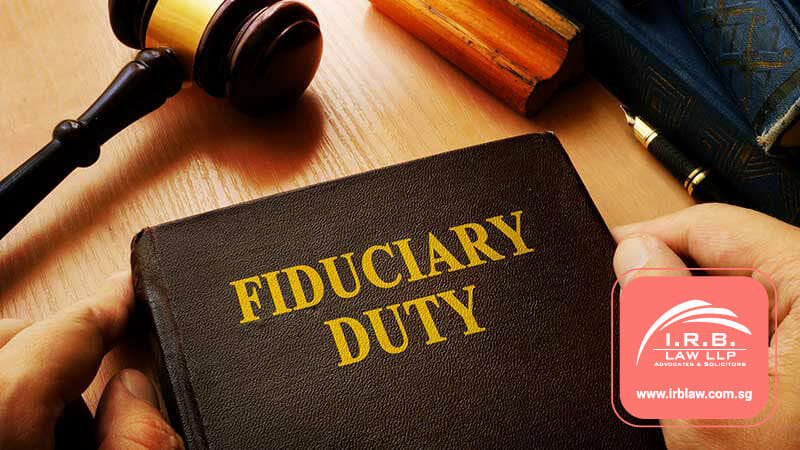 A Fiduciary is an individual who has been appointed by another (the “Beneficiary”) to act for or on behalf of the Beneficiary in certain matters or circumstances which establishes a relationship of utmost trust and confidence.

Are You a fiduciary?

Established categories of fiduciary relationships include:

The aforementioned categories are not exhaustive. The Courts may find that a fiduciary relationship exists when:

What is the basis for the Courts to establish a fiduciary relationship?

Singapore is part of the common law legal tradition. The decisions of precedent cases in the superior courts are binding on the lower courts. Furthermore, decisions in other Commonwealth jurisdictions, such as the UK, Malaysia and Australia can be persuasive decisions in the Singapore courts. When a fiduciary relationship is established in one of these cases, future cases are bound to follow what has been established before.

Statutes that are passed by Parliament may also impose certain statutory duties akin to fiduciary duties between parties. For example, the Companies Act specifies that company directors are bound by certain statutory director’s duties, on top of their duties as fiduciaries under common law.

What are the Duties of a Fiduciary

Fiduciaries are bound by certain duties in the course of their relationship with the beneficiary.

The first duty is the duty to avoid a conflict of interest and duty, otherwise known as the “no conflict” rule. For instance, a company director should not put himself in a position where his personal interest will conflict with that of the company’s. In that regard, when the company plans to enter into a contractual relationship with another entity that the director has an interest in, the director may be required to step away from the decision-making process and abstain from any votes in relation to the matter.

The second duty is the duty to avoid unauthorised profits, otherwise known as the “no profit” rule. For instance, a director of a company may be in breach of his duty if he usurps a business opportunity belonging to the company for himself. It should be noted that it is irrelevant that the director may have acted honestly, if the company had suffered no loss or if the company itself could not have obtained the profits (per Lord Russell, Regal Ltd v Gulliver  2 AC 134 at 145).

In certain circumstances, it is possible for the beneficiary to waive the duty owed by the fiduciary. In the case of a company-directory relationship, the company could also ratify certain actions of the director that would otherwise be a breach of a fiduciary duty.

Remedies for a breach of fiduciary duty

A common remedy for a breach of fiduciary duties is damages. However, there are other remedies available that a beneficiary can seek in court. Such remedies are not mutually exclusive and could include:

The beneficiary may seek from the court any of the aforementioned remedies that would be most favorable to remedy the breach.

How can we Help?

At I.R.B. Law LLP we understand that being a fiduciary is an onerous position and one that should not be taken lightly. If you find yourself in such a position and require assistance or clarification do not hesitate to reach out to our experienced lawyers. We will be able to advise you and ensure that you do not end up in a situation where you may be liable for any damages.