Key Terms You Should Look Out For Before Signing Any Contract 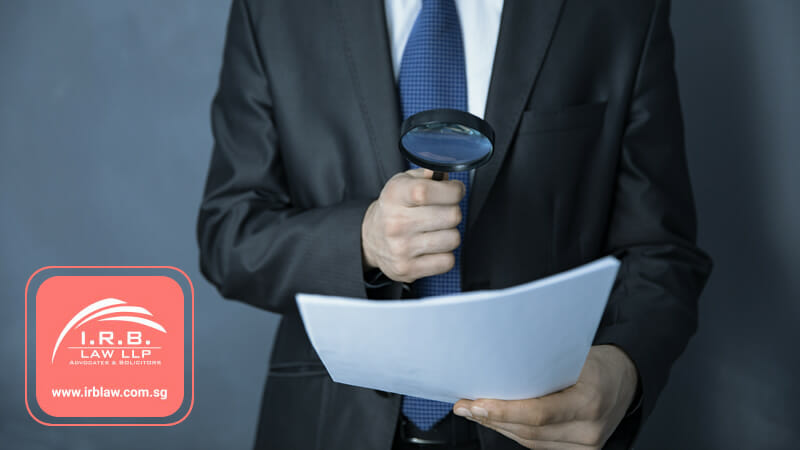 Contracts are part and parcel of our daily lives. From the terms and conditions we click ‘Agree’ to on websites, to our property purchases and commercial agreements, we enter into contracts to bind us and another party to a set of rights and obligations that govern our official relationships and transactions.

Once a contract is signed, you are legally bound by its terms. It is important that you understand all the terms, rights, obligations and possible liabilities under any contract you enter into.

In this article, we briefly discuss the key terms you should look out for in any contract.

Ensure that all details are accurate.

Names and identities are crucial, especially when you are dealing with companies. Ensure that the full company name is accompanied by the Unique Entity Number (UEN) to accurately identify the company.

When it comes to dates, there is one fine point you should always keep in mind – the date of the signing of the contract may not necessarily be the date on which the contract comes into force. Check. Double-check. And always approach a lawyer to make the task easier for you.

In all contracts, one party agrees to provide something in exchange for something which the other party provides. This could be money, goods, services, etc.

Always ensure that all details of the deal are included in the contract. The more details there are, the better. These details could be serial numbers and specification sheets for goods, and Key Performance Indicators and deliverables for services. If it’s money that is the subject of the contract, make sure to include payment information, such as means of payment (for example, cash, cheque or bank transfer), payment deadlines and amounts due.

A force majeure clause excuses the non-performance of parties under the contract due to events caused by no fault of either party to the contract. These are events that are beyond the control of the parties and make it impractical or even impossible to perform obligations under the contract. Examples of such events include natural disasters, power outages, fires, war, and strikes.

In case of disputes over such events and non-performance by either party, it is not enough for a party to rely on the force majeure clause alone. The courts will look at whether the parties took reasonable steps to resolve the situation, look for alternatives, negotiate with the other party for solutions, etc.

Breach of contract clauses set out the remedies that each party is entitled to if another party breaches a term of the contract. The remedy could be some specific actions the breaching party has to undertake, compensation, and even the right to terminate.

When it comes to compensation, care must be taken to ensure that it is not a ‘penalty’, but a genuine pre-estimate of loss/damages. The courts do not recognise or enforce penalties. A typical clause used in contracts is a ‘liquidated damages clause’, which stipulates a fixed sum of money which must be paid by the breaching party to the other party.

Termination clauses lay out and govern the circumstances under which the contract may be terminated by any party to the contract.

Termination of contracts normally happens upon complete performance (when each party receives what it bargained for under the contract).

Contracts may also be terminated due to breaches of contract. In such situations, the contract normally allows the other party to terminate before the completion of performance. Care should be taken to identify the types of breaches which will allow for termination, when termination will occur, whether there is an opportunity for the breaching party to remedy the breach and for how long such opportunity remains, and the rights of each party when termination occurs.

Termination clauses should also state the period of notice that the terminating party is required to provide to the other party.

Almost everyone enters into contracts hoping that they get what they bargained for and that the duties upon each party to the contract are performed perfectly. However, disputes occur every single day over contracts, especially in business-to-business contracts. Such disputes take time, money and lots of effort and work to resolve.

To reduce the time, expense and effort, it is important to include clauses which set out a detailed process for resolving such disputes. You don’t want to immediately go to court over every single dispute. Such clauses normally stipulate that parties are to resolve disputes amicably and in good faith before escalating the matter to more formal legal proceedings in the courts. You may even agree to alternative dispute resolution processes like mediation, or arbitration.

Exclusion clauses are normally employed in contracts to exclude or limit liability. In certain instances, they are drafted to reduce or even altogether remove the other party’s right to pursue remedies. Such clauses are also known as exemption clauses or limitation of liability clauses.

However, such clauses may not be recognised or enforced by the law simple because it was included in the contract. The Unfair Contract Terms Act (Cap. 396) negates or reduces the effect of exclusion clauses. Under the Act:

It would also be wise to keep in mind that the Courts generally interpret clauses seeking to limit liability less strictly than those that seek to exclude liability altogether.

All contracts are subject to risk. To mitigate such risks, indemnity clauses are almost always included, especially in commercial contracts. Such clauses delegate the responsibility for the various risks and set out the extent of such responsibility. Common risks which are the subject of such indemnity clauses include loss or damage of goods, non-payment, injuries, insolvency, etc.

Always negotiate against indemnity clauses drafted in very broad terms which allow the other party to evade responsibility for almost any and all risks. Take the time to define such risks and restrict the scope of such indemnity.

Never blindly sign any contract. Take the time to read, consider and discuss with a lawyer if possible. An experienced commercial lawyer should be able to advise you on the key terms, how to draft them, what to negotiate for, and what to accept.

In many commercial dealings, just knowing that you are being represented by a lawyer who will pore through the contracts you are about to enter into would make the other party more reasonable in negotiations and in the drafting of contracts.

A Quick Guide to Distributorship Agreements