The Law on Espionage in Singapore 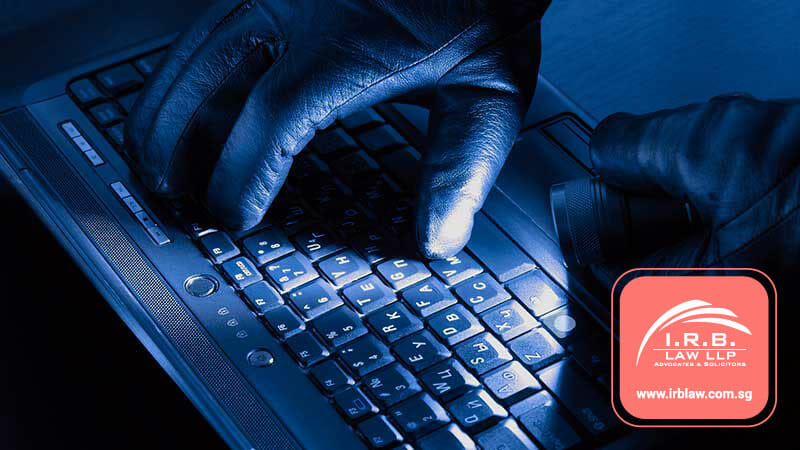 On 4 August 2017, a prominent Professor of the Lee Kuan Yew School of Public Policy, Dr Huang Jing, had his permanent residency cancelled. He and his wife are set to be expelled and subsequently barred from entering Singapore again, and were given seven days to appeal to the Ministry of Home Affairs.

The offence? Spying and interfering with domestic affairs.

The Ministry of Home Affairs stated that Dr Huang was working as “an agent of influence of a foreign country”, communicating with foreign intelligence organisations from an unnamed country and subverting Singapore’s domestic politics to “covertly advance the agenda of a foreign country”.

While this is the first publicly known case of its kind in two decades, it is definitely not a trailblazer; there have been similar cases where individuals were charged under the Internal Security Act or, where appropriate, with other related offences.

But there is a certain ambiguity when it comes to espionage – what exactly are the laws on spying?

In Singapore, there are a few Acts interacting to counteract any attempts at intelligence gathering by foreign agents. Two of the more prominent and relevant ones are the Internal Security Act (Cap 143, 1985 Rev Ed) and the Official Secrets Act (Cap 213).

It should be noted that cases of this nature are not usually adequately represented in the news nor explained to the public. This is because they concern sensitive information and are thus not at liberty to be disclosed. The sentences of convicted individuals may also vary, as these cases are primarily subject to the discretion of the Government on what is best for the interests of the nation.

What is the Internal Security Act (ISA)?

The ISA is aimed at maintaining public order and protecting Singapore’s interests, which includes the stopping of suspected intelligence-gathering for foreign agencies.

While initially drafted to combat communism in Singapore’s early years, it may now be applied to racial and religious extremists and intelligence-gatherers for foreign intelligence agencies.

What Can the ISA Do?

The Minister for Home Affairs may order a maximum of two (2) years’ detention without trial, or any other appropriate restrictions on the suspect’s liberty. The suspect must then be informed of the grounds of punishment and of his or her right to appeal to the relevant authorities within fourteen (14) days of the service of the order.

Within a period of twelve (12) months of a suspect’s detention, his or her case may be reviewed and, with the President’s satisfaction, an extension of his or her detention may be ordered.

If you wish to read about the Act and the powers it grants in detail, please click on this link (https://www.mha.gov.sg/Newsroom/speeches/Documents/ISA_Booklet-English.pdf).

How is the ISA Used?

However, the Government understands the severity of detaining an individual and taking away his or her right to trial. Therefore, it typically applies the ISA sparingly and will prefer to charge the offender under another related law instead.

What is the Official Secrets Act (OSA)?

In general, the OSA makes criminal the sharing of official documents and information with those not authorised to receive such knowledge.

In the context of this article on espionage, section 3 of the OSA lays out what constitutes spying. This list includes communicating any confidential information or passing any visual representations of a location to a “foreign Power”.

What Can the OSA Do?

Under section 3(2) of the OSA, an individual will be considered guilty unless he or she can prove that the information in question is not sensitive nor “intended to be directly or indirectly useful to a foreign Power or to an enemy”.

Should a suspect be found guilty under section 3 of the OSA, the possible sentences are a maximum fine of S$20,000 and a maximum of fourteen (14) years’ imprisonment.

What is Confidential Information?

Any information that is “prejudicial to the safety or interests of Singapore” or “directly or indirectly useful to a foreign Power or to an enemy” can be considered confidential and non-disclosable. Such information may be written, visual, or on any other medium that can be communicated.

There also exist related Acts that specify and establish protection for certain types of organisations. For instance, the secrecy of information of government organisations is protected by the Statutory Bodies and Government Companies (Protection of Secrecy) Act (Cap 319, 1995 Rev Ed). Under Part I of the Schedule, the statutory bodies and the Acts granting their powers are listed.

Another example of confidential information can be found in a 1993 case (http://www.nytimes.com/1993/10/22/news/22iht-sing_0.html), where a leak of Singapore’s economic growth rate for 1992’s second quarter was considered secret and, thus, a valid subject for a charge under the OSA.

What Should I Take Note Of?

While you may think spying and collecting national secrets only happen in movies, this is a matter that Singapore takes very seriously in real life. You could very well be a witness of a potential threat to our national security, or you may inadvertently become the target of offences under the ISA or OSA.

To protect yourself, be sure to consider any information you are given about Singapore before passing it on. You should also take into account the source and destination of this information. Under section 3(3) of the OSA, if you have reasonable suspicion that the information may be meant to subvert national affairs, you should raise the matter to a relevant authority.

Should you bear witness to anything suspicious and have reasons to believe it is related to an unsanctioned sharing of national secrets, be sure to inform a relevant authority as soon as possible.

Being a small country, Singapore is vigilant to any potential threats to our national security and order. This includes keeping mum on certain key matters to protect our interests and also coming down hard on anybody who shares what they should not.

Here at I.R.B. Law LLP, we understand that this harshness and severe vigilance can mean innocent parties get embroiled in cases they should not be involved in. With our expertise and experience in criminal litigation, our lawyers will be determined in fighting your case and making sure your appeal is heard.

Speed is key in such matters. Contact us at [email protected] or +65 6298 2537 when you are ready to prepare your case. First consultations are usually free, as our focus is on quality services at affordable prices.