Offences Relating to Religion or Race 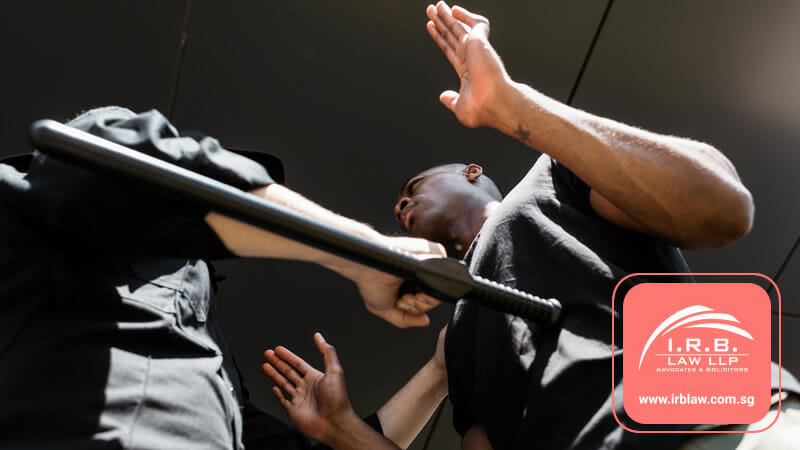 1) Injuring or defiling a place of worship with intent to insult the religion of any class
2) Disturbing a religious assembly
3) Trespassing on burial places, etc.
4) Uttering words, etc., with deliberate intent to wound the religious or racial feelings of any person
5) Promoting enmity between different groups on grounds of religion or race and doing acts prejudicial to maintenance of harmony

This offence is mentioned under section 295 of the Penal Code. This offence is committed by anyone who destroys, damages, or defiles any place of worship or object held sacred by any class of people with the intent of insulting their religion, or with the knowledge that such destruction, damage, or defilement will be considered an insult to their religion by any class of people.

The punishment for anyone guilty of this offence is imprisonment for a period of up to 5 years and a fine or either.

This offence is committed by anyone who voluntarily causes a disturbance in any assembly that is lawfully performing religious worship or religious ceremonies. This offence is mentioned under section 296 of the Penal Code.

The punishment for disturbing a religious assembly is imprisonment for a period of up to 3 years and a fine or either.

Trespass on burial places is defined under section 297 of the Penal Code as trespass in the following areas:

• A place of worship;
• A burial ground (such as a cemetery); or
• A location designated for the execution of funeral ceremonies or the preservation of the deceased’s remains.
With:
• The intent of hurting someone’s feelings or insulting their religion; or
• Knowing that you are likely to hurt someone’s feelings or offend their faith as a result of your actions.
If a person is found guilty of trespassing on burial places, they will face up to 3 years in prison, a fine, or both.

Uttering words, etc., with deliberate intent to wound the religious or racial feelings of any person

An allegation under section 298 of the Penal Code is a charge for uttering words, etc., with the deliberate purpose to hurt any person’s religious or racial sentiments. To be judged guilty of this offence:

In this case, “person” refers to people in general, rather than a single individual. No one needs to be offended or have their “religious or racial sentiments” wounded for a person to be judged guilty. It is enough that such person intended to hurt those people’s sentiments. Courts prefer to construe “religious or racial feelings” broadly as being infringed upon whenever any potentially unpleasant or insulting notion is publicly communicated if the opinion has something to do with race, racism, race relations, or religion.

In showing that intention, the content of the thought’s expression is frequently sufficient proof in and of itself, i.e., that the language is so harmful that one must have intended to offend someone’s “religious or racial feelings”.

The punishment for this offence is imprisonment for a period of up to 3 years and a fine or either as mentioned under section 298 of the Penal Code.

Section 298A of the Penal Code, on the other hand, makes it a crime to promote enmity between various groups based on religion or race or to engage in acts prejudicial to the maintenance of harmony. To be found guilty of a violation of section 298A:

• One must have expressed a thought in some way, whether orally, in writing, through gestures, or the use of signs;
• That expression must promote, or attempt to promote, disharmony or feelings of enmity, hatred, or ill-will between different religious or racial groups; and
• One must be aware that one’s expression or attempted expression of that thought is likely to promote those things.
Or
• One must have performed an act that they knew might disrupt harmony between various religious or racial groups; and
• That act must disturb, or be likely to disturb public tranquillity.

Section 298A offence is separated into two possible criminal activities: the utterance of offensive ideas and the performance of an offending act. Concerning the first, namely the expressing of offending ideas, one’s understanding of the consequences of their speech here is lower than the purpose needed in section 298. The prosecution generally only needs to show that the accused understood that any reasonable person would have realised that such a speech would encourage disharmony, enmity, hatred, and so on.

The statute does not describe the societal interests being safeguarded like harmony, public tranquillity, and so on. Vague concepts like harmony are difficult to define legally and do not appear frequently in legislation. They are regarded to be purposefully vague to provide judges broad discretion in judging what sort of action is likely to generate disharmony, enmity, hatred, and so forth based on all relevant factors.

The punishment for committing this offence is imprisonment for a period of up to 3 years and a fine or either as according to section 298A of the Penal Code.

If you are convicted of an offence under Penal Code sections 298 or 298A, you might face up to 3 years in prison and/or an unlimited fine. However harsh or conditional warnings are the most usual outcomes of most investigations into such situations. Because those probable punishments imply a rather large range of possible outcomes for offenders, several sentencing factors are crucial to the eventual sentence in each given case.

• Youth.
• If applicable, retraction and apologies.
• Remorse.
• Signing an undertaking not to re-offend.
• Willingness to participate in counselling.
• There are no prior convictions.
• Plead guilty.
• Cooperation with the inquiry.

Mr Amos Yee, a video blogger and former child actor, was convicted under section 298 of injuring the religious feelings of Christians for a video he posted of himself in which he disparaged the values of Christianity, Christians, and Jesus Christ in comparison to those of the late Mr Lee Kuan Yew, Singapore’s former Prime Minister. He specifically labelled Jesus Christ, a prominent figure in the Christian religion, as “power-hungry,” “malicious,” and “deceptive,” and criticized Christians for not knowing enough about the teachings of the Bible. The accused sought trial on a charge under Penal Code section 292(1)(a) and a charge under Penal Code section 298. He was found guilty and sentenced to one week in prison on the charge under section 292(1)(a) and three weeks on the charge under section 298. Both sentences were set to run consecutively. The four-week sentence was backdated, and the accused was freed the same day. He filed an appeal against his conviction and sentencing on both counts. Following a hearing of the parties submissions, the court determined that the overall sentence of four weeks in jail was proportionate.