An Overview to Bail in Singapore 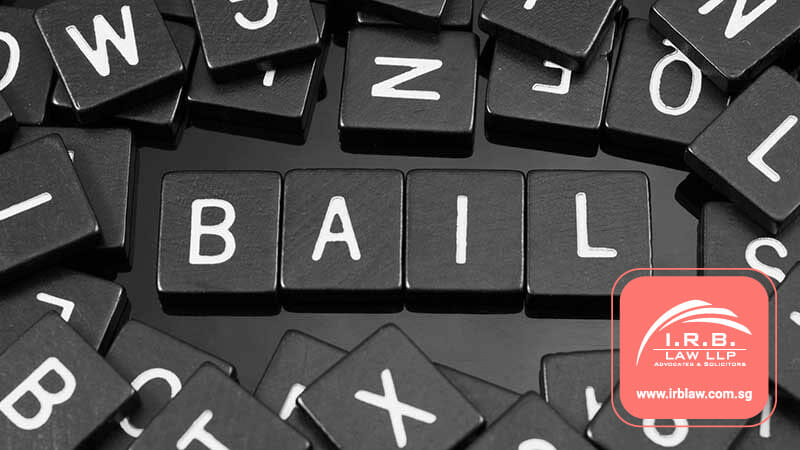 A bail is a temporary release of an accused person awaiting trial. Moreover, the release is effected when a surety (a person who takes responsibility for another’s performance, e.g. their appearance in court) deposits a sum of money to secure the attendance of the accused before the Court or police on all of his or her Court appointments.

The Court can award bail on the premise of whether the offence committed is bailable or non-bailable. Non-bailable offences are capital offences which involve the death penalty, such as murder. Some offences, which are graver in nature are also non-bailable. Such offences include rape and kidnapping. However, it is worth noting the Court has the discretion of whether or not to award or deny bail on a case-by-case basis. In other words, a judge can offer bail to someone whose crime is seemingly undeserving of bail and vice versa.

Aside from not committing a heavy crime, there are more conditions which may render a person bailable. If an accused person of a non-bailable offence is arrested or detained without warrant by a police officer, he or she may be released on bail by the Court or a police officer whose rank is higher than that of sergeant. Furthermore, a person may be released on bail if he or she is detained without warrant by an officer or is brought before a Court and is prepared at any time while in the custody of such officer or at any stage in the proceeding before such Court to give bail.

To be released from jail on the status of bail, either the accused person or one or more sureties must ensure that a sufficient sum of money can be held as collateral until the accused attends Court on all hearing days until the matter is fully resolved.

When the accused is charged, the police determines the amount of bail and then passes a bail onto the Court. The accused must have a surety who is a Singaporean citizen, above 21 years old, is not bankrupt nor has any pending criminal proceedings against him, and is mentally stable. The surety/bailor then goes to the Bail Centre (Crime Registry, Level 1, State Courts) to stand as a guarantor for the accused to attend the court hearings.

The Price Tag on Your Freedom

The bail amount is determined by the Court. Although the prosecution may make submissions on it. If the defence disagrees with the prosecution’s submissions, the defence can also make their own submissions on the appropriate bail amount. In addition, there is no right to appeal on bail. However, an application can be made to the High Court to grant or vary the bail. Some relevant factors that the court takes into account are the following:

According to Division 5 of the Criminal Procedure Code, the “amount of every bond executed under this Division must be fixed with due regard to the circumstances of the case as being sufficient to secure the attendance of the person arrested or charged.” In other words, the price of every bond depends on the likelihood of the accused attending court for his or her hearing.

Regarding the form of deposit, bail amounts of $15,000 and below accept collateral in forms of personal property, jewelry, and movable household items. On the other hand, for bail amounts that exceed $15,000, the only acceptable form of monetary collateral is cash or cash equivalent such as fixed deposits or savings accounts as security for bail. Upon being approved, the accused is released, but is obligated to make an appearance in court when summoned and cannot leave Singapore without permission. The bond binds the released person to appear when called on at any court to answer to the charge.

Rules of the Bond

The bond is valid as long as the following stipulations uphold:

Not only does the accused have duties to perform, the surety does as well. In addition to being informed about the next trial date of the accused and acknowledging the bail bond before a Magistrate, the surety’s duties include the following:

In a nutshell, the surety must find a way to make sure the person he or she is covering for doesn’t run away or else the surety will lose all his or her deposited monetary collateral.

On the other hand, if the surety does not want to provide security and release anymore, he or she can apply for a discharge of bail. Upon discharge, the accused will be arrested again. Alternatively, the surety can “arrest” the accused him or herself and bring the accused to the police. When the discharge is complete, the bond is terminated and the surety is no longer responsible for the bail money. Another way a surety can be absolved of losing his or her money in the case that they accused absconds is if he or she is able to offer a sound and solid reason for why the accused failed to appear before the court when summoned (e.g. the accused was seriously ill).

There have been a number of cases in which people have jumped bail, meaning they failed to attend a court hearing and the full bail amount pledged as security had to be forfeited. In 2014, a friend was ordered to pay $5,000 and to conduct a manhunt for a friend who jumped bail. In 2011, a family was ordered to pay $85,000 out of a $100,000 bail after drug trafficker Irfan Ahmed Khan, 29, skipped town. These ordeals were classic cases of a person agreeing to be a bailor without fully understanding the implications.

Otherwise, according to the sage words of District Judge Eddy Tham, “don’t take up the responsibility if you don’t have the financial means to do so. If you have no money, you have no business to be somebody’s bailor.”

Though it is often the norm to prefer being bailed out, there exist certain practical reasons to not accept the bail offer. For instance, if the accused intends to plead guilty to an offence which will carry a considerable term of imprisonment, he or she should consider remaining in remand until the case is finally disposed of. It would be more rational to remain in remand because if there is a break-in period, the Court will not be able to back-date the sentence of imprisonment to the date of arrest, and so the accused would have to serve the term regardless of the time he or she has spent in remand awaiting bail.

Bail can be a tricky matter, and if you are in any predicament regarding bail, you are more than welcome to contact I.R.B. Law LLP. Our team of lawyers specialise in a wide range of legal fields and are all committed to providing a means for you to understand the multifaceted Singapore Legal System.

We always are willing to take the time to know your case and offer real legal solutions rather abstract static legal advice. Your first consultation with us is always free, and we would be pleased to hear from you and be of service. Please don’t hesitate to contact us at [email protected] or call at +65 6298 2537.