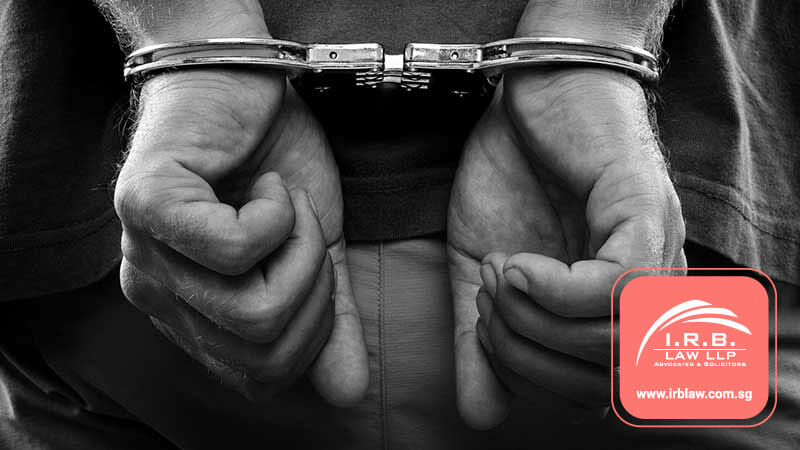 Rape in Singapore has been on the rise, with one of the more recent incidents being the British trio who were sentenced to 5½ to 6½ years imprisonment and with each of them receiving between 5 to 8 strokes of the cane. In July 2017, Muhammad Iskander Ismail (28 years old) was sentenced to 16 years in prison and 24 strokes of the cane for sexually assaulting and raping a teenager (19 years old).

Upon delivering his verdict, Justice Chan Seng Onn stressed to Iskander to use the time behind bars to reflect on what he had done and resolve to change himself and to learn some skills in prison so that he could come out of prison and be more useful in society. It is important to take note that in Singapore, rape is deeply frowned upon and the punishment is severe.

The laws around rape in Singapore

Furthermore, if the man rapes or tries to rape the woman by “(i) voluntarily causes hurt to ; or (ii) puts her in fear of death or hurt to herself,” he will face up to 20 years in prison and 12 strokes at the very least.

Note: under Singapore law, consent is not deemed to be given if the woman is so intoxicated that she is unable to understand the nature and the consequence of what she is consenting to.

Can a man be a victim of rape?

A man may be the victim of sexual penetration under S376 if there was non-consensual oral sex or finger/object penetration. This act carries the same penalties. If you are a man and have been subjected to bodily violation, call one of our understanding lawyers so we can give you the leverage you need to get fair treatment. All conversations on the matter will be held in strictest confidence.

Can someones wife be the victim of rape?

In Singapore, a man cannot be convicted of raping his wife unless the rape was committed in circumstances stated in S375(4) of the Penal Code. There are many women in Singapore who have sexual intercourse forced on them, but they are unable to voice the mistreatment because of the nature of the law.

In June 2016, Channel News Asia reported that Singapore “was ‘actively working towards’ repealing law that exempts husbands from being charged with raping their wives,” but as we approach 2019, it still currently remains. There is steps currently in progress that should change this situation shortly.

There are some offender-specific mitigating factors that may help an offender lighten the penalty for their crimes.

The Court of Appeal has discussed the mitigating value of a plea of guilt and deemed that it should be assessed in terms of (a) the extent to which it is a signal of remorse; (b) the savings in judicial resources; and (c) the extent to which it spared the victim the ordeal of testifying. while apologizing to the victim may be accepted by the court as evidence of remorse, it cannot be said that overwhelming weight would be attached to it, or a factor that the Court will take into account when sentencing the accused.

The law on attempted rape in Singapore

The intention is the main element here and is dealt with in Section 511 of the Penal Code. Section 511 of the Penal Code states, that “whoever attempts to commit an offence punishable by the Code and in such attempt does any act towards the commission of the offence, shall for the punishment of such attempt, be punished with such punishment as is provided for the offence.”

When considering the offence of rape, then, anyone that intends to rape someone, and takes action towards doing it, can be subject to the same penalties as someone who actually commits it. Section 375 (3) (b) states that, for the committal of rape, a perpetrator can face “imprisonment for a term of not less than 8 years and not more than 20 years and shall also be punished with caning with not less than 12 strokes.” The consequences, evidently, are severe.

How have actual attempted rape cases been dealt with in Singapore?

A Channel News Asia report detailed how Daler Singh, a construction worker in Singapore, was sentenced to four years and five months in jail, as well as 4 lashings of the cane, for attempting to rape a woman. The victim managed to ward Singh off, protecting her private parts with her hands, and shortly after the encounter notified the authorities.

Singh did not garner much sympathy in Court, the prosecutor stating that “a woman’s inalienable right to say ‘no’ will always be protected by the Courts and any offender who seeks to trample upon that right will face harsh penal consequences.” While the distinction between rape and attempt of rape is important, the law will lay down its fist on anyone with the intention of committing such a crime.