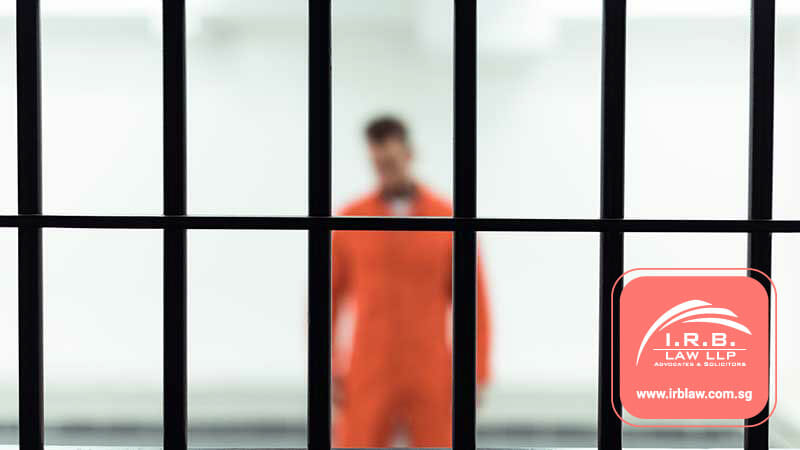 While it is in the public’s interest to impose tough punishment on offenders of serious crimes in order to maintain the peace and order we enjoy in Singapore, there are wider alternatives available for less serious crimes. The punishment must fit the particular offence and the offender. As such this article will explain to you the various sentencing options available.

Some offences carry a mandatory imprisonment term while others do not. In the latter situation, the Court has the discretion whether to impose an imprisonment term or not. An imprisonment term is a form of curtailment of liberty of the offender as it means that he will be spending a period of time in prison. The length will depend on the severity of the offence and will be within the sentencing range prescribed in the relevant statute such as the Penal Code. When an imprisonment term has been sentenced to an offender, the date of commencement can be backdated to the date he first got remanded in prison. However, in a situation where the offender was released on bail prior to the passing of his sentence, the Court may order the sentence to commence at a later date.

Fines may be imposed as an alternative to imprisonment or for some offences, fines can also be imposed in addition to an imprisonment term. This depends on the type and severity of the offence. In the event that an offender is not able to pay up or fails to pay the fine imposed on him and he, therefore, defaulted payment of the fine, he will be sent to prison and must serve a sentence of imprisonment in default of the fine. The length of imprisonment for default payment of fine will also depend on the type and severity of the offence.

Caning may be ordered on a discretionary or mandatory basis, as specified in the relevant statute. However, caning only applies to male offenders below the age of 50. There are instances where men who have been declared unfit for caning are also exempted from caning. Thus, a court has the power to impose additional imprisonment term if the offender is, a female, who by virtue of her gender is exempted from caning, a male above the age of 50 years old or a male who has been certified unfit for caning.

Probation is typically ordered on young offenders below the age of 21. The decision of whether to place an offender on probation will depend on the nature and severity of the offence, the character and living environment of the offender, the offender’s propensity to reform, the familial support of the offender, the offender’s risk of re-offending and the risk of breaching the conditions of probation. Further, a report prepared by a probation officer must be taken into consideration. During the probation period, the offender will be supervised by a probation officer for a period of 6 months to 3 years. The offender will still be able to carry out his daily activities freely. Importantly, however, he must not re-offend and must strictly abide by the conditions imposed on his probation such as being home by the curfew time. An offender who breaches any of the probation conditions may face dire consequences. The probation order may be revoked and the court may sentence the offender to a fine or imprisonment, depending on the type of punishments prescribed for the particular offence.

The various types of community sentences are as follows:

The Court may make an order for the disqualification of an offender’s driving licence for a period of time when he commits road traffic offences governed by the Road Traffic Act and/or any other written law.