Singapore’s Criminal Procedure Code and Evidence Act Amendments: What You Need to Know 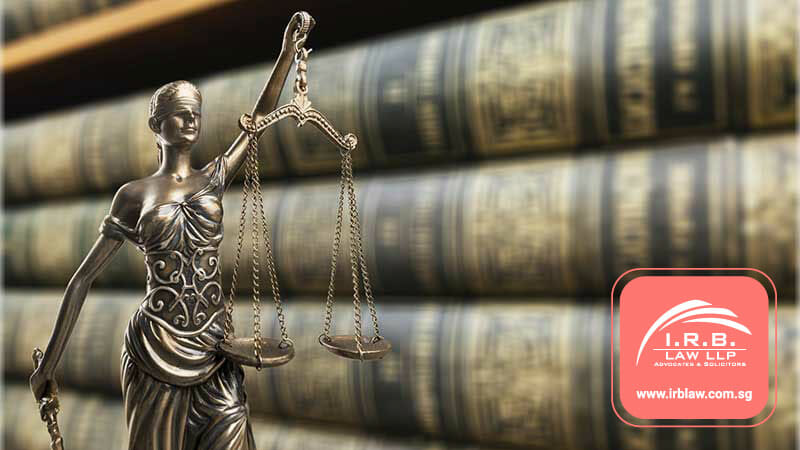 On Monday, July 24, the Ministry of Law released details of 50 proposed changes to the Criminal Procedure Code (CPC) and Evidence Act.

The process of describing the proposed changes has allowed various groups tied to the criminal justice system, such as the Judiciary, the Attorney-General’s Chambers and victim support groups, to offer their feedback and suggestions.

What are the CPC and Evidence Act?

The CPC guides criminal investigations and procedures for criminal hearings, such as trials and appeals, while the Evidence Act governs any matter concerning evidence in court, including in criminal cases.

How is This Relevant to Me?

The CPC and Evidence Act significantly affect the way crimes are tried and punished in Singapore. They regulate the way justice is meted out to keep the process fair and efficient. As such, they play a significant role in preserving the order and security that we enjoy in Singapore today.

Why Must the Law in Singapore be Amended?

The law in Singapore has to continually evolve as time passes to stay relevant and efficient in our society. Thus, to ensure that the law is representative of the justice we seek as a society, amendments are necessary.

What are the Changes mainly?

It is first important to note that the proposed changes were crafted with the intention of improving the fairness and effectiveness of existing procedures, and should thus be reviewed under such a light.

In general, the proposed changes affect court procedures, the powers of investigators, and sentencing and other powers of the court. They include measures to increase the protection of vulnerable groups, such as victims of sexual or child abuse crimes, and provide more procedural and sentencing options which add nuance to the processing and trying of cases. This will enable the court to treat each case as fairly as possible, according to each case’s unique facts.

A few of the notable changes are set out in detail below. If you would like to read about all fifty (50) changes, you can click on this link (https://www.mlaw.gov.sg/content/dam/minlaw/corp/News/AnnexB.pdf) to find out more.

#1: Increased Use of Technology

The proposed changes include measures to integrate the increased use of technology in legal processes. This is aimed at increasing the efficiency of procedures and reduces the time taken to complete tasks on the whole.

One proposal is allowing digital signatures on documents used in court, which will increase compatibility with the electronic systems used in the criminal justice process. Examples of such documents include written orders by law investigators and investigation statements from witnesses.

Additionally, the service of notices, orders, or documents will be sent via email to improve operational efficiency. However, summons or notices to attend court will still be sent via post, as will documents sent to those not being represented by a lawyer in court.

Being introduced for the first time are legislative changes allowing video-recorded statements to be taken from suspects and witnesses, in place of written statements.

This will affect Part IV of the CPC, which regulates how officials receive and treat information related to an offence. The options to take statements in writing or via video recording will be open to investigators and will depend on the type and severity of the offence. It will be compulsory for certain severe offences, such as serious sexual crimes.

Introducing video recordings is intended to deter investigators from engaging in questionable services by presenting the whole interview process and the interaction between interviewer and interviewee. It is also meant to protect vulnerable victims from having to detail their traumatic experiences repeatedly.

Changes to Parts XII (concerning trial procedures) and XIV (concerning witnesses and evidence) of the CPC and the Evidence Act have been proposed to help vulnerable victims cope with the stress and trauma they have sustained, which could affect the quality of the evidence provided in court.

Victims of sexual and child abuse crimes will be kept anonymous via a gag order from the moment the crime is reported and will be entitled to in-camera (closed-door) hearings when testifying in court. They will also be able to testify behind a physical screen, to shield them from the accused. Questions on the victim’s sexual history and behaviour irrelevant to the charge will not be allowed unless explicitly permitted by the court.

Beyond victims of sexual and child abuse crimes, the court will be granted greater discretion to order exceptions to open court proceedings, from reasons such as a legitimate interest in privacy.

The scope of offences covered by community-based sentences will be widened, and re-offenders who have been imprisoned or gone for reformative training in the past will be able to qualify for community services. This will give more convicted offenders the opportunity to gain from rehabilitation in society.

In some cases, community services could be paired with a suspended jail term during sentencing. This is hoped to encourage increased compliance with the sentence of community service, as the breach of this sentence will result in the jail term being imposed.

The bail regime is also to be strengthened. For offences related to the perversion of the course of justice and providing false evidence, the option of bail will be removed. It has been reasoned that those offences already show contempt for the law, and thus carry a higher risk that suspects will defy the bail conditions. Additionally, electronic tagging has been proposed as a new bail condition.

#5: More Nuanced Treatment of Those With Mental Conditions

To boost the objectivity of evidence given, only psychiatrists from a court-administered panel will be allowed to present expert advice in criminal cases.

If the accused is acquitted from an unsound mind, a medical practitioner must gauge whether the accused may be released without danger to himself or society. Present law does not currently address what follows an unremarked-upon acquittal based on a mental condition, but the new changes propose that the accused should be released unconditionally, if safe to do so.

Additionally, it has been recognised that there may be various reasons behind an unfitness to make a defence beyond mental conditions. Therefore, amendments to existing special procedures are being proposed to accommodate exceptional circumstances.

How can we assist you?

At I.R.B. Law LLP we have a team of lawyers who are passionate about justice and fairness. We believe that anyone who is accused is innocent until proven guilty. And even if you are found guilty you should have the opportunity to turn over a new leaf and start living your life again.

Our experienced team of Criminal Litigation Lawyers will be able to advise you of your rights and what every stage of your matter. We always have your best interest at heart.

Our first consultation is usually free as we wish to focus on you and not on your wallet. Do not hesitate to reach out to us at [email protected] or call us at 6589 8913 to and schedule an appointment with one of our experienced lawyers today.