Smuggling of Contraband Goods in Singapore 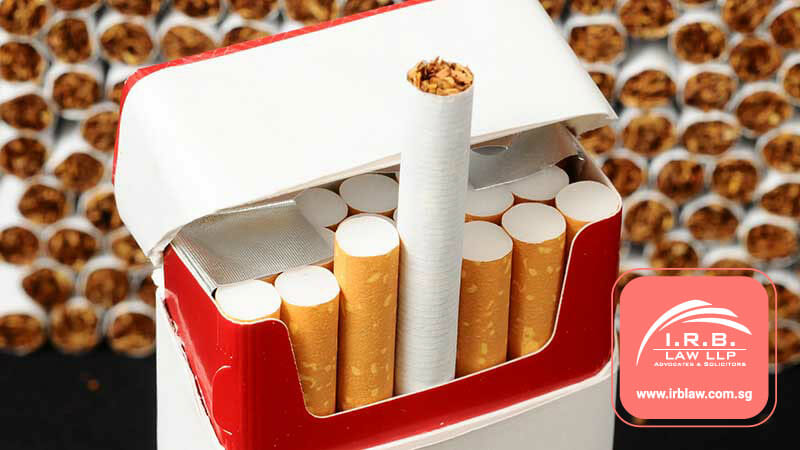 The importation of uncustomed goods (otherwise known as smuggling of contraband goods) is an offence under the Customs Act. While goods such as tobacco and alcohol are not illegal in Singapore, they attract significant duties and taxes. Bringing in these goods without paying the customs due is to the potentially lucrative trade. There are thus three main reasons for the severe penalties.Firstly, is that these high sentences would create a deterrence to would-be smugglers. Secondly is to ensure that the revenue otherwise generated from these taxes is not lost to smugglers. Thirdly is to ensure that the system of taxation is effective in curbing consumption of these goods by keeping prices high. There are thus strong policy reasons for the heavy sentences.

Any person who is in any way concerned in importing any uncustomed or prohibited goods shall be guilty of an offence.

The punishment for the offence is a fine, not less than 15 times but not more than 20 times the amount of the customs or excise duty which would have otherwise been evaded, with a minimum of $1,000, or imprisonment not exceeding 3 years.A fine of 15 times might the customs duties to be paid may not seem much, but often the amount of tobacco products smuggled can be large and thus the duties that would have been evaded can be substantial. As a result, the fines can be very large and are often substituted with a prison sentence. A question that may arise is how such prison sentences are decided.

The locus classicus with regards to section 128F of the Customs Act is Yap Ah Lai v Public Prosecutor (“Yap Ah Lai”). In this case, the accused was a 72-year-old man caught with 161.4kg of uncustomed tobacco products in his vehicle. His fine, in this case, would have been between $852,192 and $1,136,256. In lieu of this fine, he was sentenced to 24 months imprisonment.

On appeal, the Honourable Chief Justice Sudaresh Menon reduced the sentence to 15 months imprisonment. In doing so, he stated that the key parameter in informing the benchmark sentence will generally be the quantity of tobacco products. This is as the greater the amount of tobacco smuggled, the greater the injury to the public policy of restricting such goods and the greater the loss to the revenue.

In Yap Ah Lai, the accused was eventually let off for a lesser sentence. However, the Honourable CJ limited this sentencing benchmark to instances where the accused pled guilty, was a first-time offender and whose role was merely in the importation of the goods. This means that in other situations where the accused claimed trial and was found guilty, had a criminal record or was involved in other aspects of smuggling (such as playing an important role in a smuggling syndicate), the accused will be charged with a higher sentence.

Such aggravating factors are also provided for in the Customs Act itself (i.e. Sections 128L(3), 128L(5) and 128L(5A)). For example, if the person had been previously convicted of an offence involving tobacco products, then he would be liable for twice the normal sentence: i.e. a fine of not less than 30 times but not more than 40 times the amount of the customs or excise duty which would have otherwise been evaded, with a minimum of $2,000, or imprisonment not exceeding 6 years.

Further, it should be noted that in such cases, as in all other criminal cases, financial hardship is not a consideration. Many who find themselves charged with smuggling would often plead that they were driven to do so by various financial difficulties. Time and again though the Courts have consistently stated that such difficulties are not mitigating factors when deciding sentence.

Thus, for those charged under section 128F, the scope for leniency may seem limited. This does not mean that there is no room for leniency. In Yap Ah Lai, the age of the accused was taken into account when sentencing. While there is no general principle that age alone would serve as a moderation to the punishment meted out, the accused’s advanced age was a consideration in this case. This is as taking into consideration the accused’s age, a long sentence would have effectively been a life sentence. The underlying principle here is that the Courts may consider mediating the sentence when the sanction may have an undue or disproportionate effect.

Thus, while the scope for leniency in such cases may be limited, such cases are not hopeless where no arguments can be made. In such cases, a knowledgeable advocate with the right set of arguments can put forth a powerful case in mitigation.

At I.R.B Law LLP, we have competent legal professionals with an in-depth knowledge of the law and the criminal justice system. They will be able to assist you with your queries and help put forward a sound defence for your case.

Please do not hesitate to contact us at [email protected] or call us at 6589 8913 so that we can advise you on your matter.