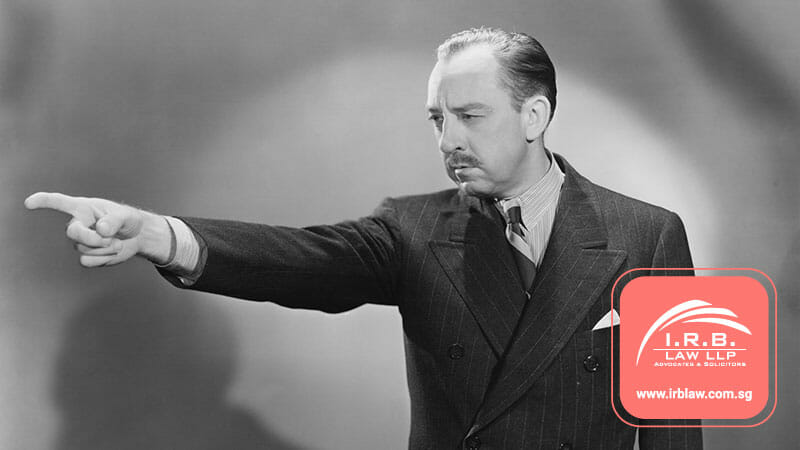 In light of the ambiguity surrounding the practice of stern warnings in Singapore, a media release early this year in February 2017 reported that the Singapore Police Force (SPF) issued stern warnings under the administration of the Attorney-General Chambers to four people for cooling-off day breaches during the May 2016 Bukit Batok by-election. The police said the warnings were issued in lieu of prosecution to Mr Jason Chua Chin Seng who founded the “Fabrications About The PAP” Facebook page, and The Independent Singapore’s Mr Masilamani Pillai Kumaran, Mr Ravi Chandran Philemon and lawyer Alfred Dodwell. All had published online articles in breach of the prohibition of election advertising on Cooling-Off Day and Polling Day under the Parliamentary Elections Act.

The SPF stated further that the stern warning administered can be taken into consideration in the decision to prosecute, should any of the parties commit similar offences in subsequent elections. Primarily, the practice of stern warnings stems from the need to achieve a balance between the recognition that not all crimes must be prosecuted and that an unprosecuted suspect does not simply walk away after an investigation thinking that no crime was committed and he got away scot-free.

However, the practice of issuing stern warnings in Singapore is presently not governed by any statutory provision. There is also no published public literature by the authorities on this area. If a stern warning is issued for alleged maid abuse, would this information be shared with the Manpower Ministry and would it affect one’s ability to employ another maid? Would a record of such warnings be considered when someone applies for employment in the public sector?

These were some questions raised by lawyer Tan Hee Joek, writing in the latest issue of the Law Gazette published by the Law Society, pointing out that the uncertain effects of stern warnings are mainly due to lack of published literature on how they are administered.

“In rare cases of public interest, the authorities may briefly cite their reasons why they have deemed it fit to issue stern warnings rather than prosecute and these may help to amplify the factors that are considered by the authorities. However, such instances are rare. A stern warning is often described by the local press as a “slap on the wrist” but there does not appear to be proper public awareness of the precise effects of stern warnings. The negative result is that the public and even lawyers may have varying levels of understanding of the issuance of stern warnings in our criminal justice system and may, at worst, wholly misunderstand their effects.”

Conditional Stern Warnings carry a stronger deterrent effect. This is because the suspect is specifically deterred from committing any fresh offence for a certain period of time as he could potentially face prosecution for the original, and the fresh offence. In contrast, the lesser deterrent of Unconditional Stern Warnings is that the authorities are less likely to take a lenient stance against the suspect for a fresh offence, particularly if it is similar.

When are Stern Warnings Issued?

Like other jurisdictions, stern warnings are generally reserved for low level, first-time offences. Generally, it is unlikely that stern warnings will be issued for more serious offences, especially where aggravating factors exist. For example, a single offence of shoplifting may generally be regarded as less serious but if it involves high valued items or a syndicate, it would generally be regarded as more serious.

It is also presently unclear if the views of the crime victim are taken into account by the authorities before a decision on stern warning is made. As the views of the crime victims are taken into account before offences are compounded in lieu of prosecution, it is submitted that it would be appropriate to do the same for a decision on stern warning.

How are Stern Warnings Issued?

They can be issued orally or in written form. However, it is unclear how the police decide on which format to rely on each individual case.

The immediate effect of a stern warning is that no further prosecution will be taken by the authorities against the suspect in respect of the offence for which the stern warning was issued. In the case of a Conditional Stern Warning, this is subject to the suspect’s compliance with the condition tied to the stern warning.

Technically, it is possible for the authorities to revoke a stern warning and reignite criminal proceedings but such cases are extremely rare. An interesting related issue is whether the issuance of a stern warning bars a subsequent private prosecution.

This issue was considered by the House of Lords in Jones v Whalley 1 AC 63. In that case, the House of Lords barred the private prosecution on the narrow basis that prosecuting a person who had been led to believe that accepting a stern warning would remove the possibility of criminal prosecution amounted to an abuse of process. It remains to be seen if our Courts would adopt a similar approach. It is submitted that there is even room to adopt a wider approach to bar private prosecutions after stern warnings are given because not doing so would allow an individual to displace the authorities’ determination that there is no public interest for criminal prosecution to be instituted.

As such, it is this author’s view that having a system of issuing a stern warning only after a suspect has admitted to the crime or accepted the stern warning would remove this uncertainty.

The above cases mark a recent trend whereby the criminal Courts do consider stern warnings and in some cases, even to the extent of treating them as criminal antecedents, not unlike a criminal conviction.

Other Effects Of Stern Warnings

In the absence of any published literature by the authorities on stern warnings, it is not known how records of stern warning are shared in Singapore among Government departments or even private bodies to the detriment of the warned individual.11 Consider the unclear effect of a stern warning in the following scenarios:

If negative effects do apply in the above scenarios, it is only fair that they are spelt out to the suspect to consider whether to accept the stern warning or if his acceptance is not required, to challenge it by appropriate means.

The mission of I.R.B. Law LLP is to offer everyone affordable means to legally settle their claims. As lawyers, we don’t want to see our clients struggling for a fair chance to prove or reclaim justice. Our oath is to direct them to the best means of achieving the best results for financial, mental, and emotional wellness.

We firmly believe that you need a lawyer who represents you and your interests well. Our experienced lawyers are not only well-versed in negotiation and the law but also well versed at establishing long-term relationships and trust with our clients. We will advise you on how you ought to settle your matters fairly so that you come out feeling content. We aim to resolve your matter expeditiously while keeping your costs low, we believe access to justice should not be hindered by high legal fees and jarring bill shocks.