Theft in Singapore under Penal Code 1871 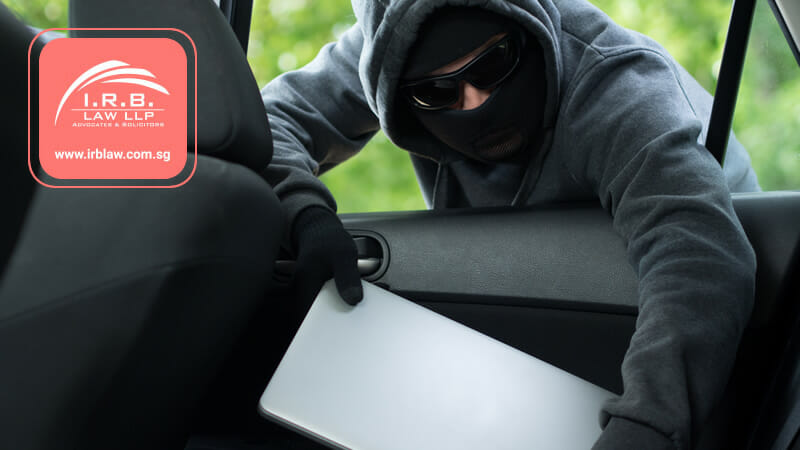 Explanation of Theft under the Penal Code

Section 378 of the Penal Code 1871 provides for the offense of theft. It states that any person, who dishonestly intends to take any moveable property and moves such property to take it out of the possession of any person, without the consent of the owner of that property, is said to have committed the offense of theft. Thus, this definition of theft provided in the Penal Code and explained above consists of some key elements that are required for an offense to be categorized as theft. These key elements are described below.

The intention of the person who is moving such property out of the possession of its owner must be dishonest. It means that before taking the property, he already planned on moving it out of the owner’s possession and that it was not an accident or an opportunity that came up. He already intended to gain a property to which he was not legally entitled or he intended to cause loss to the victim by removing the property out of his possession to which the victim was legally entitled.

Out of Possession of Any Person

The property removed from the possession of the owner must be without his consent. This consent may be implied or expressed consent. Even for temporary removal of the property, later returned to the owner, consent is necessary, otherwise, such action would be a theft.

Moving the Property to Take

When does Theft Become Robbery?

An offense of theft may become an offense of robbery if the following actions are caused or attempted to cause by the offender to any person while committing or attempting to commit the theft.

However, if the force or threat of force was involved but not for carrying out the theft, then the offender may not be found guilty of robbery but of theft.

Section 379 of the Penal Code 1871 provides for the punishment for committing the offense of theft in Singapore. It states that the offender may be punished with imprisonment which extends to a period of up to 3 years, or with a fine, or both.

Punishment for Committing Theft of Vehicles

Section 379A provides for punishment for committing the offense of theft of motor vehicles. The theft can be of an entire vehicle or any part of it thereof like a tire. The offender may be punished with imprisonment for a period of up to 7 years and will be liable to pay a fine. The offender may also be disqualified from holding or obtaining a driver’s license.

Punishment for Theft in Dwelling House

Section 380 provides for punishment for committing the offense of theft in dwelling houses. A dwelling house is defined as a building, vessel, or tent that is used for the custody of property or human dwelling like a shop. The punishment for such is imprisonment for a period of up to 7 years and the offender will also be liable to pay a fine.

Clerk or Servant can also be someone who is employed in the capacity of a clerk or a servant. If such a person commits theft of such property that is owned by his master or employer, then the offense committed would be theft by a clerk or servant of property in possession of the master. The offender may be imprisoned for a period of up to 7 years and will also be liable to pay a fine.

Punishment for Theft after Preparing to Cause Death or Hurt

If the offender, prior to committing the theft, has made preparation to either cause:

For the purpose of either:

Such offenders will be punished according to section 382 of the Penal Code. The offender may be imprisoned for a period of up to 10 years and also shall be liable to caning with at least 3 strokes.

The punishment for youth offenders of theft can be either one of the followings:

1) Probation: A probation officer will be in charge of supervision of the youth offender for 6 months to 3 years, while the youth offender can continue with his daily activities subject to conditions given by the probation officer.
2) Reformative Training: For 18 months, the youth offender will be detained in a structured environment where they will be required to attend counseling concerning their behavior and other required programs.
3) Theft Intervention Programme: Adolescents who have repeatedly committed the offense of theft will be required to attend a 4-month specialized treatment group program.

Factors Considered by the Court

Some factors that the courts take into consideration while deciding the punishment for theft are:

1) Value of the Property: The severity of the case is determined by the value of the property. It may be a high-value property or a low-value property and the ultimate sentence will depend on such value.
2) Mental State: The mental condition of the offender may also be taken into consideration like if the offender is suffering from kleptomania. A thorough assessment by a qualified psychiatrist is required.
3) Voluntary Restitution: Another factor the court considers is if the offender has compensated the victim for monetary damage caused due to the theft.

Difference between Criminal Misappropriation and Theft

This was a case of theft against a foreign domestic worker, who was alleged to have committed the offense of theft and was convicted of four charges. The Indonesian national had worked as a domestic worker for 9 years in a household consisting of five members. Due to overwork in violation of her contract, she was unhappy and refused to do some extra work that was given to her. Her employment was terminated by the employer when he found out that she was stealing from various members of the family. The trial judge sentenced her to a total of 26 months imprisonment. The decision of the judge was appealed against and the High Court acquitted her of all four charges and overturned the decision of the trial judge. The High Court found that the prosecution failed to prove beyond a reasonable doubt concerning all four charges brought against her. The court also found that the family members had improper motives to frame her.

The main focus of this appeal was the fundamental principle of sentencing which is proportionality. It states that an offender should receive a punishment that is proportional to the offense that has been committed by him. The background of this case involved the theft of wallets from female victims. The undisputed fact about this case was that the motivation of the offender for stealing these wallets stemmed from his fetishistic disorder that involved smelting the wallets of women to get a sense of euphoria and to feel sexually aroused. The High Court concluded that the district judge had balanced the principles of proportionality appropriately in imposing the sentence of 10 months imprisonment. The appeal by the prosecutor against this decision was dismissed.

The background of this case involved a youth offender who was sentenced to 18 months probation and 150 hours of community service for multiple charges of theft and one charge of criminal trespass. While on probation, the youth offender committed further offenses and was charged with theft and other offenses under the Penal Code. The district judge sentenced the offender to 30 months split probation for the offenses committed while on probation for the first offenses. The prosecution appealed against this decision and contended that the second sentence of probation was inappropriate and that the district judge should have ordered reformative training instead. After going through the facts of the case as well as the progress made by the youth offender, the High Court substituted the order of probation given by the district judge with a sentence of reformative training.