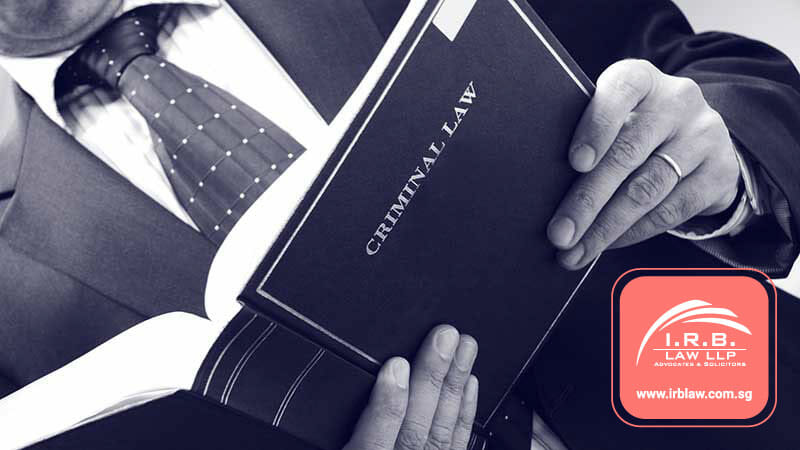 In the case of Balakrishnan S and another v Public Prosecutor (2005), Warrant Officer (WO) Balakrishnan and Captain (CPT) Pandiaraj were charged in their respective roles as course commander and supervising officer of the 80th Combat Survival Training Course. They both were charged with the death of Sgt Hu and the grievous hurt of Capt Ho. WO Balakrishnan was charged with abetment by illegal omission due to the dangerous nature of how they conducted the activities as they had caused the death and grievous hurt of Sgt Hu and Capt Ho.

Most people who heard about this case would have cried bloody murder. “I mean he caused that trainee’s death! The trainee died! Hang him!” Asking for the accused to be hung would be the typical response of most people, and they would call for the Officers to be hung as per the punishment for murder in Singapore. However, the Singapore Courts take a technical and holistic approach to establish guilt.

In Singapore to be found guilty of a crime certain elements must be present in the act that you had committed to establish your guilt. The two elements that are required to be present are Actus Reus and the Mens Reus. For the purpose of this article, we are just going to explain the concept of Actus Reus.

Actus Reus in the broadest sense refers to a particular guilty act – the physical element of a crime. This element can take many forms from something as simple as throwing a cigarette butt onto the floor (littering) till using a knife and stabbing someone (murder).

It is important to note that Actus Reus consists of two variations, namely, voluntary acts and illegal omission. What this simply means is that you had done or failed to do something, thus fulfilling the Actus Reus element to be found guilty of a particular act.

For an action to be deemed as a voluntary act that had been committed by the accused as the guilty act of a crime, the Singapore Courts would need to consider if the act was done was voluntary. This means that the accused must have willed the act, with the accused knowing what he is doing.

On the other hand, if the act is involuntary, or in the case of automatism, where the defendant has no control over his/her actions, then the act would not be deemed as an Actus Reus of a crime. An example of this would be if a person were driving a car and was suddenly attacked by a swarm of bees. If the individual had collided with a pedestrian during the attack, it could not be said that the person had voluntarily knocked the pedestrian.

The general rule is that omissions will not make you criminally liable. In a hypothetical situation of a drowning child in a lake, the general rule is that passers-by do not have the legal obligation to save the child. However, some acts of omission may constitute a criminal liability. In such cases, there would then be exceptions to the general rule.  Like what if the passer-by was related to the child, such as a parent? These exceptions lead to the second topic of discussion: When does an act of omission become deemed as illegal?

There are three scenarios when omissions are expressly deemed to be illegal.

The first is when an omission is expressly an offence in the Penal Code. Under Section 121D of the Penal Code, it states that whoever knowing or having reason to believe that any offence punishable under section 121, 121A, 121B or 121C (offences against the State) has been committed intentionally omits to give any information respecting that offence which he is legally bound to give, shall be punished with imprisonment for a term which may extend to 10 years, or with fine, or with both. This example shows that the law in Singapore has made certain omissions expressly illegal.

The second is that people are bound by certain legal obligations and duties, and if they fail to perform those duties or obligations, then there would be a criminal liability.

For example, Section 61(2) of Singapore’s Women’s Charter has made it the duty of a parent to maintain or contribute to the maintenance of his or the children, a parent who has failed to do so will be liable for the illegal omission.

In the case mentioned earlier WO Balakrishnan, he had the legal obligation of interfering when he saw the activity taking place and stopping the continuation of the activity. However, he did not, and the only reasonable reason as stated by the judge was that he wanted the activity to carry on. Hence, he was charged with abetment by illegal omission. This shows us an example of what is deemed to be an illegal omission by the Singapore Courts.

All in all, Actus Reus is not plainly and simply the act committed by the accused. It is the physical element of the crime committed, and it requires one to examine the physical element in a holistic fashion. Only then would it fairly assist the Singapore Courts in coming to a justified conclusion.

At I.R.B Law LLP we have experienced Criminal Litigation Lawyers who are passionate about justice and fairness. Our lawyers will be able to guide you through Singapore’s Criminal Justice System and each and every stage of the proceedings.

We firmly believe that everyone should be entitled to a second chance and be allowed the opportunity to turn over a new leaf and live life anew. Should you be in a position where you may need our assistance, please do not hesitate and contact us at [email protected] or call us at 6298 2537 so that we can advise you on your matter.