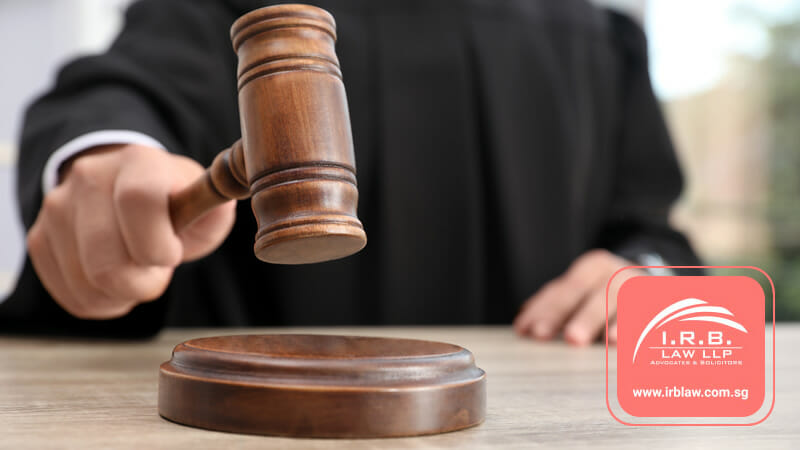 The parties married in January 2015 and have a 6-year-old son. The wife is a 36-year-old dentist. The husband is 37-year-old acting CEO and managing director of a publicly listed company.

The wife and child moved out of the family home (which is jointly owned by the husband, his mother, and brother) in September 2017. The wife filed for divorce in July 2018.

In terms of orders made during the divorce proceedings, the husband must transfer S$1,128,957.62 to the wife in two instalments. He must pay S$3,000 per month in child maintenance. He also had to pay the costs of the ancillary matters.

The court found the matrimonial assets to be worth S$5,082,822.19. The court included the husband’s 1/3 share in the house, dividends the husband received, an amount that the husband transferred to his father, cash withdrawn from the husband’s bank account, and an amount the husband spent on wine from November 2017 to June 2018. The husband disputed that these items should be included in the value of his assets.

The court ordered that the pool of matrimonial assets must be divided 73:27 and the husband must pay S$3,000 per month towards child maintenance.

The applicant husband is now applying for a stay of execution of the orders made in divorce proceedings pending the appeal.

The husband submits that he does not have enough money to pay the wife the full sum ordered by the court. He further argues that the court erred in the valuation of his assets. He disputes the inclusion of some assets and says he will have to sell some of his assets to pay the wife. As such, he will suffer grave prejudice and losses, which costs could not compensate.

Amongst other things, he will have to surrender some policies, sell his Maserati and Club Membership. He argued the only way he could pay the amount was to sell his share in the property that he owns with his mother and brother. He argues that should he succeed on appeal; the prejudice cannot be reversed.

He further submitted that he could not pay the child maintenance since he was about to lose his monthly income due to a restructuring proposal at the company.

The Principles Concerning a Stay of Execution Pending Appeal

Stay of execution is provided for in Rule 700 of the Family Justice Rules 2014. The court dealt with the principles concerning a stay of execution as set out in Strandore Invest A/S and others v Soh Kim Wat [2010] SGHC 174.

As a general position, the court does not deprive a successful litigant of the fruits of his litigation pending appeal. It doesn’t matter whether the judgement appealed against was made as a summary judgment or after a full trial.

When a party exercises their right to appeal, the court must see that the appeal, if successful, will not be futile. If an affidavit shows that, if damages and costs are paid, there is no reasonable probability of getting it back if the appeal succeeds, the court should grant the stay.

So, to succeed, the husband must show special circumstances that any money paid over by him would be irrecoverable if he succeeds on appeal.

Firstly, there was no evidence suggesting that the wife would not be able to refund any money paid over to her.

The husband’s argument that he doesn’t have the money to pay and that the judge erred when including certain assets in the value of his assets goes to the merits of the appeal. It’s relevant to the validity and correctness of the previous court’s judgment. It is not a special circumstance affecting the enforcement of the judgment. Thus, it does not justify granting a stay of execution.

This court cannot take over the function of the Appeal Court.

The court also discussed the situation as if the court accepts the husband’s position that he doesn’t have enough money.

The court held that nothing in the order compels the husband to sell any of his assets. He could take a loan and use his assets as collateral. He will not suffer grave prejudice or losses that cannot be compensated by costs, thus rendering the appeal futile.

The court accepted that the husband would suffer grave prejudice that cannot be compensated if he had to sell his 1/3 share in the family home. It would be difficult for him and his family to find a similar home to live in if he succeeds on appeal. Selling it now would render his appeal futile. However, the court never ordered the husband to sell the house, and he doesn’t need to sell the house. The previous court found he had sufficient assets to pay the wife.

The husband’s claim that he will soon have no monthly salary is purely speculative. The restructuring proposal has not been accepted yet. Even if it happens, he is young enough to find other employment, and he earns a monthly salary of USD 1,300 from another company.

The court rejected the husband’s argument that non-payment would not impact the child’s welfare as the wife can afford the child’s expenses. He will continue to contribute to the child’s other expenses. Such an approach would contradict the previous court’s findings that the wife requires S$3,000 per month maintenance for the child. Again, it goes to the validity or correctness of the judgment and not its enforcement.

The court found the fact that the wife also filed an appeal does not amount to special circumstances justifying a stay. The court rejected the argument that her appeal means that she is not deprived of the fruits of litigation. Besides, the wife is appealing because she wants a larger share of the matrimonial assets. She should not be deprived of receiving what was already awarded to her.

Having considered all the arguments against the principles set out in Strandore, the court refused to grant an order for a stay of execution pending appeal.

The court’s application of the principles set out in Strandore provides good guidance for future stay of execution pending appeal applications. It emphasised that the court will not take over the role of the Appeal Court.

The court will, however, consider that the appeal must not be futile. A stay will be granted if there is no reasonable probability of getting damages and costs already paid back if the appeal succeeds.