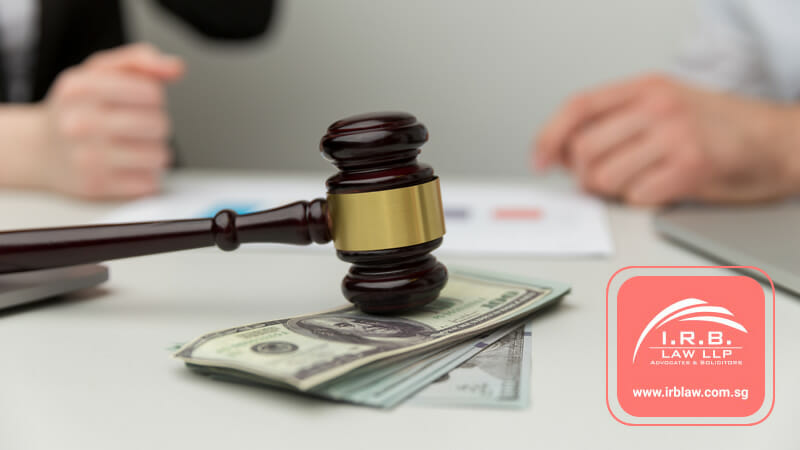 In VPU v VPT [2021] SGHCF 11, the Family Division of the Singapore High Court said a wife cannot expect to have the exact same standard of living after the divorce as she did when the parties were married. “The reality of divorce is that both parties will have less money than they had during the marriage.”

The appellant husband appealed a decision by the District Court, who ordered him to pay $400 monthly spousal maintenance. The High Court allowed the appeal and ordered that there shall be no maintenance for the wife.

The couple got married in March 2015. They have a son born in 2016. The couple lived separately in their parent’s homes until December 2017, when they moved into a five-room HDB flat. The wife resigned in August 2015 due to complications with her pregnancy. She stayed at home to look after the child till July 2017. She resumed work in July 2017. In May 2019, the wife left the marital home with the child. The husband remained in the house.

By consent, the court ordered that the wife would have sole custody, care, and control of the child. The husband has reasonable access to the child and pays $700 for child maintenance per month. He was also ordered to pay 60% of the child’s school, enrichment, and medical fees.

They each retained their insurance and assets in their sole names. The wife was ordered to transfer her rights and interest in the marital home to the husband. In return, the husband had to pay 42.55% of the home’s value (minus the outstanding mortgage loan) to the wife. The husband must pay the outstanding mortgage loan and transfer costs. The wife must refund her own CPF money.

The respondent-wife currently has a monthly income of $3,000, and the husband earns $4,302. She is a traditional Chinese medicine physician, and he is a senior engineer.

The wife’s counsel left the amount of the spousal maintenance to be determined by the District Court. The DJ assessed her monthly expenses to be $789.24 (although she claimed it was $2,336.07). She ordered the husband to pay $400 per month.

This is the appeal against that order.

Should the wife get monthly maintenance?

The DJ considered the status of the marriage and found that it was tumultuous. There was, however, a son born for whom the mother was the primary caregiver from birth. The DJ held that although the wife has regained employment, the court should not take that factor to her disadvantage. The husband should not be allowed to negate his obligations to her post-marriage. The husband was now staying rent-free in the marital home, whilst the wife and child remained with her family. These were the reasons why the DJ ordered the husband to pay monthly maintenance.

On appeal, the husband’s counsel submitted that the wife should not be entitled to maintenance. Counsel argued that the DJ erred in finding that there was financial inequality between the husband and wife during the marriage. There was further no evidence that the wife’s earning capacity was adversely affected during the marriage. She now makes a comparable salary to the husband and can support herself. She is also entitled to receive 42.55% of the value of the home. Counsel submitted that the wife does not need an additional $400 per month.

Counsel further argued that the husband could not afford to pay maintenance due to his other expenses and child maintenance.

Counsel for the wife argued that there are still financial inequalities between the parties even after the division of the marital assets. The husband now owns a five-room HDB flat, whereas the wife will only have about $106,919 in liquid assets after the husband pays her the share of the home. This amount plus her monthly income is insufficient to buy a decent home for her and the child.

The court considered the income and expenses of both parties. On the evidence before the court, the husband would have $171 left each month after paying his personal expenses, $886 monthly maintenance for the child, and $300 for his father’s expenses which he also pays. If he receives bonuses like in previous years, he will have $2,338.75 per month. The wife would have $1,829.76 left per month.

In this appeal, the wife’s counsel argued that her actual expenses were higher than the DJ assessed, but the High Court held that the DJ’s assessment was not against the weight of the evidence. On appeal, the court was satisfied that the parties have about the same income (although the husband might earn more if he received bonuses). The court also found that they have similar earning capacities. They can both work to provide for themselves. Although the wife has a business that is exposed to the ups and downs of the economy, and the husband has a salaried income, it does not necessarily mean it is to the wife’s detriment. Her business can become twice as successful. There was no evidence either way.

Although final evaluations of the marital home still needed to be made, the court estimated that the wife would have at least $106,919. She could use that money as a down payment on a new HDB flat. It might be smaller than before, but it would still be decent. She cannot expect the exact same standard of living as when they were married.

The court did not accept the wife’s counsel’s argument that her expenses will skyrocket if she buys a home for herself and the child. The court held that it is up to her to ensure that she finds a home within her means.

In the District Court, the wife argued that she should receive a lump sum payment to assist her with discharging the mortgage. Since the husband was ordered to pay for the outstanding mortgage loan and pay the wife 42.55% of the value of the marital home, it was not justified to order a lump sum payment.

This decision by the High Court clarifies that a party does not have to be in the exact same financial position after divorce. The court has the discretion whether to order maintenance or not.

The DJ stated that the fundamental principle when considering spousal maintenance is financial preservation. Financial preservation generally requires the wife to be maintained at a standard that is, to a reasonable extent, similar to the standard of living she enjoyed during the marriage.

Section 114 of the Women’s Charter sets out all the factors the court should consider when determining the amount of maintenance, if any, a man should pay to his former wife.

The DJ expressly referred to section 114(2) that states that parties should be, as far as is practicable and just, put in the financial position they would have been in had the marriage not broken down and where each party properly discharged their financial responsibilities to the other.