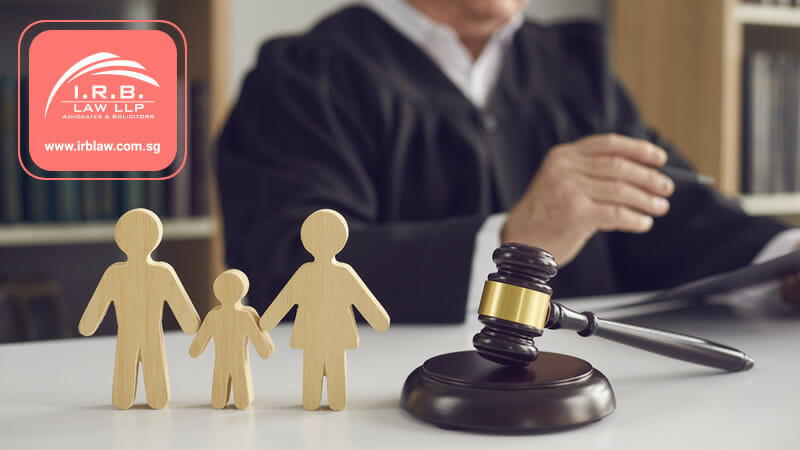 The Singapore High Court (Family Division) recently upheld a decision by a District Judge who held that the calculation of S$17,390.50 for monthly child maintenance of a 14-year-old child is unreasonable and excessive. The District Judge (DJ) ordered the father to pay S$2,500.00 per month to maintain the child.

In VPX v VPY [2021] SGHCF 13, the mother (the appellant) of the 14-year-old boy wanted the father to pay S$14,000.00 monthly maintenance for the child. The father (the respondent), who lives in the US, was absent at the hearing. The High Court agreed with the DJ that S$5,000.00 was reasonable to cover the child’s monthly essential expenses and upheld the order that the father must contribute 50% towards the child’s monthly maintenance. The court refused to backdate the order.

Both parties are citizens of the United States. They married in Nevada in 2007, and their son was born four months later. Sixteen months after the marriage, the marriage was annulled. The father filed for guardianship in Texas (where the mother and child lived at that stage). The Texas District Court made interim orders, including that the husband must pay USD 700 for the child’s monthly maintenance. The husband’s application was, however, dismissed “for want of prosecution”. According to the mother, the husband failed to show up in court. In 2016, the mother brought the child to Singapore. The father paid USD 634 per month for the child’s maintenance since 2009.

In 2020, the mother filed an originating summons under the Guardianship of Infants Act. She requested orders for the parties to have joint custody of the child, for her to have sole care and control, and for the father to have reasonable access. She further asked for monthly maintenance of S$14,000.00, and the monthly maintenance be backdated from May 2017.

The appellant was granted leave to effect service of legal process on the father in the US. He received the papers but did not file any affidavits or attend the hearing before the District Judge in Singapore.

The High Court had to deal with several issues on appeal.

A Few Troubling Issues in the Case

Before the court considered the merits of the application, it mentioned a few unresolved issues in this case.

The High Court had to decide the matter without any evidence on any of the above issues.

The DJ held that the mother’s calculation of essential expenses like school fees, accommodation, transport, and food, was subjective and over-estimated. She claimed it was S$ 6,882.00 per month.

In this regard, the High Court referred to VNW v VNX [2021] SGHCF 1 and UJP v UJQ [2018] SGHCF 9. In these cases, the court accepted that a party may include the child’s share of monthly rental expenses in the child maintenance.

However, the court noted that those cases considered that the party could have paid less rental if it wasn’t for the child. They could have rented a smaller, cheaper place. Therefore, the party could be assisted in paying a portion of the rental. In the current case, the mother claimed 1/3 of the rental for the child. The court held that it is not appropriate in this case. The mother and her partner would have rented the same accommodation even if the child was not living with them.

The court was of the opinion that the DJ did not err in assessing the child’s expenses when the DJ “reduced” it to S$5,000.00, but rather that the DJ took into account that there was an element of subjectivity in the mother’s assessment of what portion of the rent should be attributed to the child.

Proof of the Father’s Income

The court referred to UZN v UZM [2021] 1 SLR 426 that stated an adverse inference may be drawn where there is “a substratum of evidence that establishes a prima facie case against the person against whom the inference is to be drawn” and “that person must have had some particular access to the information he is said to be hiding.” In this case, there is no evidence to establish a prima facie case against the father. There is no evidence of his income.

Even if the DJ erred in finding that the father earned the same as the mother, the High Court was not prepared to overturn the decision. A decision that says each parent must pay half of the monthly maintenance is fair. It is reasonable that both parents bear equal responsibility.

Should the Order be Backdated?

Although the court held that the monthly amount the father paid since 2009 was now inadequate, the mother could provide for the child up to now. The court didn’t think it was necessary to backdate the order.

The Court’s Decision in this Case

The High Court found no reason to interfere or overturn the District Court’s decision.

When determining child maintenance, the court will consider the factors set out in section 69(4) of the Women’s Charter.

The factors include the income and earning capacity of the mother and the father, and essential monthly expenses for the child. When considering essential expenses, the court will consider costs like school fees, medical expenses, groceries, utilities, rental, etc. It will take into account the duration of the marriage, and the child’s standard of living.

Any party wanting to approach the court for child maintenance orders should note that the list of expenses must be reasonable, objective, and not excessive for the child’s age. The applicant should also attempt to provide evidence of the other parent’s income or earning capacity, especially if the party wants to ask for a more than a 50% contribution to the child’s monthly expenses. In any claim for maintenance, it is crucial to be well prepared and present sufficient, objective evidence to the court.

Given all the unresolved issues, in this case, it is no surprise that the High Court would not interfere with the District Court’s decision.