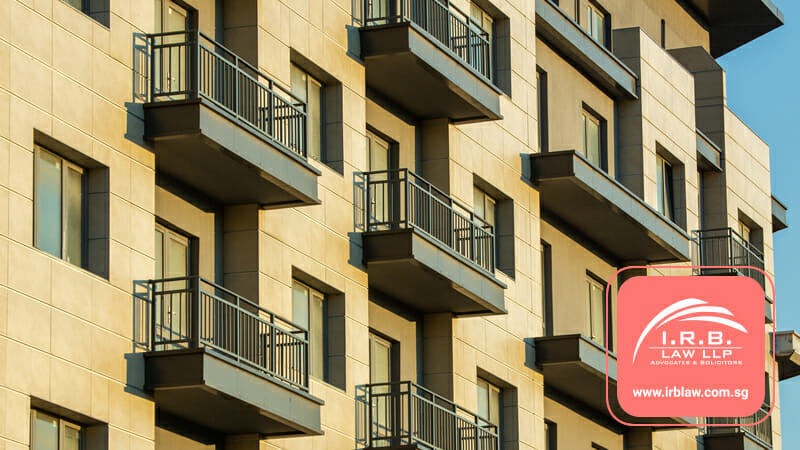 The managing body of a strata-titled property, such as a condominium, is known as the Management Corporation Strata Title (MCST). The major duty of this managing organization, often known as the Management Corporation (MC), is to regulate and administer the condo’s common property. The MC is constituted automatically when the strata title application is filed, and it consists of all of the condo’s Subsidiary Proprietors (SP).

MCST has the following critical responsibilities:

1) First, SPs have a responsibility to pay contributions to assist in maintaining the development’s common property.
2) Second, SPs are responsible for maintaining the outside components of their units, ensuring that they are properly attached to the structure and do not collapse.
3) Third, SPs must abide by notices from public authorities requiring them to do maintenance on their unit.
4) SPs must not do anything with their unit that interferes with other units in the development’s support, shelter, water, sewage, or utility supply;
5) Other unit occupants are not to be harassed or endangered;
6) Not to obstruct other unit owners or occupiers from enjoying their unit or common property unreasonably; and
7) Unless proven differently, inter-floor leaks are assumed to come from the upper floor unit. The leak would then have to be repaired by the owner of the upper floor unit.

If you’re unfamiliar with condo by-laws, they’re essentially rules that all condo residents must follow. These are used in condos and developments for “controlling and managing the use or enjoyment of the common property and the lot.” The Building Maintenance and Strata Management Act (BMSMA) regulates condominium management in Singapore. There are two sets of by-laws under the BMSMA, one set detailed in the Second Schedule of the Building Maintenance (Strata Management) Regulations, and another set that each condo’s management organization can establish.

All of these by-laws are in place to keep SPs, occupants, and their visitors in line. Other SPs may benefit from the shared amenities while also enjoying the safety, privacy, and serenity of their own house. If a condo resident violates a by-law, the condo’s MC or other residents can file a petition for an injunction prohibiting the person from violating the by-law. They may be able to claim damages as a result of this.

According to the BMSMA, a condominium’s MC has the authority to enact additional by-laws in the following categories:

Difference between Compulsory and Additional By-Laws

Violation of the By-Laws

When a by-law is violated, the MC or an SP of a unit may file for an order of relief in the court against the unit owner who breached the regulation. The court may award the following:

If the parties are unable to reach an agreement, mediation may be sought. Mediation would involve independent and neutral third parties as mediators.

SPs should cooperate with the MC to find a solution. This is the most cost-effective alternative because no third parties or specialists are needed and the procedure is fairly informal.

3) Application to the Strata Titles Board (STB)

Not all conflicts can be brought before the STB. The STB has the authority to rule on the following major disputes:

• Dispute over expenditures or repairs, or correction of a complaint about a fault in the lot, a partitioned structure, or common property.
• Convening a general meeting in the unavailability of the MC.
• Invalidating a supposedly made by-law that the MC has no authority to make.
• Changing the rate of interest set by the MC for late contribution payment.
• Changing the amount of the contribution or the method of payment.
• Permitting owners to alter the common property.
• Selecting a managing agent.

Additionally, for issues outside the STB’s decision-making authority, parties may resort to litigation. Litigation is the practice of suing another party in the courts of Singapore.

The vast majority of by-laws necessitate the adoption of a Special Resolution. This implies that a general meeting must be conducted, and condo members who vote in favor of the resolution must account for at least 75 percent of the total share value of all valid votes cast at the meeting. Keeping this in mind, if your condo tries to impose any rules or regulations that were not discussed in a general meeting, it is not a by-law. Similarly, if your condo seeks to enforce a regulation that was proposed at a general meeting but did not receive a majority vote, it would not constitute a by-law.

1) Strata Title: Strata title is a form of ownership devised for multi-level apartment blocks and horizontal subdivisions with shared areas.

2) Subsidiary Proprietors (SP): A subsidiary proprietor is a purchaser to whom the developer has transferred ownership of a unit, as shown on the strata certificate of title. Each SP is required to pay a certain amount of contribution to help maintain and manage the common property of the development.

3) Common Property: Common property is all the areas of the land and buildings not included in any lot. It is jointly owned by all owners, and the owner’s corporation is responsible for its management.

4) By-Laws: By-laws is a set of rules or law established by an organization or community to regulate itself, as allowed or provided for by some higher authority.

5) Injunction: An injunction is a legal and equitable remedy in the form of a special court order that compels a party to do or refrain from specific acts.

6) Mediation: Mediation is a structured, interactive process where an impartial third party assists disputing parties in resolving conflict through the use of specialized communication and negotiation techniques.

7) Negotiation: Negotiation is a dialogue between two or more people or parties with the intention of reaching a beneficial outcome regarding one or more issues of conflict.

8) Litigation: Litigation refers to the process of resolving disputes by filing or answering a complaint through the public court system.

This was a dispute about the installation of a fixed awning between two subsidiary proprietors and the management corporation. When it rained, the homeowner upstairs was bothered by the noise caused by the fixed awning built by her downstairs neighbor. Her neighbor contended that the fixed awning was essential to protect him from “killer” litter, which is defined as anything hurled or falling from high buildings that endanger others below. He also relied on the fact that the management corporation’s council members approved the installation of the fixed awning. The Applicant further claimed that the 1st Respondent’s awning violated URA standards and the SCDF fire code. Despite the Applicant’s reference to specific statements and circulars, the Board determined that this claim was not properly substantiated. In light of the foregoing, the Board denied the application.

The Board determined that the Respondents had failed to adequately rebut the statutory presumption under BMSMA section 101(8). The application was permitted. The Board also ordered the Respondents to pay the Applicant a sum of $20,000 for costs and disbursements.

Plaintiff and Defendant were both residents and subsidiary proprietors of the Casa Merah condominium property. Plaintiff claimed in this case that the Defendant defamed him in an email she sent to fourteen recipients, including the Plaintiff, on October 25, 2016. Members of the MC and officials of the condominium’s management agency, Melana International Pte Ltd, were among those who received the email. The Court held that the Plaintiff had failed to demonstrate that the Defendant’s email included the defamatory connotations that he claimed. He opted to interpret the email as alleging that he had created an extended mandate to himself in connection with the KF suit to deceive the receivers. Defendant’s email did not address this problem. When viewed in context, the email alluded to inconsistencies in the minutes of the MC meetings. Although the Defendant’s email contained a defamatory imputation, the claimed defences of justification and qualified privilege were successful. As a consequence, the Plaintiff’s claim was rejected and dismissed with costs.

Should You Incorporate a Company or Start a Sole Proprietorship or Partnership?

A Quick Guide to Distributorship Agreements

Key Terms You Should Look Out For Before Signing Any Contract