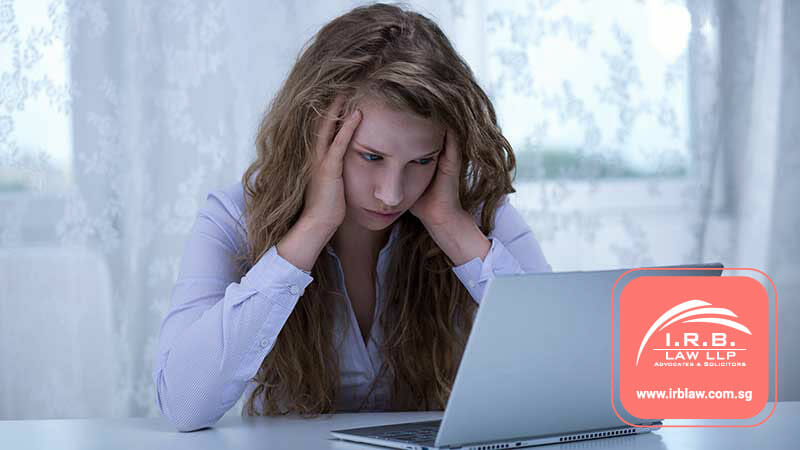 In Singapore, defamation is a criminal offence (section 499 of the Penal Code). The police can take action and arrest the offender for defamation if sufficient evidence is found. For the prosecution of a defamation offence, it is necessary to prove that the defamer has the intention, knowledge or had reason to believe his or her words would harm the victim’s reputation.

When can you commence legal action for defamation?

There are three (3) elements to determine whether a person is defamed by another.

The statement in question must be defamatory

For example, if a person posted in a social networking site accusing you of being a murderer, such a post would be defamatory as it harms your reputation.

For example, in 1998, Senior Minister Goh Chok Tong successfully sued Mr Joshua Benjamin Jeyaretnam, when the latter made an indirect defamatory statement without directly accusing the former of wrongdoing.

The statement in question must refer to the victim

Careless words or poor research by the offender is not a valid defence for defamation.

The statement in question must be published, or communicated to a third party

There are six (6) types of defamation as follows:

In a court trial for defamation, the defendant (offender) may defend himself by proving the statement he made is true in substance and in fact.

It is an expression of opinion according to true facts that are fair and relates to a matter of public interest. In order to succeed in this defence, the defendant must establish the matters below:

The defendant will not succeed in this defence if he or she was motivated by malice, or intent to injure, or intent to arouse animosity or controversy etc.

The defence of qualified privilege arises in the situation as follows:

The intermediate person did not know the publication was defamatory. This defence is normally available to intermediaries such as retail vendors, libraries and delivery agents.

The defendant proves that the statement was made innocently, he offers to make a public apology and informs recipients of publication of defamatory content. This defence allows a defendant to avoid a potential defamation action or to discontinue legal action against him (if the defamation action has begun). There are three (3) matters to be fulfilled by the defendant:

The court will grant monetary damages to the aggrieved party/plaintiff who succeed in a defamation action. Such a remedy aims to restore the plaintiff’s damaged reputation and to ease the distress suffered by the plaintiff. The court, in assessing the amount of damages, takes into account the factors as follows:

There are two (2) types of injunctions:

Should you consult a lawyer if you are a victim of defamation?

If you are a victim of defamation, it is highly advisable that you consult a lawyer. Alternatively, you can first lodge a police report and provide sufficient evidence showing that the maker of the statement, intended, knew, or had reason to believe, that the statement would harm your reputation.

You can also commence a civil action for defamation against the maker of the statement. In certain circumstances, you may resolve your defamation dispute through mediation, arbitration, or a private settlement outside of court.