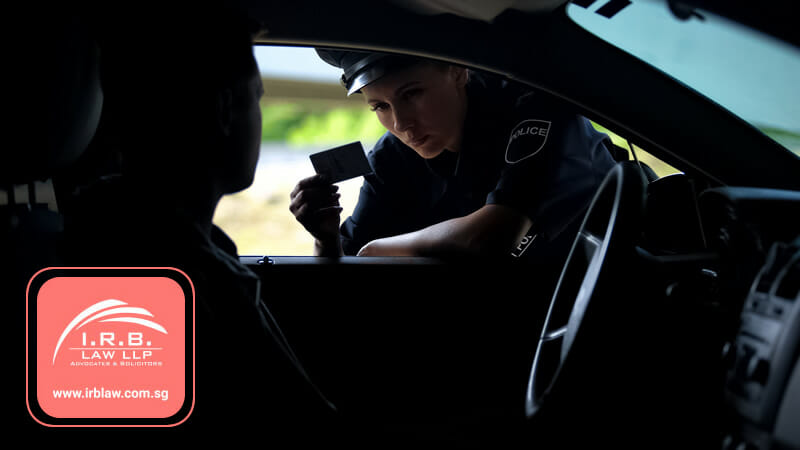 Driving Without a Proper License

This offence is mentioned under section 35 of the Road Traffic Act. This offence penalizes not only the driver of the vehicle but also someone who permits such a driver to drive the motor vehicle without a proper license.
Subsection (1) of section 35 states that a person must not drive a motor vehicle of any class or description on a public road unless he or she has a valid driver’s license that allows them to do so. Thus, the driver must be a holder of such driver’s license authorizing him or her to drive that particular motor vehicle.

The second part of this offence is mentioned under subsection (2) of section 35. It states that a person must not hire or authorize another person to drive a motor vehicle on a road unless that person has a valid driver’s license. Thus, a person must only employ or permit such drivers who hold a valid driver’s license which authorizes him or her to drive that specific kind of motor vehicle.

In respect to this offence, a person is a repeat offender if the person who is convicted or found guilty of the present offence for violating subsection (1) or (2) has been convicted or found guilty of an offence for violating the same provision on at least one prior occasion. Thus, if a person has committed an offence under subsection (1), he will be a repeat offender if he has committed the same offence under subsection (1) on at least one previous occasion. A person can also be a repeat offender if he has, whether before, on, or after 1 November 2019, been convicted or found guilty on at least one other earlier occasion of an offence as in force immediately before that date for contravening the same provision as the current offence.

Punishment for Driving Without a Proper License

Any person who violates subsections (1) or (2) is guilty of an offence and faces a fine of not more than $10,000 or a period of imprisonment of not more than three years, or both. This is mentioned under section 35(3)(a) and only applies to first-time offenders.

Forfeiture of Vehicle for Person Driving Without a Driving Licence

If the individual convicted of the offence under section 35(3) is a repeat offender and it is proved to the satisfaction of a court that a motor vehicle was used in the commission of the offence, the court may, on the application of the Public Prosecutor, make an order for the forfeiture of the motor vehicle, unless the court is satisfied that —

(i) the person convicted is not the owner of the motor vehicle, and
(ii) the driver of the motor vehicle concerning which the offence was committed had driven the motor vehicle without the consent of the owner; or if the court has other good reasons for ordering otherwise. Thus, forfeiture of the vehicle is only applicable for repeat offenders and only on the application of the Public Prosecutor. This is mentioned under section 35AA of the Road Traffic Act 1961.

Applying for or Obtaining Driver’s License When Disqualified

A court may disqualify a person from holding or obtaining a driver’s license for a specified period for committing particular offences under the Road Traffic Act. During such a disqualification period, a person must not do certain acts.

This offence is mentioned under section 43(3). The punishment for committing this offence is a fine not exceeding $5,000 and the driver’s license obtained by him or her is void.

Punishment for Driving While Disqualified

The punishment for committing the offence of driving while being disqualified is:

Surrender and Return of Driving License

Punishment for Driving When License is Suspended

Section 47E provides for the punishment for driving when one’s driving license has been suspended. On conviction of an offence under section 47(5), the offender faces a fine of not more than $5,000 or a period of imprisonment of not more than two years, or both.

The background of this case involved a person asking the accused to steal a motorcycle for her personal purpose. The accused and the other person stole a motorcycle, spray painted it to hide its original colors, and also affixed its number plates. After stealing the motorcycle, the accused and his companion decided to steal another. Prior to the commission of this offence, the accused was also disqualified from holding or obtaining a driver’s license. Along with other offences of theft, the accused committed the offence of riding while under disqualification, an offence under section 43(4) of the RTA. The accused, Ahmad bin Sazali, 37 years old, committed a total of 31 offences. He pleaded guilty to 16 charges, with the remaining 15 being taken into consideration for the purposes of sentencing. The court determined that the imposition of seven years’ CT was not overly disproportionate in light of the facts. It retroactively applied the sentence to April 11, 2019, the date of his first arrest, with the time spent in custody and on bail being factored into the sentencing calculation. For his narcotics possession offence, he received the statutory three strokes of the cane. The disqualification period imposed for his most recent conviction for driving while being disqualified was 12 years for all classes of vehicles, starting from the day of his release from prison.

The accused was originally arrested on December 19, 2019, for a variety of drug offences, including failing to report for urine testing on many occasions, the earliest of which was on August 15, 2019. On the 21st of December 2019, he was initially brought before the court for these charges, and on the 27th of December, he was freed on bail after a term of custody for investigations. The accused committed further offences while out on court bail for the first set of allegations, for which he was arrested on January 18, 2020. Following his detention, investigations revealed that the accused had seized and driven the motorbike without the owner’s permission and that the accused was disqualified at the time he was driving the motorcycle. The accused was a 27-year-old Singaporean man who pled guilty to a total of 13 offences. The accused gave his consent for extra 23 charges to be considered in the sentencing process. The court sentenced the accused to a cumulative term of 4 years and 9 weeks in jail, plus an additional 232 days in prison, and barred him from holding or getting any type of driver’s license for 96 months, beginning on the date of his release.

The Accused registered an account with BlueSG, an automobile rental business, using the complainant’s driver’s license. The Accused rented automobiles for four days, from February 7 to 10, 2020, and drove them on public highways. The Accused lacked a valid driver’s license and, as a result, lacked motor insurance coverage. On a total of twelve occasions, the Accused leased nine different automobiles. When the complainant sought to open an account with BlueSG in November 2020, the registration was denied since the complainant already had an account with BlueSG with an outstanding balance of at least S$200. The Accused’s offences were uncovered after the complainant filed a police report. The Accused was charged with twelve counts of driving without a valid license under section 35(1) Road Traffic Act and punishable under section 35(3)(a). He was also charged with a corresponding set of twelve counts of using a motor vehicle without an insurance policy in force. The Accused was further charged with one count of cheating under section 420 of the Penal Code for using the complainant’s driving license to rent a motor car from BlueSG. The Accused agreed to have the other 18 charges considered after pleading guilty to the seven proceeded charges. The court sentenced the accused to 2 weeks imprisonment and a fine of $6,300 in default of 21 days imprisonment as well as twelve months disqualification from the date of conviction. The Prosecution filed an appeal. In conclusion, the court determined that a large fine was sufficient to achieve the sentencing goals in this instance due to the modest degree of injury and minimal culpability, as well as the lack of any additional compelling aggravating circumstances balanced against the Accused’s personal mitigating factors.

On May 25, 2021, the accused, a 34-year-old Singaporean man, pled guilty to three charges: driving while disqualified by a court, driving without a valid insurance policy, and operating a car without a legal road tax in place. For the purposes of sentencing, one charge of neglecting to surrender his driver’s license to the Traffic Police was considered. The court found him guilty and sentenced him to eight weeks in jail, a fine of $1,200 in default of four days in prison, and a 12-month suspension from holding or getting any type of driver’s license for a period of 12 months from the date of conviction and 42 months from the date of release. The accused filed an appeal against this decision. The court issued a stay of execution on both the jail sentence and the disqualification order until the appeal on June 8, 2021. Meanwhile, the accused paid the whole amount of the fine.