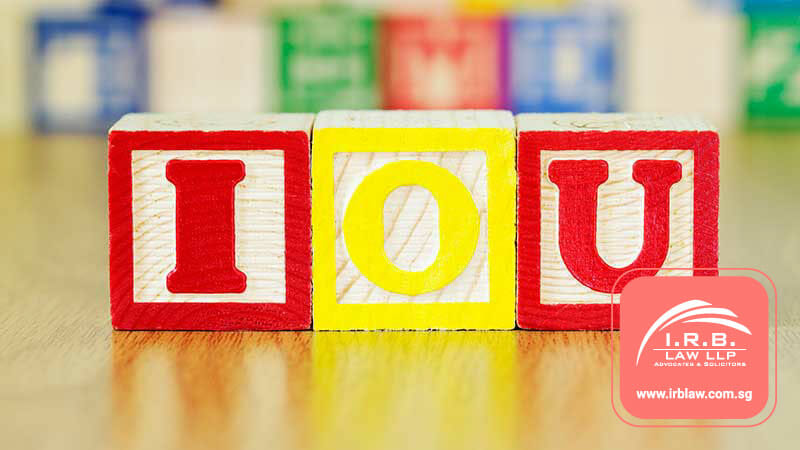 Failure to pay back debts, especially substantial ones, can be an awkward topic even among the closest of friends. To reduce any eventual difficulties in claiming back what you lent out, you should always take note of who the borrower is and know where you can take any future claim. One option to consider when lending money to friends or family members is a simple IOU loan agreement.

What is an IOU?

An IOU is an informal contract setting out the necessary details of a loan and may be used as evidence of a debt of money or other products lent.

If a large amount of money is involved, you may wish to seek security or collateral on the loan and include this explicitly in the IOU. For instance, you may wish to claim your friend’s assets as repayment should he be declared bankrupt. Please contact a lawyer if this is something you wish to set up, especially as securities can be particularly complicated.

While informal, you should still take steps to make it professional and covering all the necessary details. The following details should be written down on the document.

While it may appear that an IOU is easy to draft, it is important to note that essential details can be easily left out and this may make recovering the debt more challenging if the situation turns difficult.

How can an IOU help?

Unfortunately we have seen many cases of debt recovery where a friend has loaned money to another friend who has in turn failed to live up to the agreed terms. In these situations it would be normal to issue a letter of demand to the debtor and seek immediate action on their part to pay the debt.

A well drafted IOU agreement which clearly lays out the what was agreed, signed by both parties and witnesses acts as a perfect source for instigating a debt recovery process.

Can I Charge Interest on the Debt in Singapore?

It is possible to charge your friend interest, so long as you follow these guidelines.

You will need to prove that you do not run an unlicensed money lending business. Unlicensed money lending is prohibited under the Moneylenders Act (Cap 188), and section 3 of the Act states that “any person who lends a sum of money in consideration of a larger sum being repaid, shall be presumed, until the contrary in proven, to be a moneylender.”

As the Moneylenders Act and Moneylenders Rules 2009 only state, the maximum chargeable interest for licensed moneylenders, such restrictions would not apply to you. As such, the amount of interest will be up to you and your borrower’s discretion.

How long can I use an IOU as evidence of a debt in Singapore?

An IOU can only be used within six years of a cause of action, or a reason for you to bring your case. Essentially:

In the second case, there can be ambiguity as to what can be considered a cause of action. Do consult a lawyer to determine when the six-year time limit begins if you are in doubt.

What is a Promissory Note?

A promissory note is a more formal document that specifies the details of the loan. It takes note of the amount lent out and the debtor’s identity like an IOU would, but also goes a step further. It would typically detail:

If you believe setting these details in advance would be better, it would be advisable to consult a lawyer on what is achievable and recommended when drafting a promissory note.

Can I sue them and make them a Bankrupt?

If the person is an individual and not a company and he or she borrows S$15,000.00 or more, then you may be able to bring about a case of bankruptcy. However, this might be an extreme measure and should only be considered in extreme situations where the debtor is simply not willing to repay the debt but still has money and assets under their name.

If you would like a lawyer to draft a simple IOU agreement then please reach out to us via the form below, or give us a call on +65 6298 2537. If you are considering legal action to recovery a debt, this is also something we have significant experience in, and the initial steps for personal loans between friends or family members tend to be relatively inexpensive. 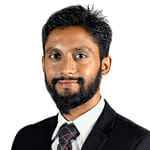 Debt collectors are harassing me, what can I do?

What are the typical steps in debt recovery?

Why use a law firm to recover debts?

Overview to Letters of Demand