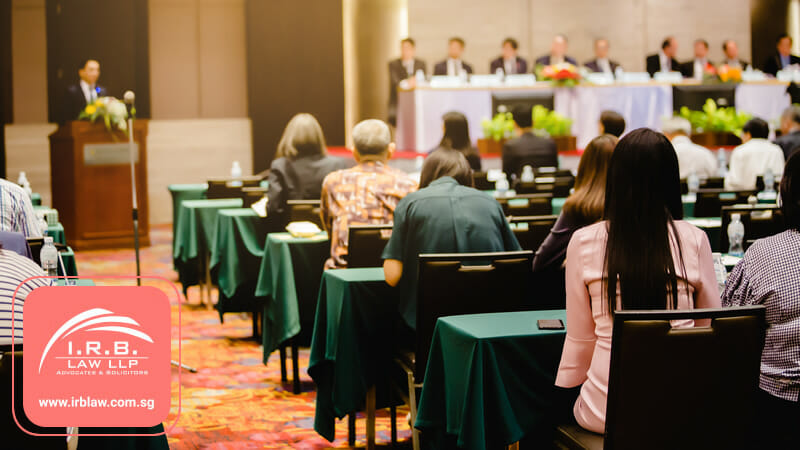 Disputes usually occur due to differences in opinions and/or intentions between two or more people. It might also occur due to actions committed by one that is not supported by others or which is in violation of an agreement between them. If such disputes are between shareholders of a company or even between the management and shareholders, then such disputes are termed as shareholder disputes. Singapore has witnessed a substantial increase in shareholder disputes with reports from SIAC showing over 650 new cases in 2020 compared to 479 in the previous year. Given that Queen Mary International Arbitration Survey ranked Singapore number 1 as a preferred seat for arbitration, the region is known as a major hub for resolving shareholder disputes.

What are Shareholder Disputes?

Disputes can arise between two rival shareholders, who no longer can work together due to differences in their opinions or actions, or can even occur between the management and the shareholders. Singapore has numerous small and medium-sized enterprises (SMEs) that make up more than 95% of all the enterprises in Singapore. In most small and medium-sized businesses, shareholders are often the directors, thus, making disputes between directors also shareholder disputes. The breakdown in the relationship between the shareholders can occur due to various reasons including political, commercial, or even personal reasons.

Explanation of Some Disputes

This kind of dispute occurs when one or more than one shareholder wants to alter or expand the direction in which the business wants to see itself in the future. For example, if a company that specializes in shipping wants to change its business direction by expanding into the electric vehicle industry, all the majority shareholders of the business have to agree to this new model of business direction in a general meeting. Disputes may occur when the shareholders do not agree with this new business direction and the ones who proposed such intends to remove such dissenting shareholders/directors. For such a resolution to remove dissenting shareholders, a resolution needs to be passed and most companies’ constitution requires at least 2 shareholders to pass such a resolution. In such a scenario, there can be a deadlock in the management of the company. To prevent such deadlocks from happening businesses should include deadlock clauses in their constitution or shareholder’s agreements defining what a deadlock consists of, and how and when such deadlocks are to be resolved.

Shareholders of a company may disagree on how and where to resolve disputes. Some shareholder agreements may mention dispute resolution by arbitration but even so, a party may file a suit in a court for resolving the dispute. Appointing lawyers is important for resolving such disputes as the agreement has to be interpreted along with the facts of the dispute. Even if the shareholder’s agreement includes an arbitration clause, one has to check whether the particular dispute falls under such an arbitration clause or if the dispute has to be resolved in court.

Section 89 provides for the punishments for failure to comply with the above-mentioned sections and states that such a person will be liable on conviction to a fine of up to $5,000. If the offense continues even after conviction, then an amount of $500 is to be fined every day.

As mentioned under section 156, one of the duties of the director or the chief executive officer of the company is to disclose their interests in either a transaction or a proposed transaction with the company. Such interests can either be declared in a meeting with the board of directors or through a written notice to the company. If such director or chief executive officer of a company holds any office or possesses any property, which might create conflict with his duties in the company, directly or indirectly, they must disclose such to the company as well. This section also provides for punishments for not complying with the said duties of the director or chief executing officer and mentions that they will be liable to pay a fine of up to $5,000 or even imprisonment for a period of up to 12 months. If such a director is also a shareholder in the company, disputes may arise under this section.

Minority shareholders are protected by Section 216 of the Companies Act when the company’s affairs are managed or the directors’ powers are utilized in a way that is detrimental to their interests. By distinguishing such minority oppression claims from statutory derivative actions brought under Section 216A, the Singapore Court of Appeal has consistently upheld the proper plaintiff rule. Section 216 authorizes a shareholder to petition the court for remedy on the grounds that the company’s affairs are being conducted oppressively. If oppression is shown, the shareholder’s remedies include an order that his shares are purchased or the firm be wound up. Section 216A permits a shareholder to request leave to bring an action in the name and on behalf of the business against another party, typically, but not always, a director whose acts concerning the company the shareholder questions. While Section 216 deals with personal wrongs inflicted on the shareholder, Section 216A deals with wrongs committed on the firm, i.e. corporate wrongs. The rightful plaintiff in the latter case is the corporation, not the shareholder because the shareholder’s “loss” is only a reflection of the company’s loss.

Remedies for Shareholders in Singapore

A shareholder is entitled to file for an order with a court in Singapore to seek a remedy in a dispute. The judge decides the measures required for resolving the dispute after going through all the evidence submitted by the parties to the dispute. The court aims to reach an agreement for the dispute between the company’s shareholders and does not rule in cases related to the company’s management. Alternatively, shareholders can also resolve their disputes utilizing alternative dispute resolution mechanisms, for example, arbitration and mediation. The arbitrators and mediators also aim to reconcile the disputed parties. Some common options that shareholders can use when in a dispute are:

1) Shareholder: A person, company, or organization that owns a share or shares of stock in a given company.
2) Board of Directors: A board of directors is a group of persons elected by the shareholders of a corporation to govern and manage the affairs of the company.
3) Substantial Shareholder: A “substantial shareholder” is defined as a person that has a stake in one or more voting shares in the company or in one of the classes (when the share capital of the company is divided into 2 or more classes of shares), where the total votes attached to that share, or those shares, is not less than 5% of the total votes attached to all the voting shares in the company or included in that class.
4) Minority Shareholder: Minority shareholders of companies in Singapore are generally shareholders with a non-controlling stake of less than 50% of a company’s voting shares. Shareholders of a company who hold less than 50% of the company’s voting shares are considered minority shareholders.
5) Chief Executive Officer: A “chief executive officer” (CEO) refers to any person, either employed by or acting for the company, who is principally responsible for the management and conduct of the whole or part of the company’s business.
6) Arbitration: Arbitration is a procedure in which a dispute is submitted, by agreement of the parties, to one or more arbitrators who make a binding decision on the dispute.
7) Mediation: A structured process where a neutral person uses specialized communication and negotiation techniques for facilitating parties in resolving their disputes. A settlement process whereby disputing parties arrive at a mutually acceptable agreement.

In this case, the plaintiff alleged that the defendants oppressed him as a minority shareholder and sought relief under section 216 of the Companies Act. He alleged that he was removed as a director, was excluded from the management, and there was a diversion of the company for the defendant’s sole benefit. The judge dismissed the claim of the plaintiff and ordered the defendants to buy out the shares of the plaintiff at a normal rate. Both the parties appealed against this decision and after going through all the facts of the case, the High Court granted his application for relief under section 216 of the Companies Act based on diversion of the business for the benefit of the defendants.

The plaintiff, a private equity fund, and the defendant, an Indian resident, were both shareholders in an Indian corporation. They signed into a shareholders’ agreement that included an arbitration clause that said that any disagreement about the company’s management or any issue in the agreement would be resolved through arbitration. Singapore served as the venue for the arbitration. Disputes occurred, and the defendant, notwithstanding the arbitration clause, filed a lawsuit at the National Company Law Tribunal (NCLT) alleging oppression and mismanagement. The plaintiff sought an injunction from the Singapore court, using the arbitration clause, to prevent the defendant from pursuing the NCLT proceedings. In the Singapore High Court, the plaintiff argued that the disputes could be resolved by arbitration, which was governed by the law of the seat. The defendant contended that the arbitration clause was regulated by Indian law, which was also the law regulating the shareholders’ agreement. The plaintiff’s submissions were accepted by the court. On the issue of arbitrability, the court decided that at the pre-award stage, the law of the seat determines subject matter arbitrability. As a result, the court used Singapore law as the law of the seat, determined that the issue could be resolved by arbitration, and granted the injunction.

A majority shareholder and director intended to expand into the renewable energy market. The other directors were against it since the firm had previously only been involved in the building and boarding industries. The majority shareholder director then sought to call an extraordinary general meeting (EGM) to vote on removing the dissenting directors. A quorum of two shareholders was necessary by the company’s constitution to enact such a resolution. By declining to attend the EGM, the minority shareholders successfully vetoed the proposed resolution. As a result, there was a managerial impasse. The court concluded that there was an appropriate degree of sufficient impracticability for the court to intervene in this matter.

A director had already been accused of misappropriating company funds. Mr. Ang and Mr. Low, the remaining directors, declined to attend the EGM, depriving Mr. Gan of the requisite quorum, and bankruptcy proceedings were successfully initiated against him. Mr. Low then attempted to seize control of the firm from Mr. Ang by claiming that he had also misappropriated funds. Mr. Low’s lawsuit was rejected by the Court because the court saw through his intentions. Mr. Ang was awarded costs along with the usual consequential orders. 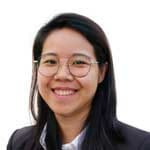