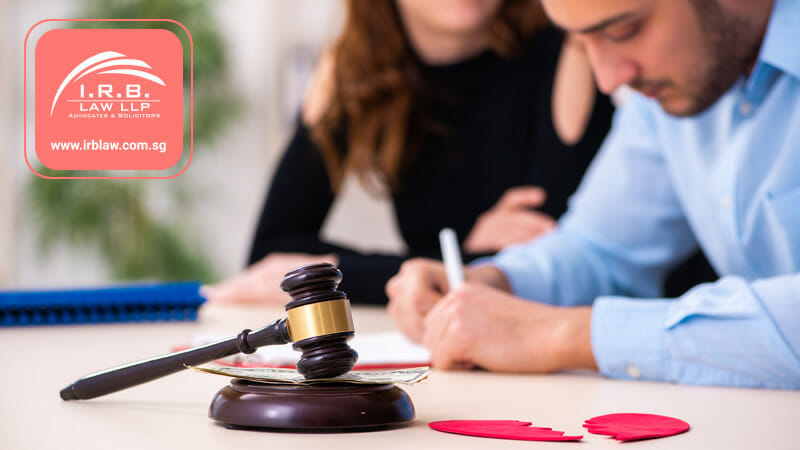 In VOU v VOT [2021] SGHCF 6, the Family Division of the Singapore High Court held that there is no legal basis to consider a pre-marriage lifestyle when deciding on monthly maintenance for the wife. The court only has the power to order maintenance under Section 113 of the Women’s Charter upon married or divorced parties. No factor listed in Section 114 of the Charter can be read to include circumstances before the marriage.

The High Court upheld the District Court’s decision not to order any maintenance where the marriage was short-lived. Both parties are mature adults who were financially independent when they married each other. The wife can provide for herself.

The parties were married in December 2016 after living together for four years. The husband is 78 years old and the wife 59 years old. They have no children together. It was a second marriage for both of them. The parties agreed to keep their assets in their sole names.

The relationship was turbulent, even before the wedding. The marriage only lasted six months before the husband left abruptly in June 2017.

Shortly after the husband left in June 2017, the wife sold her business.

The husband filed for divorce in January 2020. The only ancillary issue before the District Court was maintenance for the wife.

The wife filed an appeal against the DJ’s refusal to order maintenance for her.

On appeal, the wife requested a lump sum based on $5,000 per month. She argued that the DJ erred in failing to consider their pre-marriage lifestyle and high living standards during the marriage. She further argued that the DJ placed too much emphasis on the short duration of the marriage and failed to consider the circumstances in which they got married. The DJ further failed in deciding that the wife was financially secure.

She claims $420,000 based on $5,000 per month for seven years since she would be unable to earn much due to her age and medical condition, and the fact that the husband did not pay any maintenance for the last three years (2017 – 2020) of the marriage.

Alternatively, she claims $180,000 based on $5,000 per month for three years. She says that is fair and reasonable since the husband refused to maintain her from when he left until the divorce proceedings.

The wife alleges that the husband told her to sell her business that she had been running for 15 years so that she could devote more time to care for him. She says she agreed because he promised to take care of her and provide for her. She sold her business in July 2017, despite the husband’s departure from the marriage. She alleged that she thought he would come back as he always did in the past. She wanted to free her time to take care of him and relied on his promise to provide for her.

The High Court remarked that the fact that she sold the business didn’t significantly impact in her favour for ordering maintenance. She could have delayed the decision. She could also return to the business if she wanted to. The business was entirely based on her skill and effort.

Should the court consider their pre-marriage lifestyle?

The wife asked for the same monthly sum that she received as part of their pre-marriage lifestyle and short marriage.

As it stands now, the law does not allow the court to consider the fact that the parties lived together before the marriage, nor the circumstances whilst they lived together before the marriage. The court only has powers as stated in Section 113 of the Women’s Charter. The power to order maintenance is only invoked when parties are married or divorced. Furthermore, the list of factors set out in Section 114 that the court should consider when deciding on maintenance does not refer to any circumstances or lifestyle before the marriage.

The court referred to UJF v UJG [2019] 3 SLR and agreed with the decision that there is no legal basis for ordering maintenance based on any conduct during cohabitation before the marriage. In UJF v UJG the relationship between the parties was longer than this one on appeal.

What about financial preservation?

The parties were financially independent when they got married. The wife was financially secure on her own at the time. In her arguments before the Court of Appeal, the wife relied on financial preservation and their high standard of living during the marriage to justify her claims.

Section 114(2) of the Women’s Charter provides for financial preservation. The principle is that the court shall try to place the parties in the financial position they would have been in if the marriage didn’t break down. Both parties had properly discharged their financial obligations and responsibilities towards each other. The court shall only do so as far as it is practical and just, having regard to both parties’ conduct.

When considering her argument, the judge remarked that the parties only lived together as a married couple from December 2016 till June 2017. There wasn’t much evidence regarding their lifestyle during the marriage. The court agreed with the husband’s counsel that there was not much lifestyle during the marriage to speak of. There was a passing reference to a two-week honeymoon in Europe but not much else to justify the wife’s claim.

The wife argued that Section 114(2) required the court to consider the circumstances when they got married and the parties’ conduct. She specifically relied on a promise the husband made in September 2016 that he would never leave her and would provide for her. The court, however, agreed with the DJ, who held that there is no legal basis to order maintenance based on the husband going back on his promises. Parties often break promises made during the happy days of courtship and marriage. Such broken promises are not a legal basis for a maintenance order.

The Court’s Decision on Appeal

The court dismissed the appeal against the decision of the DJ.

The decision provides good guidelines for how the court will approach maintenance orders and the principle of financial preservation.

In this case, the marriage was short-lived. There was very little evidence on the standard of living during the marriage. Both parties were financially independent. The wife could provide for herself.

Deciding to sell her business was a risk she decided to take, even though the husband had already left the marriage. Parties should take note that the court won’t automatically rule in their favour if they make business decisions based on promises made by the other party in happy days.

The court will only make a maintenance order if it is fair and just to do so. Financial preservation does not mean that the wife must be in the exact same position as when the parties were married.

The court also made it clear that the law currently does not allow the court to consider the parties’ relationship and lifestyle before they got married. Section 113 and 114 are only applicable from the time of marriage or divorce. The wording of the Women’s Charter refers explicitly to “wife or former wife” or “husband or former husband”. Nothing in sections 113 and 114 can be read as referring to partners who are not married.