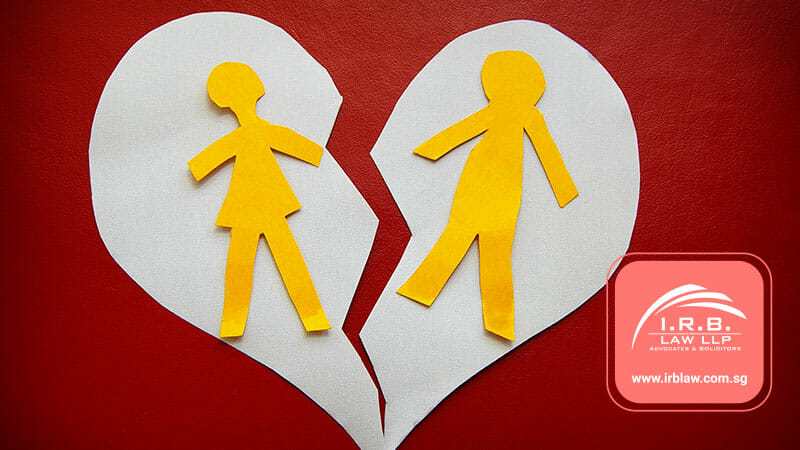 In Singapore, legal separation (for 3 years preceding the filing of divorce and with the consent of the spouse) stands as one of the legal grounds for divorce. As a result, a Deed of Separation becomes an important tool for outlining the most crucial matters when a couple decides to part temporarily or for good.

While not a public document, known only to the spouses and, possibly, their lawyers, the Deed of Separation officially starts the period of separation and, in many cases, also sets up the date for initiating divorce proceedings.

Although an informal separation could also be viewed as an alternative, in many cases signing a Deed of Separation may be a preferred option. It could help a couple to agree on the most essential issues of living apart before the marriage is dissolved, such as care and custody of children or division of matrimonial property as well as to avoid potential disputes in court and high costs associated with contested divorces in Singapore.

Taking into account the importance of such matters for the whole family, it is always advisable to turn for help to an experienced lawyer to draft a Deed of Separation. The lawyer will ensure that the Deed of Separation reflects the interests of the client and does not set unreasonable terms that could be overruled in court.

What is a Deed of Separation?

The Deed of Separation in Singapore is a written agreement (executed as a deed) between husband and wife regulating the period when the spouses remain officially married but living apart either separately or even under the same roof but without maintaining family relations.

The Singapore law does not require registration or filing the Deed of Separation with the court or any public authority. Thus, the Deed remains a private document between the spouses who can keep the fact of its existence unknown to anyone, including relatives and friends, for as long as they wish.

The Deed of Separation must be made in writing as it would be hard to prove the existence of an oral agreement in case of any disputes. For it to become valid, the Deed for Separation should be signed by both spouses, preferably before a Commissioner for Oaths.

When You May Need a Deed of Separation

As was already mentioned, the Deed of Separation can be used on the later stage during divorce proceedings in relation to the ancillary matters which would help to avoid disputes between the spouses and contest in court, saving time and legal costs.

What’s more, the Deed of Separation sets up the date when the spouses are officially separated so that they are eligible for divorce on the grounds of separation after 3 years when both husband and wife agree on divorce or after 4 years if one of the spouses objects to a divorce and contests the same in court.

Terms to Be Included in a Deed of Separation

The Deed of Separation may also include a term about residential arrangements for the spouses, stating that they will start living separately from each other either in separate residences or even under one roof but without keeping marital relations or running a joint household.

Other essential terms of the Deed should include provisions related to:

In order to be considered fair and/or reasonable by the court during divorce, these terms should account for standards of living enjoyed by spouses before breakdown of marriage, the extent of contributions including indirect contribution by the spouses, such as taking care of the family and maintenance of the property, as well as the rights, needs, and interests of the children.

Often spouses mistakenly consider that separation is equivalent to divorce or that it starts a divorce procedure. It must be remembered that while the Deed of Separation outlines the terms for settling ancillary matters after divorce, the spouses remain officially married during the separation. Getting a divorce in Singapore requires filing a separate application for divorce to the Family Justice Courts. In case the spouses want to remarry after separation, they have to get the divorce settled first.

It is also worth noting that after signing the Deed of Separation, a spouse can “back out” of the Deed of Separation by turning to the Family Court to set aside the deed because they feel that some of the terms of the Deed were unfair or there was misrepresentation of facts prior to the signing of the deed or they were coerced or unduly influenced to enter into the deed without the benefit of legal advice.

While separation is one of the legal grounds for divorce in Singapore, documenting it in a Deed of Separation increases the spouses’ chances for an optimal divorce settlement. Outlining its terms, including maintenance for the spouse and children, child custody, and financial considerations helps to settle the ancillary matters at the early stage, avoids contested divorce proceedings, and leads to savings on legal costs.

Given the consequences of signing the Deed of Separation in Singapore for all involved parties, it is always recommended to seek the assistance of the professional divorce lawyers. Our lawyers would help in outlining all the essential terms so that the Deed of Separation could work as a basis for effective settlement when the spouses decide to file for divorce on the grounds of separation.