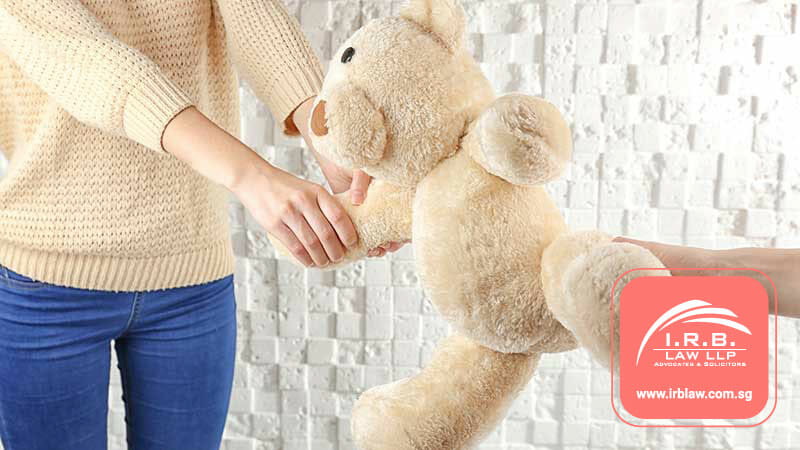 Child custody is often the main issue for contention during a divorce. The Guardianship of Infants Act is the main statute governing child custody in Singapore and it is supplemented by the Women’s Charter and the Administration of Muslim Law Act. According to the Women’s Charter, the definition of a “child” is a child of a marriage who is presently below 21 years old.

Differences between Custody vs. Care and Control

Care and control, on the other hand, is granted to only one parent and this parent shall take care of all the daily matters of the child. The court may grant another parent access to the child for a specific period.

What Are The Different Types Of Custody?

There are four types of child custody:

A parent granted with a sole custody order is authorised to make all important decisions for the child. This order is granted to only one parent. The court grants this order due to the reasons as follows:

One parent is granted with custody he/she shall discuss with the non-custodial parent any matters regarding the child’s welfare.

The courts grant the custody of one or more siblings to one parent, whereas custody of the other sibling(s) is granted to another parent. This order is rarely granted by the courts as the courts would normally let the siblings live together so that they can provide emotional support for each other.

How do the courts determine the type of custody to award?

The Singapore courts apply a standard called the “welfare principle”. It depends on the best interests of the child. This standard is not only about financial or physical comfort, but the courts will also look into the child’s moral, religious and physical welfare as well as the child’s affection to the parent.

The courts may ask the social services or counselor to assess the child and parent and suggest a type of custody order which is suitable to them. The courts usually ask for a Social Welfare Report prepared by officers from the Ministry of Culture, Community and Youth. The officers, in preparing the report, would observe the parents’ interaction with the child. This report is confidential, it is for the judges perusal only and it shall not be revealed to the parents and/or child.

The list below shows the non-exhaustive factors that the courts may consider in deciding the type of custody order:

It is important to note that the parent who has a better financial capability does not mean that he/she has a better advantage over another parent. Also, the court would not prioritize the parents’ wishes and preferences above the child’s welfare.

How do the courts usually determine care and control?

The care and control order decides which parent should live with the child. The parent granted with this order shall be the main caretaker who handles all daily matters of the child, for instance, meals, transport etc.

A “penal notice” can be attached to the care and control order. A penal notice provides specific terms and responsibilities which the parent has to comply with, for instance, permitting another parent to have access to the child at a specific period and manner. The courts shall penalise the parent who does not comply with the penal notice without reasonable justification.

Can a father get custody of his child?

It is improbable for the court to grant a shared care and control order if a school-going child is involved due to the inconveniences of traveling between 2 homes regularly. Also, the courts would not grant this order if the parents’ relationship is rancorous and they have different parenting styles.

Access orders are normally un-monitored. A parent can spend time with the child without anyone’s supervision.

Supervised orders are frequently granted for reasons, for instance, to guard the child against possible physical or emotional abuse, or to assess the relationship between the child and the parent not granted with custody.

In deciding the type of access orders to be awarded, the court may ask for an ‘Access Evaluation Report’ if necessary, especially when both parents are disagreeable to the access times.

Access Evaluation Reports assist the court to settle disagreements over access to the child, for instance, the duration of access and whether a supervised order is needed etc. These reports are also only for the judge’s perusal.

Parents are encouraged to reach a consensus about the days, time and place of the access. This speeds up the divorce proceedings and lessens the emotional damage to the parents and the child.

The court, in deciding the quantum of access, would consider the non-exhaustive factors as follows:

Once access orders are awarded, some parents face the problem of being denied access to the child. However, the present Singapore law does not sufficiently address such a problem. If you encounter this problem, you may seek professional help from a lawyer.