Overview of Prenuptial Agreements in Singapore 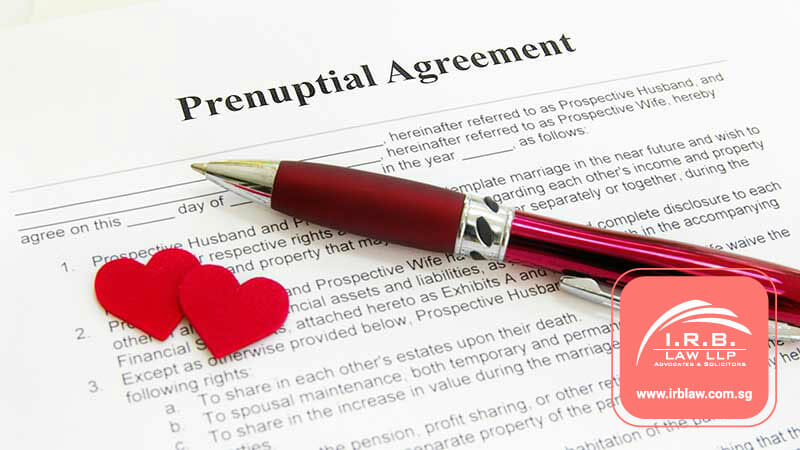 Prenuptial agreements (sometimes also known as antenuptial agreements) are agreements reached by a husband and a wife before their marriage concerning what would happen in the event of a divorce. Such agreements can cover any issue which is usually the subject of ancillary proceedings, including maintenance, the division of matrimonial assets, and children.

Couples who have prenuptial agreements often view such agreements as a practical way to deal with, with certainty, some of the matters that will have to be dealt with should the couple divorce, such as the parties respective rights over property, maintenance, or custody of children.

Prenuptial agreements are contractual in nature, and thus must satisfy the basic requirements of any contract. Such agreements must be supported by consideration, and cannot be obtained through a party’s misrepresentation, fraud, duress, unconscionability, or undue influence.

Are prenuptial agreements valid in Singapore?

For example, section 112 of the Women’s Charter provides that the court shall have the power to order the division between a divorcing couple of any matrimonial asset, or the sale of such an asset and the division of the proceeds of such a sale, in the proportions as the court thinks just and equitable, with reference to a prescribed list of circumstantial factors that the court has a duty to account for in making such an order.

Similarly, under section 114 of the Women’s Charter, the court has a duty to have regard to the circumstances of the case, including another prescribed list of factors, in determining the amount of maintenance to be paid from one party to the divorce to the other.

In addition, the courts may give more weight to prenuptial agreements governed by foreign laws entered into by foreign nationals, assuming the foreign law is not repugnant to the public policy of Singapore.

What can be dealt with in a prenuptial agreement?

Most matters related to a marriage can be dealt with in a prenuptial agreement. These matters can include issues relating to the ownership or division of assets of either party to the marriage, the provision of maintenance should a divorce occur, or even matters concerning the custody of any children to the marriage.

However, as noted above, different issues will be scrutinised by the court differently, such as there being a presumption that prenuptial agreements relating to the custody of children would be unenforceable unless it is demonstrated that the agreement is in the best interests of the child or children concerned.

What are the terms usually included in a prenuptial agreement?

However, as with any agreement, the exact terms of the prenuptial agreement should be tailored to fit your specific needs.

As noted above, the Singapore courts will not uphold a prenuptial arrangement if it contravenes the requirements of the Women’s Charter. Drafting a prenuptial agreement is a delicate issue and may be too technical for you to fully understand alone. You may wish to consult a lawyer to aid you with drafting your prenuptial agreement, should you need one.