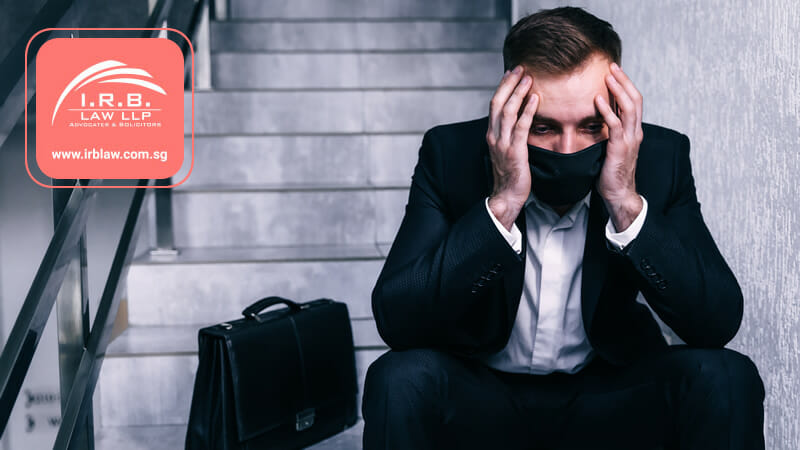 If the court declares someone Bankrupt, they must abide by the laws mentioned under the Insolvency, Restructuring and Dissolution Act 2018 (IRDA). Bankrupts have some compulsory duties mentioned under the Act which they must follow. People who are declared bankrupt are also disqualified from doing certain things till they clear their debts or pay the target contribution. The IRDA mentions some offences which can attract penalties if committed by a Bankrupt person.

The Offences of Fraudulent Dealing with Property Obtained on Credit

Section 411 of the IRDA provides for the offences of fraudulent dealing with property obtained on credit. This section is divided into subsections and provides for two distinct offences.

Subsection (2) of section 411 states that a person is said to have committed the offences of fraudulent dealing with property obtained on credit if a person purchased or received property from a bankrupt in the 12 months before to or during the initial period, knowing or believing that the bankrupt owed money in respect of the property and that the bankrupt did not intend or was unlikely to be able to pay the money thus due.

The defense available against this section is mentioned under subsection (3) of section 411. It states that if the disposition, acquisition, or receipt of the property was in the ordinary course of the bankrupt’s business at the time of the disposal, acquisition, or receipt, the person is not guilty of an offences under paragraph (1) or (2) of section 411. The emphasis should be on the price paid for the property when determining whether it was disposed of, purchased, or received in the ordinary course of the bankrupt person’s business. Disposing of, acquiring, and receiving property includes pawning and pledging of such property as well.

The Offences of Obtaining Credit, Engaging in Business, or Standing as a Guarantor

Mentioned under section 412 of the IRDA, an undischarged bankrupt person is said to have committed the offences of obtaining credit, engaging in business, or standing as a guarantor if:

a) The person gets $1,000 credit (or such larger amount as may be prescribed) from any individual without alerting that individual that the person receiving the credit is an undischarged bankrupt at the time the credit is acquired, either alone or together with anyone else.

c) The person provides a guarantee, indemnity, or security in the amount of at least $1,000 (or such larger amount as may be prescribed) in respect of any amount borrowed or charged or any credit obtained by another person, without informing the lender or creditor that the person acting as a guarantor is an undischarged bankrupt at the time the guarantee, indemnity, or security is provided.

The offences of Failure to Keep Proper Accounts of Business

A bankrupt commits an offences under section 413 of the IRDA if the bankrupt was involved in any business within two years of the filing of the bankruptcy application by or against the bankrupt and:

a) failed to keep accurate accounting records during that time and any part of the initial period in which the bankrupt was thus engaged.

b) preserved all of the bankrupt’s financial records for the periods stated in paragraph (a).
Subsection (2) of section 413 explains when is a person deemed to not have kept proper accounting records. It states that if a person does not keep such records as are essential to indicate or explain the person’s transactions and financial situation in the person’s company, the person is regarded not to have kept proper accounting records. Such records include:

i) Records comprising entries for all monies given and received from day to day, with sufficient detail.
ii) Statements of annual stock-taking where the business involved dealings in goods.
iii) Except in the case of products sold in the retail trade, records of all items sold and acquired, including enough information on the buyers and sellers to identify the commodities and the buyers and sellers.

A person is not guilty of an offences under section 413 if:

a) At the time of the bankruptcy, the bankrupt’s unsecured liabilities did not exceed $15,000.
b) The bankrupt establishes that the omission was honest and excusable in the conditions in which the bankrupt conducted business.

The Offences of Gambling

As mentioned under section 414 of the IRDA, a bankrupt person is said to have committed the offences of gambling if the bankrupt has:

a) Materially contributed to, or aggravated the amount of the bankrupt’s insolvency in the 12 months before the filing of the bankruptcy application by or against the bankrupt by gambling or impulsive and hazardous speculations.

b) During the initial period, gambling or impulsive and hazardous speculations resulted in the loss of any part of the bankrupt’s property.

The bankrupt is held liable under section 415 of the IRDA if without any reasonable ground of expectation of being able to pay the debt:

b) Having been engaged in carrying on any trade or business, the bankrupt continues to trade or carry-on business by incurring any debt provable in bankruptcy, the bankrupt being insolvent on the date of incurring the debt, within 12 months before the date of the making of a bankruptcy application by or against the bankrupt, or during the initial period.

There are three distinct offences mentioned under section 416 of the IRDA.

1) A creditor commits an offences if he or she accepts or receives any money, property, or security from another person as an enticement to refrain from opposing or consenting to a bankrupt’s discharge.

2) Knowing that a bankruptcy order has been issued against a debtor, a person commits an offences if he or she removes, conceals, receives, or otherwise deals with or disposes of any part of the debtor’s property intending to defeat the order.

3) In any bankruptcy, composition, or arrangement with creditors, any creditor who makes any claim, evidence, declaration, or statement of account that is false in any significant particular is guilty of an offences unless the creditor proves to the court that the creditor had no intent to defraud.

Punishment for the Offences (Mentioned Above)

What if the Bankruptcy Offences were committed outside Singapore?

Section 418(1) of the IRDA states that it is not a defense in bankruptcy-related offences proceedings that everything relied on, in whole or in part, as constituting the offences was committed outside of Singapore. Thus, even if the bankruptcy offences were committed outside Singapore, a bankrupt person can be held liable under the above-mentioned sections.

What if the Bankrupt Person was Discharged from Bankruptcy?

Self Bankruptcy Application in Singapore