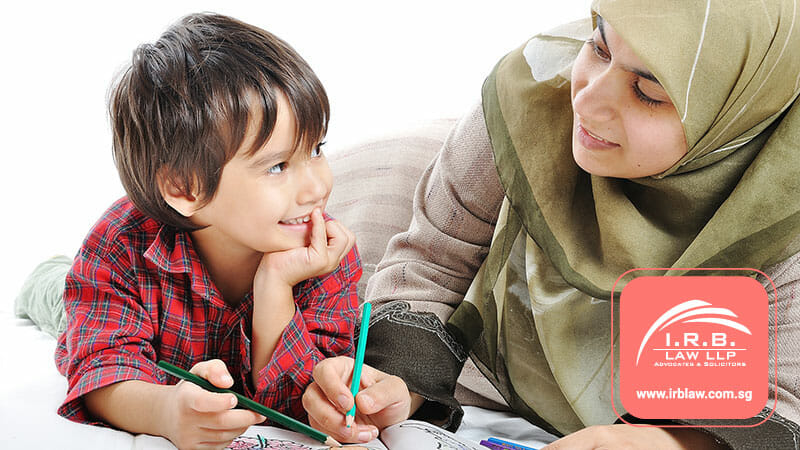 This article discusses the Muslim law relating to, and the approach taken by the Syariah Court in determining, the issue of custody of minor children in divorce proceedings.

Muslim Law On Custody Of Children

Muslim law provides specific rules which determine the custody of a child upon the divorce of his/her parents (hukum hadhanah). One such rule is that a child below the age of 7 will generally be placed in his or her mother’s care, whereas an older child will be asked with which parent he or she wishes to live with after the divorce. Another rule is that a mother loses her custodial rights once she remarries.

Since the predominant consideration is the child’s welfare or best interest, the wishes of the child’s parents (the divorcing spouses) are secondary.

Under Muslim law, a child’s “welfare” extends beyond his/her material or physical welfare and includes the child’s spiritual or religious welfare.

In law, “custody” refers to the right to make major decisions in relation to a child’s healthcare and education (including religious education). The approach taken by the Syariah Court on the issue of custody is the same as that of the civil law courts: the divorcing spouses are usually given “joint custody” of their child unless it can be shown that either of them has committed violence against or has abused the child.

“Care and control” refers to the right to make decisions relating to a child’s day-to-day activities. The child will live with and be cared for by the parent who is given his/her care and control.

In arriving at its decision on the issues of custody, care and control and access of a child, the Court will have regard to the relevant principles of Muslim law and the paramount consideration of the child’s welfare and best interest. In certain cases, the Court may call for a report on the child from the Ministry of Social and Family Development or other social services agencies to aid the Court in this often difficult decision-making process.

In the case of Mohd Fadly Bin Saaid v Raba’ah Binte Roszini (Appeal No. 14/2010), the Appeal Board laid down several general principles governing the determination of the issue of custody of a child in Muslim divorces: