Divorce Due to Unreasonable Behaviour 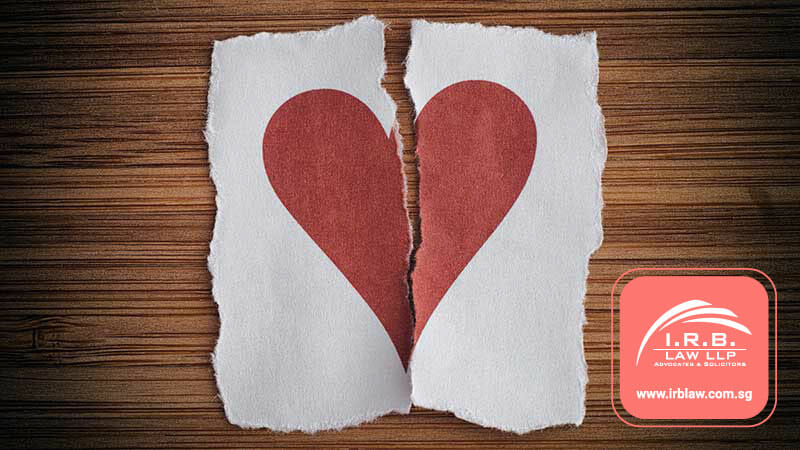 Your partner whispers gently into your ear as you snuggle into in the comforting arms of your spouse. The both of you had just gotten married and newlywed feeling rushing through your body is ecstatic. Marrying your partner was the best thing that could have happened to you.

Fast forward the clock to 5 years later. You stare at the same bed that the two of you used to snuggle in. Living happily was never the end of the fairytale. You feel like you grew apart. You think he is seeing someone behind your back. He constantly tells you that you are worthless.

You think back to yourself. This story had an ‘ever after’ after all and that ‘ever after,’ was in the form of heartbreak and misery. You wonder if it was possible for anyone to even to stay married? If you feel that your marriage has reached its tipping point due to your ‘spouse’s unreasonable behaviour’ and are thinking of filing for a divorce, this article is meant for you.

What is ‘Unreasonable Behaviour in Singapore

*This list is not a complete list, and a good divorce lawyer in Singapore will be in a better position to advise you if your situation is one of ‘unreasonable behaviour.

It is not sufficient to show that you and your spouse are no longer incompatible for one another in the marriage. The reason cited must be something that ‘affects the other’ greatly. What this means is that their behaviour and actions must have affected you so much that it becomes unbearable for you to cohabit with your spouse. Only then can you prove that your marriage has irretrievably broken down.

What if I am simply bored with my partner in Singapore?

In Wong Siew Boey v Lee Boon Fatt, it is not enough to say “that no longer have anything in common and cannot communicate or that one of them is bored with the marriage. It must go beyond a mere state of affairs or state of mind. It must result in a situation where the behaviour of your spouse has affected you so greatly, that living together with him or her repels you. Stating that your marriage has turned boring or that your partner snores loudly at night are not good enough justifications to file for a divorce.

That being said, the Courts will also look into the cumulative effect of the behaviour over time. The reason this is done so is that a series of acts over a significant period, while taken individually may not seem grievous or unreasonable, but when viewed as a whole, your spouse’s behaviour comes off as ‘unreasonable.’

What happens if you accept their Unreasonable Behaviour?

You must also be reminded that if you continue to live with your spouse for 6 months or longer since the last ‘unreasonable behaviour’ that you cited, it is unlikely that the Court will consider the behaviour as being adequately ‘unreasonable.’

Advantages of Divorce Based on ‘Unreasonable Behaviour’

Adultery, on the other hand, would require for you to show to the Court evidence that your spouse has committed the act and this would involve money in hiring a private investigator, bringing them in as a witness, etc. Its more costly and time-consuming to gather all these evidence, not to mention the arduous divorce procedures that will follow it. As such, it might be more time and cost efficient in establishing ‘unreasonable behaviour’ as proof of divorce than adultery.

Important points to take note of regarding Unreasonable Behaviour in Singapore

As there is no defined rule or standard to determine whether a particular situation would fall under ‘unreasonable behaviour,’ it would be best for you to seek an experienced Singapore family lawyer who can provide legal advice on the matter. Your spouse may have promised you a ‘happily ever after’ but just know that now, they are only your ‘once upon a time.’

How Can We Help You

Filing for a divorce and divorce procedures in Singapore are delicate issues and may be too technical for you to fully understand alone. We understand that going through such an event in your life is difficult and emotional. Worry not, at I.R.B. Law; we have experienced divorce lawyers who are well versed in family law proceedings in Singapore. We will be able to guide you through the process and explain to you each and every stage of your divorce or your separation.