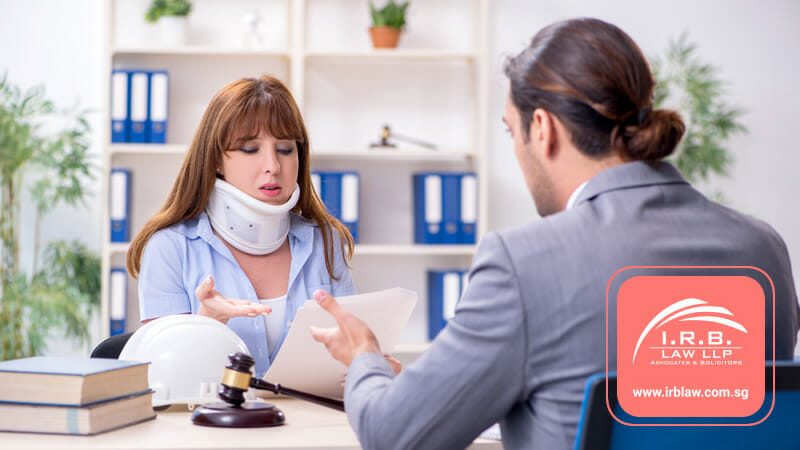 In IRB Law LLP, we act for parties in negligence claims. Our clients can be persons who have suffered loss as well as persons who are being sued for causing loss. Vehicle accidents, fire incidents in premises, medical negligence, personal injury suffered in the ordinary course of daily living and industrial accidents suffered by workers are some of the claims we deal with.

Does a professional party A have a duty of care towards the third party C where party A is contracted by a client B to investigate the actions of C?

The Court of Appeal highlighted some problematic issues for and against finding whether such a duty of care exists towards party C where A makes some adverse findings against C. The question, however, remained unanswered since the Court of Appeal found that it need not answer the question at all. The appeal failed on causation i.e. whether any alleged breach of duty owed by A to C caused loss to C.

The Court of Appeal held that a negligence claim could not succeed if there is no evidence of actual loss caused by the negligence. To make out the tort of negligence, the breach must have caused a loss. Even if there was a duty of care, and even if it was found that the respondent breached that duty, without causation, a claim in negligence cannot succeed.

In this case, the appellant appealed against the finding of the judge in the High Court that:

The Test for Negligence

All the parties agreed that to succeed with a claim for negligence; the appellant must succeed on all three legs of the test. If the appellant failed to prove either the existence of a duty, or a breach of the duty, or that the breach caused loss, the appeal must fail.

Even though the issue of whether a duty of care exists in the circumstances is complex, Sundaresh Menon CJ dealt with the appeal swiftly by finding that the appellant failed in showing that the respondent’s actions caused him any loss. Without causation, there could be no successful claim based on negligence. There was no need to rule on whether a duty of care existed in the circumstances.

The appeal court disagreed with the appellant’s argument that when a breach of a duty of care is established, the court must assess the damages. The court held that such an approach would amount to treating two distinct issues (causation and quantum of loss) as one issue. It must first be established that the action caused loss; only then can the quantum of the loss be assessed.

Even if the claimant proves every other element in tortious liability he will lose the action, …… if what the defendant did is not treated as a legal cause of his loss. This issue is logically distinct from and anterior to the question of the measure of damages which will be dealt with at a later stage.

It would follow that an appellant is obliged to show that the loss he suffered was causally connected to the alleged breach. In this appeal, the court held that the appellant’s case lacked in proving a causal link between the respondent’s actions and the loss suffered by the appellant.

To understand the court’s reasoning, we need to set out the relevant facts in this matter briefly. The respondent (PricewaterhouseCoopers) was engaged by SBI’s management at the time to undertake a fact-finding review about certain transactions. SBI Offshore Limited is a Catalist-listed company. The transactions included a series of transactions SBI entered in connection with its acquisition and subsequent disposal of shares in a Chinese entity. The appellant was involved in these transactions in his capacity as the former CEO of SBI. The respondent prepared a report on its findings and circulated the report to the board of directors of SBI and the shareholders. Certain matters were then brought to the attention of law enforcement agencies. The appellant alleged that the report was prepared and/or presented negligently and contained inaccurate and/or misleading statements. He alleged that these statements caused him loss.

He alleged that he suffered:

The pleadings set out the losses the appellant relied on to claim damages based on the respondent’s breach of duty, but no evidence was placed before the court to prove that any of these things happened as a causal consequence of the alleged breach.

There was no evidence before the court that he lost his business reputation, lost income, or that the share price fell due to the respondent’s report. He did not present any evidence that he would have been reappointed as CEO and would then have been able to cause the share price to rise.

The Court’s Findings on the Substantive Appeal

Without making any finding on whether any of these types of losses were actionable, the court found that the appellant failed to discharge his burden of establishing that any of the alleged losses had been caused by the respondent’s alleged breach of duty. All that was placed before the court was a list of wholly unsubstantiated assertions. No evidence was presented to substantiate the assertions. That was fatal to the appellant’s case.

There was no evidence establishing that the respondent’s actions caused the type of losses the appellant allegedly suffered. The court, therefore, dismissed the appeal.

The court of appeal neither agreed nor disagreed with the trial judge, who held that such a duty did not exist. The court of appeal expressly left that decision for a future occasion, acknowledging that a decision on this issue could have significant ramifications for professionals and their insurers.

The court nevertheless set out several considerations that could be useful when deciding whether a duty of care exists in such circumstances.

Firstly, the court referred to Spandeck Engineering (S) Pte Ltd v Defence Science & Technology Agency [2007] 4 SLR(R) 100, which sets out the three conditions for finding a duty of care as follows:

The Court of Appeal agreed that a party preparing a report targeted at the actions of a third party should contemplate that the third party might suffer loss if the report contained inaccurate or misleading information.

As stated by the CJ, the question, however, remains whether there is legal proximity between the parties and if legal proximity is found whether countervailing policy considerations negate it.

Some considerations against finding a duty of care include:

Some considerations in favour of finding a duty of care in these circumstances include: