Do The Limitations Imposed On The Muslim Will Apply To The Nazar And The Hibah? 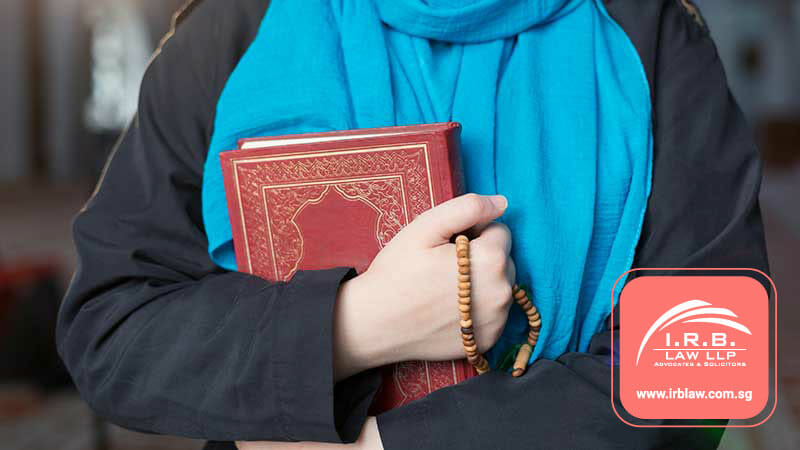 At I.R.B. Law LLP, we are often asked whether the two limitations imposed on the Muslim Will (Wasiat) can be avoided or circumvented by the use of other instruments like the Nazar or the Hibah.

Can we avoid either limitation or both limitations in a Nazar?

A Nazar is a vow by which the giver gives away his assets to whoever he chooses and in whatever amount he wishes. In a Nazar, the gift is often expressed as taking effect 1 hour or 3 hours before the death of the giver.

In the 2004 case of Mohamed Ismail Bin Ibrahim v Mohd Taha Bin Ibrahim, the Singapore High Court ruled that a Nazar is a bequest which comes into effect on the death of the giver. As such, a Nazar is subject to the limitation that no bequest can be made to the giver’s Waris. Since the Nazar in this case offended this limitation, it was held to be invalid.

The High Court also confirmed that the 1/3 limitation also applies to a Nazar. This is the effect of Section 60(1) of the Administration of Muslim Law Act (Cap. 3) (AMLA). Sections 60(2) and (3) of AMLA lays down other conditions which must be followed, failing which, a Nazar will be rendered “null and void”.

However, if all the Waris of the giver consent to the gift made in a Nazar, then the Nazar may be executed notwithstanding the fact that it is invalid under AMLA.

Can we avoid either limitation or both limitations in a Hibah?

A Hibah is a gift (if it is immediate) or a promise of a gift (if it is not immediate). A Muslim can, during his lifetime, give away any amount of his assets to anyone he wishes. Generally, the two limitations do not apply to a Hibah, except that Islam requires that all deeds or actions must be based on good faith and cannot be against Islamic principles, teachings or values.

Further, assets that have been given away by a Muslim during his lifetime do not form part of his estate upon his death as the ownership of those assets has already passed from him to the receiver. Likewise, assets which are the subject of a promise of a gift which has been carried out and fulfilled during the giver’s lifetime do not form part of the giver’s estate upon his death.

The case of a promise of a gift which has not been carried out during the giver’s lifetime is not clear. Like a Nazar, such a promise may be seen as a bequest taking effect after the death of the giver to which, based on the High Court’s reasoning in the case cited above, the limitations would apply. However, if all the Waris of the giver consent to the gift, then the promise can be carried out and fulfilled.

Islamic scholars differ in their views on the validity of the Hibah Ruqbah. Also, like a Nazar, a Hibah Ruqbah may be treated as a bequest which takes effect after the death of the giver, in which case, it is subject to the two limitations.

If all the waris of the giver consent to the gift in a Hibah Ruqbah, then the Hibah Ruqbah may be carried out notwithstanding the fact that it breaches either or both limitations.

Both the Nazar and the Hibah Ruqbah are human creations (i.e. they not found in the Quran or in the sayings and traditions of the Prophet (pbuh)) and Islamic scholars are not unanimous in their views as to the validity or otherwise of these instruments. Also, the issue of whether the limitations apply to an unfulfilled Hibah (i.e. unfulfilled at the time of the death of the giver) and a Hibah Ruqbah has yet to be determined by the courts in Singapore.

In the circumstances, we take the view that: