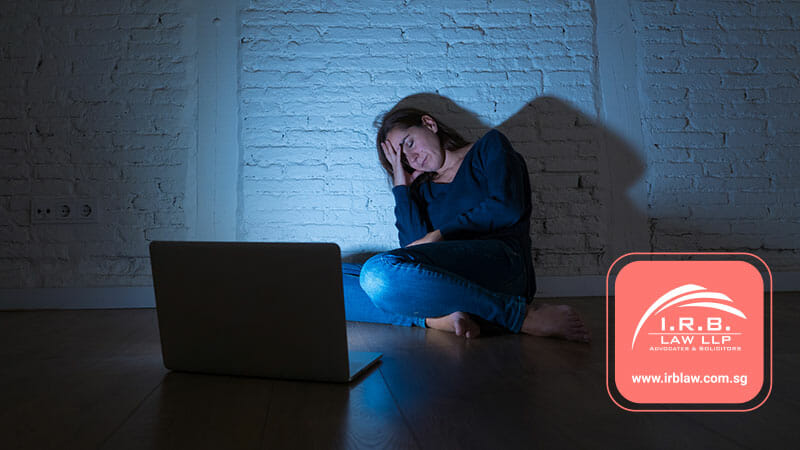 The Protection from Harassment Act (POHA) has finally introduced long-awaited remedies against harassment, covering offences not only inside Singapore but also those committed from outside against persons residing in Singapore, including attacks from the internet.

The law has finally expanded the protection against harassment covering relations within not only the family but in all other spheres of life, such as school, work, or public settings, also including cyberspace. Given the new realities and influence of the Internet and social media, the POHA Act focuses on well-known and most recent types of offence including sexual harassment, stalking, doxxing, and other types of threatening, abusive or insulting behavior or communication in real or virtual environments.

Taking into account the specifics of each individual situation and a wide range of remedies available under the POHA Act as well as other Singaporean laws, including the Women Charter and the Penal Code, it is advisable to turn for help to an experienced lawyer to have guidance on the proceedings. An experienced attorney would suggest the most suitable remedies and walk you through the procedures for applying for any of them to stop the offence as quickly and efficiently as possible.

What is Considered Harassment in Singapore?

The POHA Act protects against various types of harassment, including the use of any threatening, abusive, or insulting behavior, making similar communication as well as so-called doxxing, which is publishing identity information of the target persons or their close ones.

In Singapore, the following types of actions will be considered as harassment:

Remedies under the POHA Act

The POHA Act provides several types of remedies against offenders. The list of those include:

Harassment, abusive behavior, and stalking are viewed as a serious offence in Singapore and are punishable by both imprisonment and fines. Thus, any person who is considered guilty of violating the POHA Act by committing anything of the above is subject to imprisonment for up to 6 months and/or a monetary fine up to $5,000.

Moreover, any subsequent harassment is considered as even more serious offense, punished by imprisonment up to 12 or even 24 months and/or by a fine of up to $10,000.

The POHA Act provides additional protection for vulnerable persons as well as to persons who are or were in an intimate relationship with the offender. The list of vulnerable persons includes individuals with mental or physical infirmity or disability who are substantially unable to protect themselves. The criteria for intimate relations do not obligatorily presume living under the same roof or sexual relationship but can also include taking joint care of a person under 21 years of age or sharing tasks and duties of daily lives.

Any of the offences under the POHA Act, made against vulnerable persons and persons who were in the intimate relationship with the offender, are punishable more severely compared with a similar offence without such aggravating circumstances.

Applying for a Protection Order in Singapore

Although it’s possible to obtain a Protection Order as well as other remedies on your own, having a lawyer on your side can greatly expedite the process and exclude some steps such as pre-filling assessment or the need to visit the Service Bureau to file you case, which can be handled by a lawyer. Below is an overview of the whole process for your consideration.

The process of applying for protection against harassment in Singapore starts from a pre-filling assessment by Harassment Cases Registry at State Courts. The assessor will explain the remedies and may suggest alternatives in addition to the judicial ones.

Filing for Civil Remedies under the POHA Act

If you choose a civil track and decide file for PO, EPO or NPO under the Protection From Harassment Act, the procedure would start at the Service Bureau where you would need to file a package of documents, including:

The Supporting Affidavit must be affirmed or sworn before the Commissioner for Oath or at the State Court’s Central Registry.

Serving Summons Upon the Respondent

This is another step where lawyer’s support can be of great help.  According to the regulation, the Summons is to be served either by the lawyer or by the court official, named the Court Process Server, in which case the Complainant will have to accompany the Court Process Server in person. In many situations, serving the Summons personally upon the offender might be unbearable for the victim of the harassment, and it might be much appropriate to refer this to a lawyer.

Attendance of a Pre-Trial Conference (PTC)

The PTC conference takes place in court and precedes the court hearing. At this stage, the Judge would check if a resolution can be reached through mediation and, in cases where the matter cannot be resolved by mediation, would direct for a hearing called the trial. The Judge may set the procedure and the hearing date for the trial at the PTC conference or give directions for discovery and other interlocutory matters

Preparation of the Evidence

All evidence must be prepared according to the requirements presumed by the State Courts of Singapore. It should include 3 sets of documents for the judge, the respondent, and for your own purposes. The documents should be made or translated in English and be properly binded and paginated. You should bring any photographs, copies of publications or recordings in CD-R or DVD-R format, transcribing the important parts of the recording in the Affidavit.

During the hearing, the Judge would review the evidence of the plaintiff and the respondent and will hear the arguments of the parties. The decision as to the issuance of Protection Order and providing other remedies will be based on all the circumstances. The Judge will consider the evidence as well as explanations of the respondent to find out whether the alleged offender had the intent to alarm a victim, whether the accused individual’s behavior was reasonable and other facts pertaining to the case.

Due to globalization and the role of the Internet in modern life, the availability of protection against harassment on the web or when the victim and/or the offender are located outside Singapore becomes ever more important. The POHA Act protects victims of harassment even when they are located abroad while their offender was in Singapore when engaging in offensive behavior or communication, or making corresponding publications.

Likewise, the POHA Act grants the same protections when the offender was abroad and acted or communicated in a harassing matter in relation to a person who was in Singapore at the time of such offence.

Finally, it’s worth mentioning that while this article focuses on regulations provided by POHA Act, the Protection from Harassment Act is not the only law in Singapore protecting against such offences. Please visit our Learning Centre if you are interested in reading about other remedies available under Woman Charter and Magistrate Complaints.

The anti-harassment laws in Singapore provide strong protection to victims of harassment, defending against the most known types of such offences in private and public life. The Protection Orders, along with high fines and penalty of long-term imprisonment, are intended to deter off the perpetrators and return the peace of mind for the victims.

Although the POHA Act and other regulations provide clear procedures for applying for remedies including civil claims, PO, EPO, NPO, Magistrate Complaints, and others, it might become quite challenging to go through all of them at the time of distress while under attack. Anyone experiencing the hardship of harassment is encouraged to seek the advice of experienced lawyers who will handle procedural steps, preparing and submitting evidence, as well as serving and applying the Protection Orders and other remedies.