Self Bankruptcy Application in Singapore 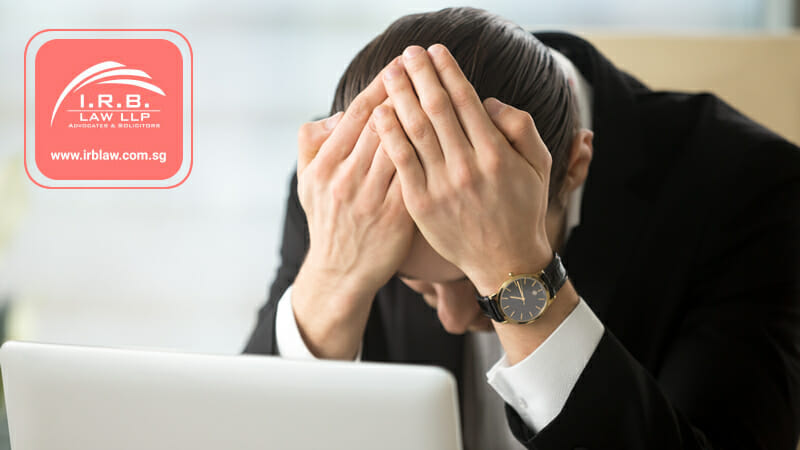 When a person cannot keep up with their bills and debts, the first thing that might come to their mind is bankruptcy. Bankruptcy is a legal status declared upon a person when they are unable to pay off their debts. If a person owes someone $15,000 which is payable immediately and is unable to repay, such person is declared bankrupt. Bankruptcy can be an overwhelming situation but is certainly not the end of one’s financial life, and understanding the laws and procedures surrounding the bankruptcy can help one navigate through the process better.

The Aim is to Aid the Debtor

The first question which might come to mind is why should one file for bankruptcy. There are certain benefits if a person files for bankruptcy voluntarily. The bankruptcy regime in Singapore is aimed to help both the debtor and the creditor stabilize their finances. The benefits for self bankruptcy application in Singapore are:

1) No more accumulation of debt: After an order is issued by the High Court declaring a person as bankrupt, no more interest can be charged on the principal amount owed. Thus the debt gets frozen at a certain amount.

2) Lower monthly repayments: Once declared bankrupt, the creditor cannot ask for unreasonable monthly repayments. Instead, the Official Assignee (OA) takes into consideration the requirements of the debtor and his family and decides a suitable amount that has to be contributed monthly. The monthly payments become much more reasonable and within the means of the debtor.

3) No more legal proceedings: Once the High Court has declared a person bankrupt, creditors are barred from suing that person for recovering debts incurred before bankruptcy against the debtor.

Can You File for Bankruptcy?

The debtor or the creditor can file for bankruptcy to declare the debtor as bankrupt. For the High Court to declare someone as bankrupt, certain criteria must be fulfilled. The debtor must owe an amount of at least $15,000 to the creditor, which is due immediately, and he is unable to repay. Other than this, section 310(1) of the Insolvency, Restructuring and Dissolution Act 2018 (IRDA), states that the debtor must fall into either one of these categories.

How to File for Bankruptcy?

Step 1: The first step is to obtain and complete the following documents.

The Affidavits should only be signed in the presence of a Commissioner for Oaths (CFO). Except for the Statement of Affairs, which can be handwritten, the rest of the documents must be typed.

Step 2: The next step is to deposit $1,850 with the Official Assignee by proceeding to the Insolvency Office managed by the Ministry of Law. One can also email the Ministry of Law’s Finance Department at [email protected] to request the payment instructions. An official receipt will be received within 4 working days after payment.

Step 5: The person will have to attend the hearing on the given date and time which is generally scheduled within 6 weeks from the date of filing of the application. If unable to attend the hearing, one must immediately write to the Registrar of the Supreme Court for a later hearing date stating the reasons for such request.

Your Assets after being Declared Bankrupt

Section 329 of the IRDA protects certain assets from division amongst creditors. Such assets are also not included in the bankruptcy estate. These protected assets include:

i) Property held by the bankrupt person as a trustee.
ii) The HDB Flat if at least one of the owners is a Singapore Citizen.
iii) Monies in the bankrupt person’s CPF account.
iv) Life insurance policies held on express trust for the spouse or child(ren).
v) Items or types of equipment required for employment or business like tools, books, or vehicles.
vi) Equipment or furniture for the requirement of the family.
vii) The remaining monthly income after contributing to the bankruptcy estate.
viii) Any annual bonus or wage paid as a supplement to the bankrupt’s income.

The person’s legal status would be bankrupt and his name would be listed in Singapore’s Bankruptcy Register. With the payment of a fee, this register can be searched by current and future employers and also the general public. The name can be removed from the register after a certain period after getting out of bankruptcy.

Obligations of a Bankrupt Person

Restrictions of a Bankrupt Person

1) Unless the Court approves, one cannot be appointed as a trustee or personal representative of any trust or estate.
2) Except on the grounds of personal injury or divorce, one cannot commence legal proceedings against any person without the OA’s permission.
3) Leave Singapore without the OA’s permission.
4) Without informing the lender about the bankruptcy status, one cannot borrow more than $500.
5) Without the permission of the High Court or the OA, one cannot act as the director or take part in the management of a business.
6) One cannot do any business without informing the clients about one’s bankruptcy status.

Certain privileges may be given to the bankrupt depending on the category they fall under. There are two categories – Green Zone and Red Zone. The bankrupt person may fall under either of these categories depending upon several factors, for example, filing the Statement of Affairs timely, the employment status of the bankrupt, timely payment of installments, full disclosure of overseas assets, nature of cooperation with the OA, etc.

Red Zone – Unsatisfactory conduct during bankruptcy places one in the red zone. They are withheld from traveling overseas, not permitted to manage a business or act as a director, and also assessed as unsuitable for discharge from bankruptcy.

A bankrupt person’s family will only be liable for the debts which they have co-borrowed or acted as guarantors.

A bankrupt person can continue working normally even after being declared bankrupt by the Court.

A bankrupt person or their spouse can commence divorce proceedings even after being declared bankrupt.

Options that can be Availed other than Bankruptcy

1) Debt Repayment Scheme (DRS): If the debt owed is not more than $150,000 and the debtor has a regular income, the Court may refer the debtor to DRS upon the bankruptcy application. The person would not be declared bankrupt if this option is availed.

2) Voluntary Arrangement (VA): This option is essentially a formal arrangement between the debtor and the creditors to repay the debt under the supervision of a nominee who can be a registered public accountant, a lawyer, or a person gazetted by the Ministry of Law who has consented to such appointment. This option has more advantages since it is less restrictive. One can apply to the Court for an interim order to suspend all bankruptcy proceedings if availing this option.

Methods to get out of Bankruptcy

1) By paying off all outstanding debt: The bankruptcy order can be annulled by full repayment of debt.
2) Making a proposal to creditors for repayment: The bankruptcy order can be annulled or discharged if all the creditors accept the proposal or at least 50% of the creditors holding 75% in value accept the proposal respectively.
3) Applying to the Court for an order of discharge: One can apply to the High Court for an order of discharge from bankruptcy.
4) By paying off the target contribution: The OA may issue a Certificate of Discharge once the target contribution has been fully paid or has not been paid due to extenuating circumstances.