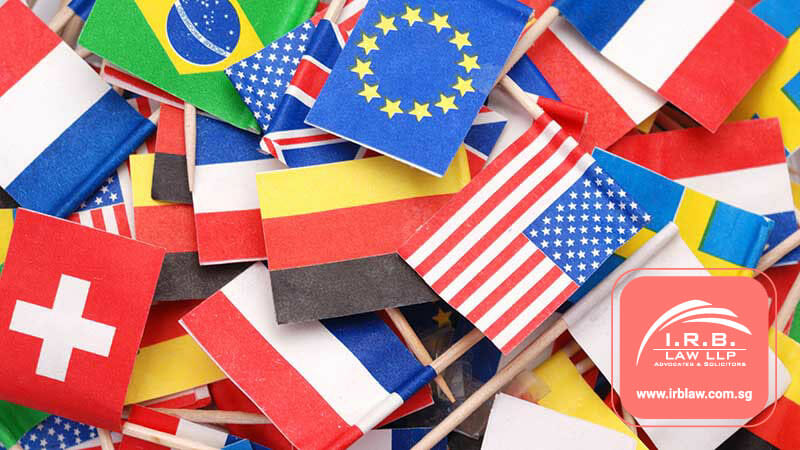 Divorce is a stressful period in anybody’s life formed in equal parts by emotional stresses as well as legal strains. The stress of this period is often made worst in cases of divorce wherein one or both parties are foreigners. While many of the proceedings remain the same as in local divorces, some aspects such as child custody and relocation, marriages in foreign countries and immigration statuses become more complicated.

Can you get divorced in Singapore if one or both parties is international?

Divorce proceedings between a Singaporean and a foreigner or even two foreigners can take place so long the following conditions are met:

In case these conditions are not met, the couple can wait out the 3-year time period, meanwhile agreeing upon the various aspects to draw up a Marital Agreement. This includes ancillary issues on the property, maintenance, custody agreements. In some situation, the Court may allow divorce proceedings to begin prior to completion of the 3-year period if the intention to be domiciled in Singapore can be proved.

The court makes a variety of ancillary orders including related to the continual care of any children to the marriage. There are four main types of orders in this regard:

What happens if one parent moves out of Singapore with the Child?

When one or both parents are foreigners, there may be a situation wherein a parent may move away from Singapore and take the child/children with them. Singapore law states that removing children without the permission of the other parent could amount to child abduction. Countries which are signatories to The Hague Convention on Child Abduction will ensure the safe return of children removed in this manner to Singapore.

The Court’s decision depends on what is best for the child. For instance, in AZB v AYZ, a primary-carer mother was allowed to relocate back to America as it was deemed that moving would enable her to get support from family and get a job for independence. However, in TAA v TAB, the father was not allowed to relocate to Spain with his three children as there was no real reason for him to move and it would be better for the children to remain in Singapore.

What can I do if I suspect my spouse will take our child out of the country?

If you have sufficient reason to believe that one parent is at risk of taking the child abroad while matrimonial proceedings are pending or one parent has custody to the exclusion of the other, you can use the assistance of a good divorce lawyer to apply for an injunction order to restrict them from doing so.

What are matrimonial assets?

Matrimonial assets are defined as the following under section 112 of the Women’s Charter:

Does the Singapore court handle assets that are under a different jurisdiction?

The same principles as above apply to assets held overseas, including overseas matrimonial homes, cars, jewellery, shares and savings. Once the court deems the item to be a matrimonial asset, it is included in the pool of assets to be divided. The division then takes place according to factors listed in section 112 of the Women’s Charter.

Does a divorce abroad hold in Singapore?

But if a marriage has been validly dissolved in another country, it cannot be dissolved again in Singapore. This means that if a couple gets divorced in a foreign country, the divorce proceedings cannot be repeated in Singapore.

Does Singapore recognise pre-nuptial agreements created in a foreign country?

Can people divorced in a foreign country apply for financial relief in Singapore?

Laws regarding financial relief after an overseas divorce are set out in section 121 of the Women’s Charter. Applications for financial relief can be made if a marriage has been dissolved, annulled or the parties are legally separated as per proceedings in a foreign country, and this is considered valid under Singapore law. This was applied in the case of Harjit Kaur d/o Kulwant Singh v Saroop Singh a/l Amar Singh where the wife filed an appeal to have the sale proceeds of a Singapore property divided after getting divorced in Ipoh.

However, the court must have jurisdiction to hear the application as well as deem it appropriate for Singapore to be the forum for an application.

What happens to my immigration status upon divorce?

If you are an Employment Pass holder, your immigration status will remain unaffected by the divorce. If you are on a Dependent’s Pass, however, it will be cancelled, and you will have to leave Singapore within 14 days. Alternatively, you would need to search for a job and apply for an Employment Pass.

If your spouse is a Singapore citizen and you are here on a Long Term Visit Pass, it might also be revoked following the divorce.

What happens in the case of Muslim international marriage and divorce?

Muslim foreigners or any foreigners married under Muslim law in a foreign jurisdiction can obtain a divorce in Singapore, subject to conditions. An expert’s opinion needs to be obtained regarding whether the marriage is valid under Muslim law. Once jurisdiction is assumed over the divorce application, the Syariah Court can make similar orders concerning foreigners as it does with locals.

In a key decision made in February 2017, Muslim divorcees who dissolve their marriage in a foreign country can still seek relief from the Singapore civil court for the division of assets.

Why might you want to get divorced in Singapore?

Singapore uses a fused legal system wherein only one set of legal fees is charged as opposed to two sets as in countries such as the UK. In contested cases, mediation is compulsory in Singapore, which could be more cost-effective if it is successful.

Any advantages concerning the division of matrimonial assets are dependent on the country’s way of dividing matrimonial assets. In Singapore, division depends on factors such as indirect and direct contribution to the accumulation of assets, needs of the parties, agreements made by the parties, etc. Contacting a good international divorce lawyer would be useful in working out the details.