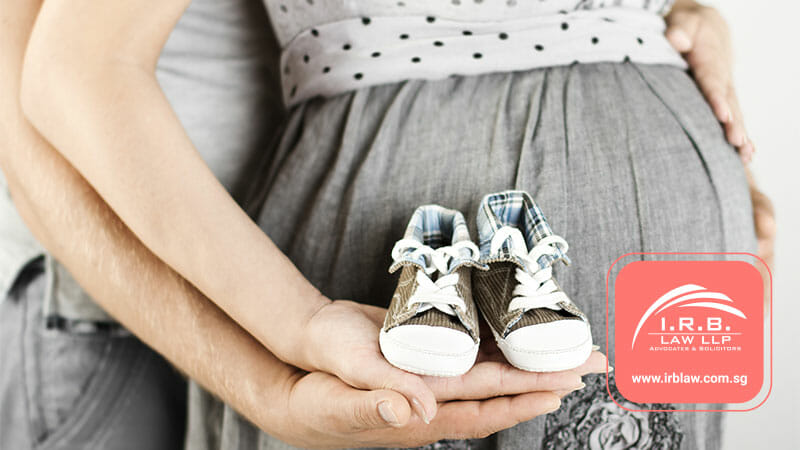 If you are expecting a baby, you will be happy to hear that Singapore laws provide for maternity leave and benefits. All expecting working mothers are entitled to either twelve or sixteen weeks of maternity leave, depending on your work situation and whether your child is a Singapore citizen.

Figuring out whether you are entitled to twelve or sixteen weeks of maternity leave can be difficult if you don’t know the law. You need to see if you are covered by the Employment Act or by one of the government-paid maternity schemes to plan your leave and finances around the birth of your child.

When do you qualify for paid leave under the Employment Act (EA)?

If the Employment Act covers you, you are entitled to paid maternity leave of twelve weeks, even if your child is not a Singapore citizen. To be covered under the EA, you must have worked for your employer for at least three months.

The Employment Act covers most workers, but there are some specific exclusions. The following workers are not covered:

If your child becomes a Singapore citizen within twelve months of the child’s birth, you may be able to take another four weeks of maternity leave and qualify for benefits under the GPML scheme. If not, you will only be entitled to twelve weeks.

Who pays for your benefits?

What is your position if you are not covered under the Employment Act?

When do you qualify for paid leave under a government scheme?

To qualify as a “working mother”, you must be:

If you meet all the criteria, you are eligible for sixteen weeks of government-paid maternity leave under the CDCA and the GPML scheme.

Who pays for your benefits?

The benefit you will receive is the same as the government portion you would have received if you qualified for benefits under the GPML scheme, i.e. eight weeks, or sixteen weeks if it is your third child. The amount is based on your gross rate of pay and employer CPF contributions, and net trade income you earned in the twelve months preceding your child’s birth.

To qualify for benefits under the GPMB scheme:

Must I take my maternity leave all at once?

No, you can spread it out over twelve months. By default, maternity leave starts four weeks before the expected delivery date and continues over the next eight or twelve weeks.

You could, however, negotiate with your employer and start anytime within the four weeks before your due date and take the first eight weeks continuously. You can take the last eight or four weeks flexibly over the twelve months from your child’s birth.

The responsibility is on the employee to come to a mutually acceptable arrangement with her employer. You must give your employer at least one week’s notice before going on maternity leave.

Can you share your maternity leave with your husband?

Yes, if you are eligible for Government-Paid Maternity Leave, you may choose to share a maximum of four weeks with your working husband. To qualify for shared parental leave, you must be legally married, and the child must be a Singapore citizen.

Are you entitled to leave when you adopt a child?

Yes, under the Child Development Co-Savings Act, a female employee is entitled to twelve weeks of adoption leave, provided that she meets all the eligibility criteria.

As an employee, you are protected against dismissal without sufficient cause and retrenchment.

You have an obligation not to work for anyone else during your period of maternity leave. If you do, you may be dismissed, and you will forfeit your maternity benefits.

The employer is obligated to pay your benefits that you are entitled to as if you worked without a break. The employer may not ask the employee to work during the first four weeks after the baby’s birth.

If an employee resigns or is dismissed with sufficient cause during the maternity leave period, she will forfeit her maternity leave entitlements. She will be subject to the same resignation or termination clauses as any other employee not on maternity leave.

Unfortunately, many women find themselves in a situation where their employment contracts are terminated when they fall pregnant. Dismissing an employee because she is pregnant is against the law in Singapore.

If you have worked for your employer for at least three months, and you had obtained a doctor’s certification of your pregnancy before you received any dismissal notice, you are protected against redundancy and dismissal without sufficient cause during pregnancy.

If you are made redundant or dismissed without sufficient cause, your employer must pay your full maternity leave benefits to you.

Pregnant employees can, however, still be dismissed for other reasons such as poor performance. These grey areas often give rise to maternity benefit disputes.

If you feel that you were unfairly dismissed, you should discuss it with your employer.

If you cannot resolve the issue and have not been paid your maternity leave benefits, you should file a claim with the Tripartite Alliance for Dispute Management. You can only file a claim if you are covered under the Employment Act or the Child Development Co-Savings Act.

If it is found that you were wrongfully dismissed, the Minister of Manpower may order the employer to:

Singapore law aims to facilitate an employment culture where pregnant mothers are supported and protected. If you feel that your maternity rights were infringed in any way, speak to a lawyer with experience in this field. The law is on your side.