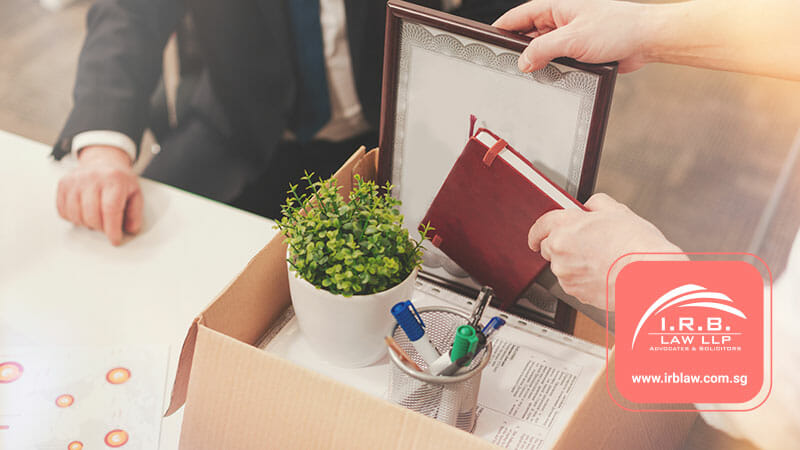 The new Employment Act, however, introduced a new definition of dismissal, which now includes constructive dismissal.

All employees (except seafarers, public servants, and domestic workers) now have statutory protection against wrongful dismissal, including constructive dismissal. The new Act extended this protection to managers and executives and those earning more than $4,500.

Employees who resign because they feel that they had no choice but to resign due to the employer’s conduct or omission, now have two options to claim recourse.

The employee can either bring:

Under the new Act, if employees can show on a balance of probabilities that they did not resign voluntarily but were forced to do so by the employer’s conduct or omission, the employer could be held to have wrongfully dismissed the employee without just cause or excuse. A case for constructive dismissal will be dealt with similarly to other wrongful dismissal cases.

If the employee chooses to take action under the ECT regime, they will follow the guidelines and process under the revised Employment Act 2019.

The employee may file a mediation claim with the Tripartite Alliance for Dispute Management (TADM) within one month of their last day of employment. Employees can either file the claim themselves, or if they are a union member, they may ask their union to assist them in filing the claim for mediation.

A professional TADM mediator will mediate between the employee and employer. No lawyers are allowed at these sessions. If mediation is successful, the mediator will draw up a settlement agreement.

If the dispute remains unresolved, the employee can take their case to the ECT. Under the Employment Claims Act, the ECT mediator must consider the principles of the Tripartite Guidelines when dealing with your matter. After mediation, the ECT will either dismiss the claim or instruct the employer to reinstate the employee and pay their salary from the date of dismissal to the date of reinstatement or instruct the employer to pay compensation for the wrongful dismissal. No lawyers are allowed at the ECT mediation.

There are guidelines as to what can be claimable for a wrongful termination situation and employees should familiarize themselves with these as this would be the basis of the awards in ECT. For e.g. employees can claim up to three months for loss of employment.

Although no lawyers are allowed to attend the TADM or the ECT mediation proceedings, you are entitled to obtain advice from a lawyer on the proper steps and procedures to follow.

If you are still not satisfied with the outcome of your claim, you can consult with a lawyer to consider filing a civil claim in court. This option may not be possible if the facts of the claims and damages sought after are similar / identical to those in ECT.

Remedies under the ECT regime

If the employee is successful with the wrongful dismissal claim, section 14(3) of the Employment Act states that an employer may be directed to:

Under common law, reinstatement is not often considered an appropriate remedy, but under the Act, it is now available to all employees, although it remains unclear in which circumstances ECT would do so.

Currently, monetary compensation will be assessed and determined by the Employment Claims Tribunal, taking the following into account:

Aggravating circumstances include humiliating or degrading conduct towards the employee, physical harm, false accusations against the employee by the employer, or any deliberate act by the employer to negatively influence the employee’s changes of subsequent employment.

Mitigating factors may also be taken into account. Examples would be where an employee engages in misconduct, insubordination, or poor performance by the employee.

Claiming recourse through a civil suit in the courts

Both cases confirms that to succeed with a constructive dismissal claim, the employee carries the burden of proving that the employer breached their and that the breach went to the root of the contract, i.e. amounted to a breach of a fundamental term of the contract.

In Cheah Peng Hock, the High Court set the burden of proof for constructive dismissal out as follows:

What is “fundamental” depends on the facts of the case. The exact content of the implied duty of good faith, mutual trust and confidence, and the specific consequences of a breach of such duty depend on each type of employment.

Generally, the implied terms of good faith, mutual trust and confidence means that the employer won’t, without reasonable and proper cause, behave in a manner aimed to, and likely to, destroy or seriously damage the relationship of mutual trust and confidence between employer and employee. For e.g. varying an employee’s job duties to such an extent that the job is changed to something substantially different from the original job designation would be an excellent example of a breach that goes to the root of the contract.

The High Court in Cheah Peng Hock also stated that the implied duty of mutual trust and confidence does not include a duty of good faith, but includes a narrower duty of fidelity, which entails that the employer must act honestly and faithfully. Further, this duty of fidelity can be limited or excluded by express terms in the employment agreement. Hence, it is important that companies review their existing employment agreements to ensure that this implied term of mutual trust and confidence is sufficiently limited in scope.

In Cheah Peng Hock, the chief executive officer was suddenly side-lined by certain organisational changes in the company which he was not consulted about. He was excluded from board meetings and decisions previously made by him as CEO were unilaterally reversed by the company. His authority in the company was undermined to the extent that he could not perform his duties. He decided to resign from the company. The court held that the employer’s conduct went to the essence of the employment contract; when he resigned, the employee accepted the repudiatory breach.

In Wee Kim San, the Appellant argued that his employer discriminated against him because of his homosexuality and that he was forced to resign as a result of the employer’s conduct. He argued that the implied term of mutual trust and confidence was fundamental to a contract of employment.

The Court of Appeal affirmed constructive dismissal as a cause for action.

What damages can be claimed?

In answer to the question of whether the employees should be entitled to additional damages beyond the amount payable under their contractual notice period, the court held that, in principle, the awarded damages should be the same as if the employee was legally dismissed. This would mean payment for whatever period that is stated in the notice period.

In essence, the court confirmed the settled common law principle that in premature termination such as constructive dismissal, the only consequence of the employer’s breach are damages limited to what the employee would be entitled to under the contract if lawfully dismissed. The employee will not be entitled to additional damages.

In Wee Kim San’s case, he already received more than what he was entitled to under the contractual notice period therefore his claim was dismissed.

It should be noted that in that case, the employee only claimed for financial losses due to the premature termination of his contract. He did not seek or argue for any additional damages such as “continuing financial losses” or damages for separate or distinct injuries due to the dismissal.

The burden is on the employee to argue and prove that the breach gave rise to additional losses. These claims would still be subjected to remoteness and causal. However, these cases mean that employees may still be able to pursue further damages against their employers if they are able to prove other losses / additional damages that are distinct from the termination of employment.

Employers should be mindful and cautious not to act in a manner that amounts to a repudiatory breach which leaves an employee with no other option but to resign.