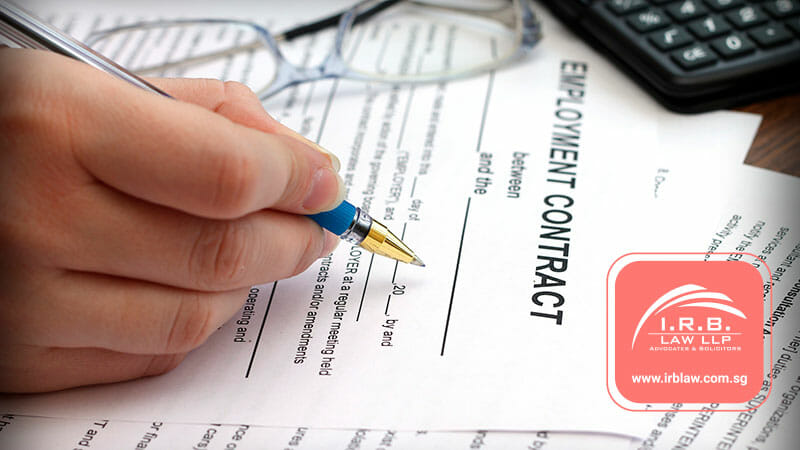 Employer-employee relationships depend primarily on the terms and conditions of the employment contract. In some instances, the employer wants control over the employee’s ability to leave the company, especially in situations where the employer will or has invested a lot of time and incurred significant expense to train and equip the employee with the necessary skill set to perform the job. In return, the employer often wants the employee to stay at least for a number of years for them to reap the reward of their investment.

Employers often wish to include an employment bond to protect themselves against employees leaving before completing a minimum time at the company. Generally, the court adopts a freedom of contract approach, and parties can include whatever they wish, however, the Court does intervene in cases where the terms of the contract are illegal or unfair.

What is an employment bond?

The reasoning behind such a clause is to protect the employer and provide compensation for losses suffered as a result of costs incurred in recruiting training, and possible losses that can incur until a replacement is hired and trained. The bond amount will also serve as a deterrent to stop the employee from terminating the employment contract before the agreed-upon time – i.e. to make the employee think twice before leaving their job.

If used fairly and reasonably, employment bonds can be a handy employer-friendly tool.

Unfortunately, in some cases, these employment bond restrictions are unethical, unfair, and to the detriment of the employee. Often these clauses state that the employee must pay excessive sums of money if they leave the company during the bond period. Some of the bonds are also imposed although there has been no training, upgrading, or upskilling. This is certainly unfair for employees who are penalized.

Fortunately, although the court adopts a freedom of contract approach, it will also protect employees against being exploited. The courts will not hesitate to hold an employment bond unenforceable if it seems excessive or it is deemed to be a penalty clause. Employers should bear this in mind when proposing the terms of a bond clause.

When is an employment bond enforceable in law?

The legality of bond clauses depends on the circumstances of each case. If the parties agreed freely and without any coercion to a pre-determined sum of money as a genuine estimate of damages, it might be valid and enforceable. If, however, it is one-sided or unreasonable, or the amount is disproportionate to what was invested in the employee, it will be held to unenforceable. Penalty clauses such as clauses that restrict an employee from leaving employment although no training, upskilling, or upgrading cost was expended are also illegal.

If an employee chooses not to complete the bond, they might have to pay the amount of liquidated damages provided in the contract. If, however, the amount of money is such that it is regarded as a penalty, instead of compensation and a genuine estimate of the loss, the court may decide that it is still illegal and unenforceable.

In recent years, the courts have held many employment bond clauses unenforceable on the basis that it amounts to a penalty and not compensation.

Simply put, the terms of the bond clause will determine its enforceability.

When is the provision a penalty according to the law?

In Singapore, the law governing the enforceability of penalty clauses is largely based on the 1915 House of Lords decision in Dunlop Pneumatic Tyre Company v New Garage and Motor Company (1915) AC 79. Even though this decision is more than a century old, it remains the law in Singapore and adopted in Xia Zhengyan v Geng Changqing [2015] 3 SLR 732. The decision stated that when the contract provides for liquidated damages to be paid in the event of a breach, it will be enforceable if the amount of damages is a genuine pre-estimate of the loss flowing from the breach (early termination) of the contract.

The court further stated: If the obligation or damages sought is extravagant and unconscionable in comparison with the loss that could conceivably be proved to have followed from the breach, the provision is a penalty and thus unenforceable.

Thus, if the amount is excessive or disproportionate to the loss suffered by the employer, it will be regarded as a penalty. It is not a genuine pre-estimate of the loss.

In 2015, the UK Supreme Court broadened this traditional test to distinguish between an enforceable liquidated damages clause and an unenforceable penalty clause. In Cavendish Square Holdings v El-Makdessi (2015) UKSC 67, the court stated that the real test for a penalty is “whether the impugned provision is a secondary obligation which imposes a detriment on the contract-breaker out of all proportion to any legitimate interest of the innocent party in the enforcement of the primary obligation”.

In simple terms the Cavendish test can be considered by asking the following questions:

According to the Cavendish decision, the answers to the above questions, based on the circumstances of the specific case, will determine if the clause amounts to a penalty or not. The fact that the amount is not a genuine pre-estimate of loss will not automatically make the provision a penalty clause. The Cavendish test is broader and takes into account all legitimate interests of the innocent party in imposing the secondary obligation.

Whether the courts in Singapore will follow the broader Cavendish approach remains to be seen. Some argue that it is becoming increasingly difficult to apply the “genuine pre-estimate of loss” test in modern complex commercial cases.

Are there any other defences available to an employee?

All the standard rules of contract law apply and must be adhered to when entering into an employment contract. It follows that all the normal defences will also be available when faced with a claim for breach of contract.

If, for example, the employee can show that they signed the contract under duress or coercion, or that they didn’t understand the extent of the bond, it might be a successful defence against an employment bond claim.

If the employer had far more bargaining power than the employee and induced the employee to sign an unconscionable contract, the court might declare the contract invalid.

Misrepresentation might be another defence. If the promised training, upgrading, and upskilling never happened, the employee cannot be expected to honour the employment bond.

The liquidated damages must also be a genuine pre-estimate of damages as compared to a penalty amount that is extravagant and unconscionable in amount in comparison with the greatest loss that could conceivably be proved to have followed from the breach.

Employment bonds are very useful for employers. It is an employer-friendly tool to deter employees who quit their jobs as soon as something “better” comes their way after the investment that the employer has made on the employee. It assists employers to minimise their losses in such situations as the employee is required to stay with the employer for a period of time.

Employees, however, should always have the right to resign, even during the agreed time period. An employment contract is not supposed to “enslave” the employee or stop the employee from leaving. It only allows the employer to claim for the genuine pre-estimate of loss if the employee leaves during the bond period. It seems fair that the employer should be able to receive compensation for money spent on training and grooming the employee.

Although the courts will lean towards holding a party to their contractual obligations, it is clear that the courts will not hesitate to declare employment bond provisions unenforceable if it is excessive or disproportionate, and, in fact, amounts to a penalty. The pre-determined amount must be reasonable and proportional if the employer wants to enforce it.

In the absence of guidelines by the tripartite partners, for now, and in accordance with the Dunlop decision adopted in our Court, the bond amount of damages must be a genuine pre-estimate of the loss to be enforceable. An employment bond clause cannot impose a disproportionate secondary obligation, although it remains to be seen if the courts will follow the new approach in the Cavendish case.