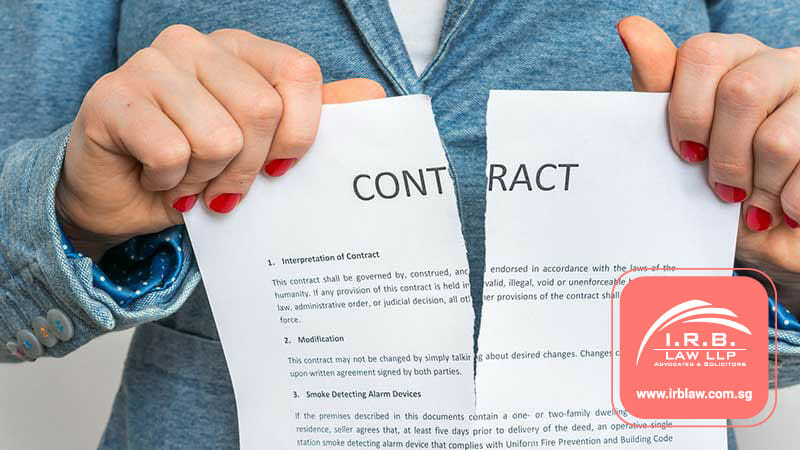 A breach of contract happens when a party, without valid justification, fails to carry out his or her obligation as stated in the contract.

Examples of a breach of contract:

a. Party has failed to fulfil a contractual obligation

Besides express terms, there are other sources of contractual obligations. These sources are as follows:

When the parties of a contract have missed out an important term and because of that the contract is invalid, the court may decide that an implied term should be included in the contract.

b. Valid Justification is not available

A valid justification can be stipulated in 2 ways i.e. contract or law.

For instance, a supplier of goods is allowed by a price adjustment clause stated in the contract of sale to adjust the price reasonably. This is provided that the supplier has a valid justification to do so, for example, if their own cost of production or material costs has risen. It is considered a breach of contract if the supplier refuses to perform the contract due to another buyer agreeing to pay a higher price.

Remedies for Breach of Contract

Although an aggrieved party may sue the defaulting party for breach of contract and claim monetary compensation (also knowns as damages), the aggrieved party must prove to the court that they have taken reasonable steps to mitigate their losses.

It is an order granted by the court to instruct or compel the party in default to perform their duty as stated in the contract. The court will not grant this order in every breach of contract suit and such an order is granted only when monetary compensation are not considered as an adequate remedy to the breach of contract. For instance, a contract which involved the sale and purchase of a house, land, limited edition goods, art sculpture or painting at an auction, etc.

This is an order granted by the court to compel a party to fulfil their promise of not doing something. Similar to specific performance, the court will grant this order when monetary compensation is deemed inadequate to remedy the breach of contract.

Settling a Breach of Contract Dispute

There are 4 ways to settle a dispute concerning breach of contract:

Formal and expensive method to resolve a breach of contract dispute.

Less formal and cheaper. It aims to reach an amicable or win-win settlement for both parties.

Less formal, less expensive and faster way of settling a breach of contract dispute. Parties are not required to be represented by lawyers. It handles the claims up to $ 10,000 or if the parties have consented, the claim can be up to $20,000. More information on the small claims tribunal.

4. Employees who are under the governance of the Employment Act:

The Ministry of Manpower can deal with employment contract disputes.